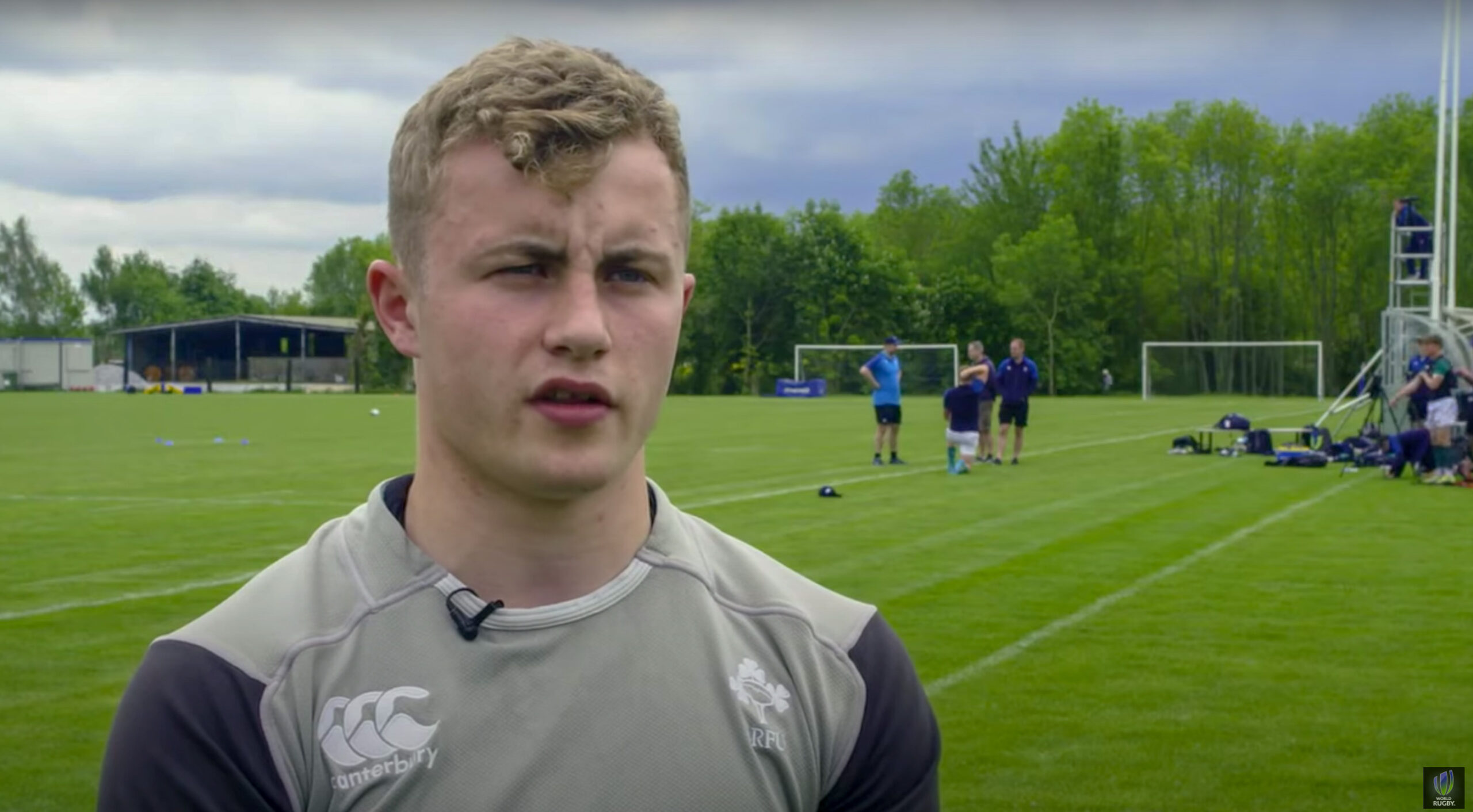 Munster’s Craig Casey, an exciting young talent is in line to make his Ireland debut this Sunday if taken from the bench in round 2 of the 2021 Guinness Six Nations Championship when Ireland face France.

Conor Murray picked up a hamstring strain in training this week and has been ruled out of the game. Jamison Gibson Park comes in to start at 9 while Casey is named in the replacements.

The twenty-one-year-old Craig Casey made his first Guinness PRO14 start for Munster in their 19-14 away win against Connacht in round 8. Later making his European debut for the province in their 39-22 defeat away to French club Racing 92 in round 5 of the 2019-2020 Champions Cup on January 12, 2020.

Casey caught the eye of many during his rugby days at Ardscoil Ris, captaining the Limerick school to the semi-final of the Munster Senior Schools Cup in 2017 and he later progressed to the Munster senior squad in 2019 after spending two years in the Munster Rugby academy.

The Shannon RFC clubman won the John McCarthy Award for Academy Player of the Year in April 2019, the scrum-half was later named as vice-captain in the under-20s squad for the 2019 Six Nations Under 20s Championship which saw Ireland secure a grand slam victory for the first time since 2007. He held that role throughout the 2019 U20 World Championships in Argentina.

Casey spoke to Rugby World early on this year speaking about his childhood heroes saying, “Peter Stringer was someone I looked up to. He was the scrum-half for Munster and Ireland won trophies with both. That’s something I’ve always wanted to emulate.

Growing up I also had my uncle, Mossy Lawler, who was playing for Munster. He was always able to give me a helping hand. Then as I got a bit older I started studying a lot of Aaron Smith’s games; he’s someone I try to take a lot from.”

All of us at I Love Limerick wish Craig and all the team the best of luck over the weekend against France in Round 2 of the 2021 Guinness Six Nations Championship.