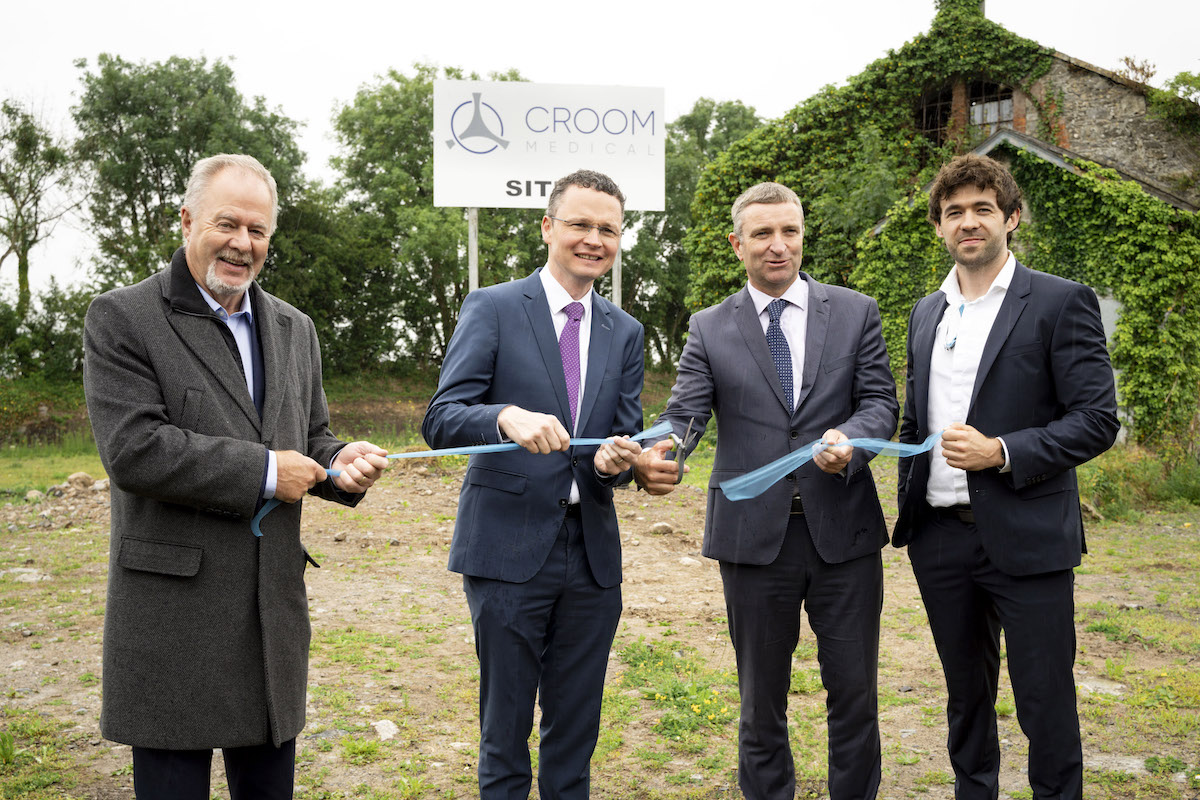 Croom medical to create 80 jobs- Limerick TD’s Patrick O’Donovan and Niall Collins pictured above  in Croom cutting the ribbon on a new site for Croom Medical with Paddy Byrnes, Founder and Director and Patrick Byrnes, CEO.

Medical device manufacturing business Croom Medical has announced plans to create 80 jobs as it opens a new €12m facility in its home town of Croom in Co Limerick.

The company has also announced plans to develop a further manufacturing facility in the area which is expected to open in 2023.

As well as the 80 new jobs announced today, Croom Medical said it expects to create more jobs next year.

The company employed 45 people just a year ago, but that number is on target to rise to 170 by the end of this year as it scales up its operations in response to rapidly growing demand.

The company is located close to a hub of global medical device manufacturers who have significant operations located in the South and West of Ireland.

It has longstanding relationships with a number of these international players including several household names in the MedTech sector.

Croom Medical was set up by Paddy Byrnes in 1984 and focuses on the machining and handling of precious metals for use in a sterile environment. The company is now led by CEO Patrick Byrnes – the son of the founder – who joined in 2018.

In 2020, growth capital investor BGF announced a multi-million investment in a minority position in the company. Enterprise Ireland is also a shareholder in the business.

At the time of the BGF investment, Michael Maher, the former Chief Operating Officer of Glen Dimplex, was appointed as Non-Executive Chairman. Mr Maher was a co-investor alongside BGF in that year’s capital raise.

Croom Medical CEO Patrick Byrnes said the company has experienced rapid growth on the back of significant investment in research, development and innovation in medical device manufacturing technologies over the past four years.

“Our state of the art facility hosts some of the most advanced manufacturing technologies in Ireland. We have made a number of strategic investments in Additive Manufacturing (3D Printing), Advanced Machining Centers and Automation,” Mr Byrnes said. “Our team is looking forward to increasing our footprint to facilitate 80 new high value roles in order to meet customer demand on a global level,” he added.