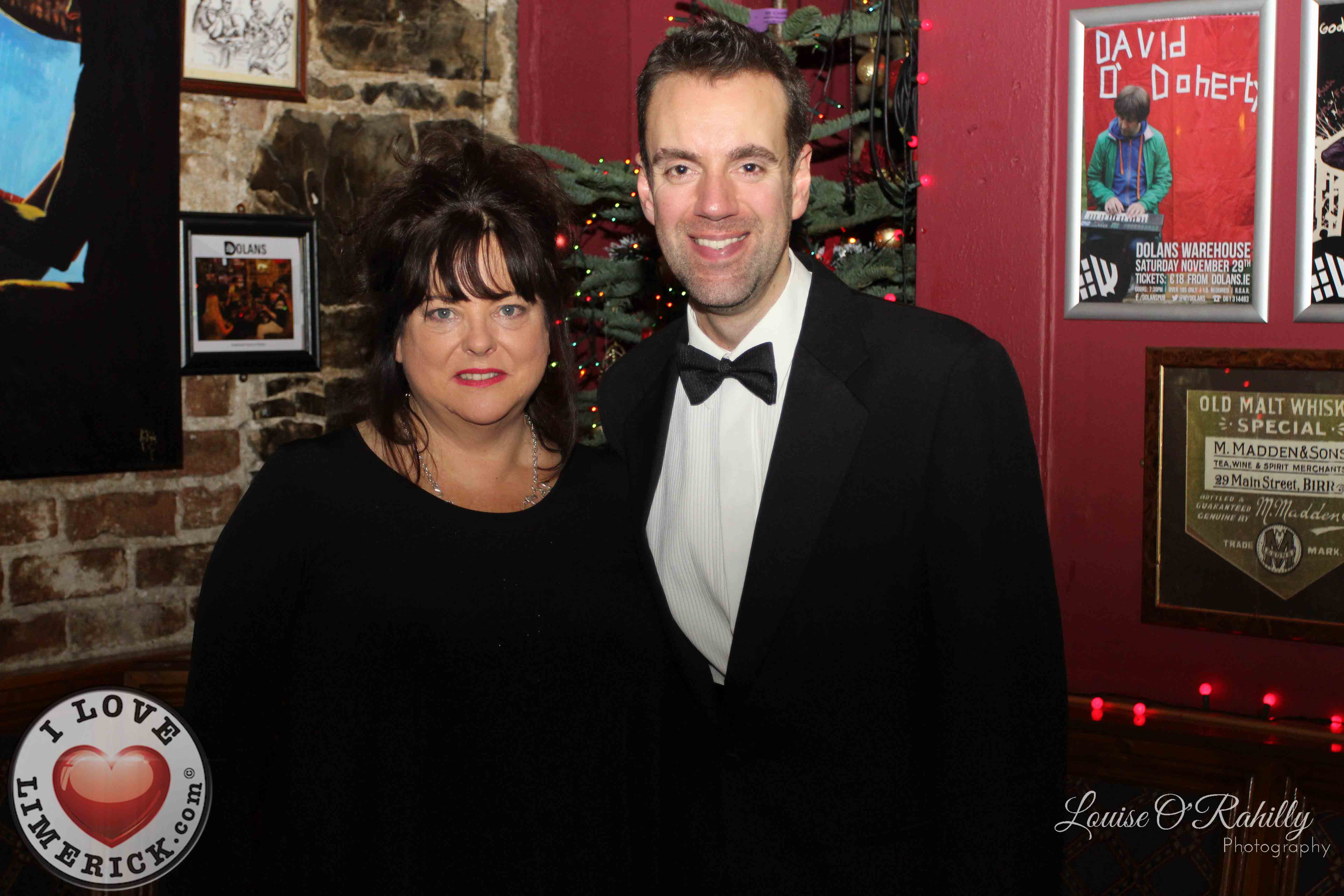 Crooning at Christmas at Dolans Warehouse

Limerick man Liam O’Brien’s yuletide celebration of the swing era, Crooning at Christmas, is synonymous with the Irish holiday season and will be celebrating its tenth year in Limerick on Sunday December 21st in Dolans Warehouse.

Not since Rudolph saved the day has someone lit up the Christmas season as often as former Emmerdale star O’Brien, who pours his heart and considerable talents into the much loved show every year, enlisting a superb supporting cast to aid him.

Having debuted the show in 2004 in Limerick and played throughout Ireland over the last 10 years, Liam is most well known in recent years for his performance as Dean Martin in the West End hit ‘The Rat Pack – Live from Las Vegas’.

Performing on a UK, European and American tour, the Liverpool Echo said:

Our upcoming show sees Liam backed by his long-standing partners in The Million Dollar Swing Band – including musical direction by the exemplary American double bass player Peter Hanagan (who played with Norah Jones in his native New Mexico).

“We are celebrating ten years of the show this year by playing some of Ireland’s most wonderful venues”, said the one time soap star.

“Limerick City of Culture has given its local artists a platform this year, and celebrating our 10th anniversary and touring across the country is something just as important to us.”

Indeed it was while playing curate Ethan Blake for years on ITV’s hit drama that he began singing swing in the upbeat lounge and bar jazz scene in Leeds. It even led to a solo Christmas performance on stage at the Royal Albert Hall in Carols with the Stars.

“That was certainly one of my career highlights. You just don’t get many venues more respected and well known than the Albert Hall and it was a capacity crowd raising money for Leukemia Research”, Liam continued.

“I was back stage looking at photos of Frank Sinatra, Liza Minnelli, The Beatles and Tom Jones and thinking I’m about to go out and sing on their stage. It was terrifying but an experience I’m very grateful for.”

“My father Tim had sadly passed away the year before and my mother Anna was in the audience. I just kept thinking how proud he’d be. He came up with the concept of Crooning at Christmas with me in 2004 and saw its first and only incarnation. To this day I still do the show in my father’s memory”.

Liam received ideal training for his Crooning shows after that with a two-year engagement touring the world playing Dean Martin in The Rat Pack – Live from Las Vegas and its Christmas spin-off.

The Olivier nominated show has run for over a decade off and on in the West End and Liam played the show at London’s famous Palladium theatre, all over the US and Europe, and on national tour in the UK.

“That was a dream job for me. Having the acting chops to play Deano, and singing my favorite kind of music at the same time” said Liam. “In that case we were singing with a 15 piece big band and I got to travel to Sweden, Denmark, all over the US and UK with the show performing to up to 2000 people a night.”

“Crooning at Christmas features a lot of the great material those singers made famous for the holidays. Every year we put in new tunes by Connick, Buble or contemporary artists as much for ourselves as the audience just to keep things fresh.”

O’Brien and a special guest will perform the classics – Bing Crosby’s White Christmas, Dean Martin’s Baby It’s Cold Outside and Frank Sinatra’s Have Yourself a Merry Little Christmas among many more.

Tickets are available at www.Dolan.ie or by calling 061 314 483. The show is expected to be a sellout so early booking is advisable for this two-hour show with doors opening at 7.30pm. Tickets are priced at €18 with a pre-gig menu priced at €12.95.

Check out Dolans on Facebook at www.facebook.com/DolansPub
You can read more about events taking place in Dolans Warehouse right here!