CUBE 20th Anniversary in business celebrated with a new look 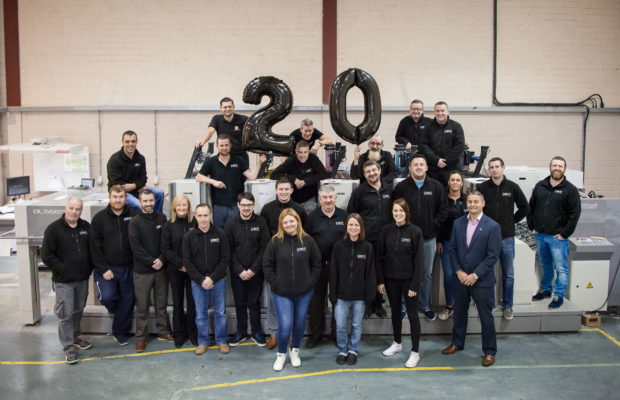 CUBE 20th anniversary in business is being celebrated with exclusive guided tours of their facility and charity coffee day on November 18 at their premises in Eastway Business Park, Ballysimon Road, Limerick.

A milestone is fast approaching for CUBE, as it celebrates its 20th anniversary with a completely new look.

CUBE is a leading supplier of design, print and packaging solutions who prides itself on its commitment to exceeding customer’s expectations. CUBE cater for customers in the medical technology and pharmaceutical field, luxury hotels and corporate sectors. The indigenous Limerick company is owned and run by Brendan Ring, who is assisted by Sales Director and former Limerick hurling manager TJ Ryan. This year CUBE celebrate 20 years in business with over 30 staff in their 12,000 square foot purpose-built facility on the outskirts of Limerick City.

In 2015, with the CUBE 20th anniversary approaching, management reviewed the company and its vision for the future. It was decided that 2016 should be a standout year in CUBE’s history; hence the decision to rebrand the company, in doing so, CUBE, formally known as Cube Printing Ltd., is now correctly positioned as the leading print supplier in the Midwest. After the loss of a major client during the recession, the company went through an extremely difficult period to survive. They had no choice but to reduce their workforce by half. With a dedicated and loyal team, the company slowly built itself back up. 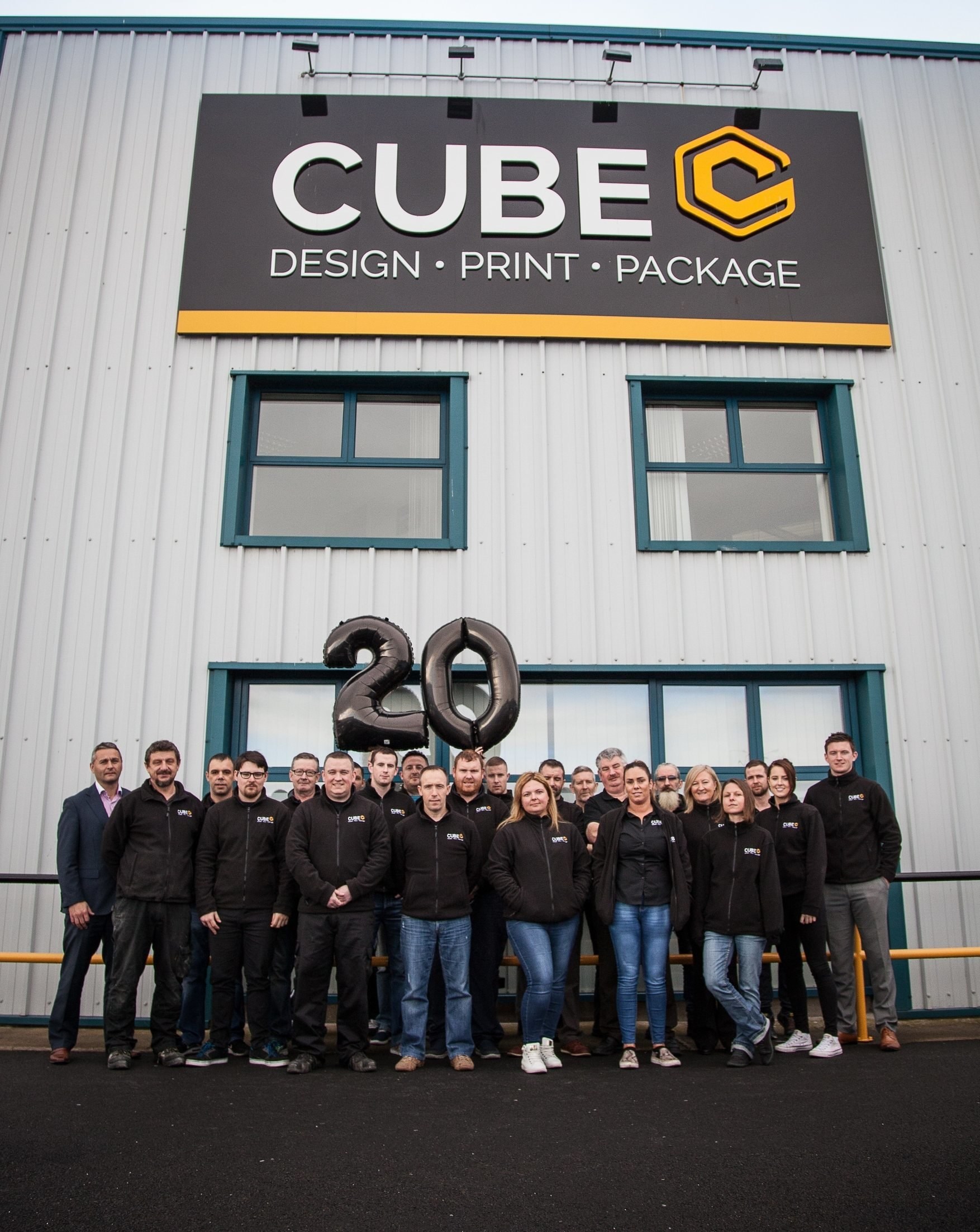 Today, they are stronger than ever and hungry to reach higher levels of success. The rebrand was a big investment but a strategic move they felt was necessary.

Brendan Ring, MD said “We are delighted with our re-brand and I am confident that CUBE is now representing itself as the centre of excellence we have always been. We are ready for continued growth over the next 20 years and beyond.”

CUBE has bolstered its staffing levels by hiring specialized personnel in Operations, IT and Marketing. The company has invested heavily in expanding its administration and warehousing facilities with investments in state of the art manufacturing and inspection equipment. TJ Ryan, Sales Director at CUBE gives full credit that the continued growth of CUBE is a direct result of the loyalty of their customers. TJ goes on to say that “We are very proud of our reputation for always looking after our customers and providing them with the best possible service. We get a lot of repeat business and are grateful for the fantastic client base we have built over the years. We’re excited to see where the next chapter will take us”.

CUBE are celebrating their 20th anniversary in business with exclusive guided tours of their facility and charity coffee day on November 18 at their premises in Eastway Business Park, Ballysimon Road, Limerick and in doing so are aiding three local children’s charities; CARI, the Neonatal Unit at UMHL and the Children’s Ark. All are welcome to attend.

For more information on CUBE, visit their website here.
To read more about businesses in Limerick, click here.