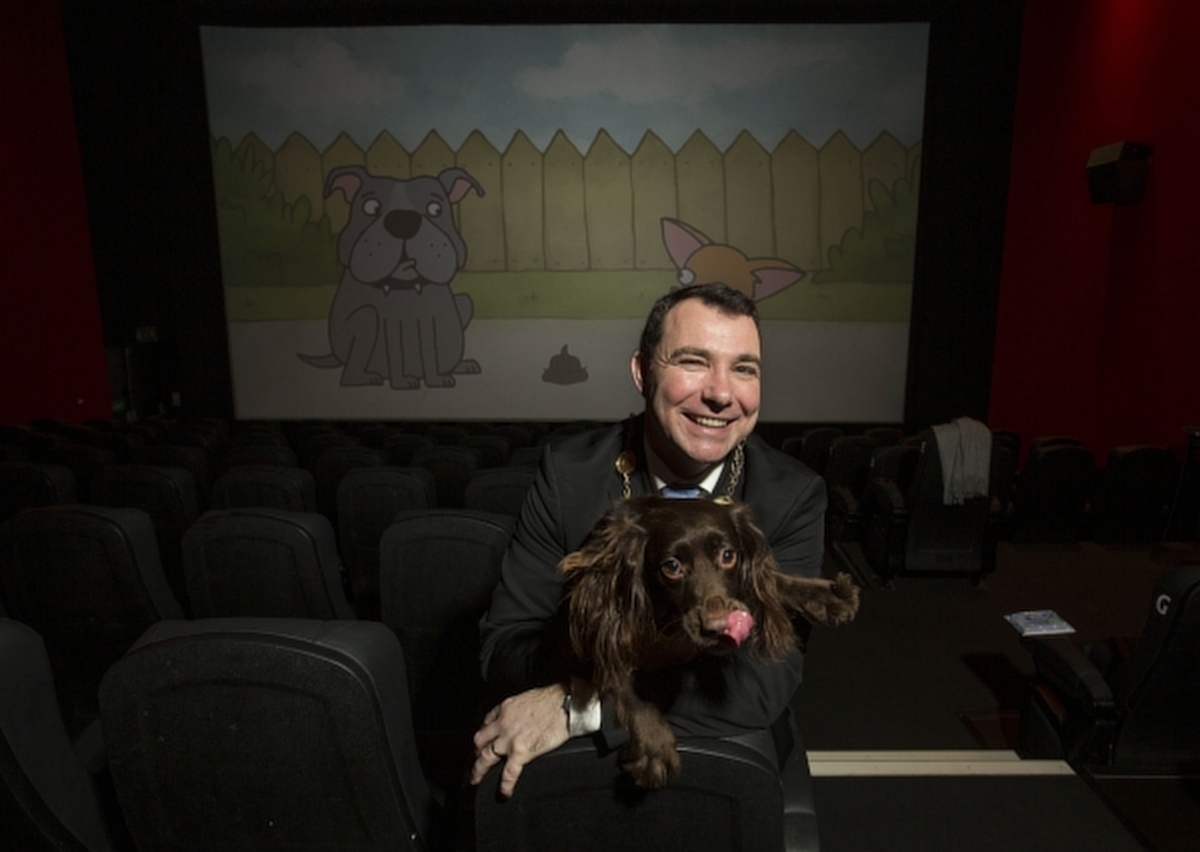 A new Dog Pooh campaign urging dog owners to clean up after their dogs has premiered in cinemas across Limerick.

Dog Pooh! is a catchy anti-dog fouling animation composed and created by Annette McNelis.  The ad features two people comparing their disgusting dog poo experiences. One is a child whose scooter is destroyed by poo while the other is a person in a wheelchair who had her wheelchair ruined as owners never cleaned up after their dogs.

It has been customised by Limerick City and County Council and will run on social media as well as cinemas.

The cinema Dog Pooh campaign is the latest in a series of awareness campaigns urging dog owners to clean up after their animals.

As the weather improves more people will be enjoying getting out and about walking and jogging on the roads and trails around the city and county, and it’s crucial that they are kept clean of dog poo.

Aside from the unpleasantness of steeping in dog poo, there can be some serious risks associated with not picking up your dog’s poo.  Bacteria and organisms in faeces can get on our hands and, through day-to-day living, can inadvertently get in our mouths.  This can lead to diarrhoea, vomiting, and fever as well as intestinal illness, and in some cases severe kidney disorders in people.

Mayor of the City and County of Limerick Cllr James Collins said: “It is incumbent on all dog owners to clean up after their dog.  It is unfair on those who are out for a walk to have to sidestep loads of dog poo as if they are on an obstacle course.  Dog owners who don’t scoop the poop are being totally inconsiderate to their neighbours and friends.”

“Cleaning up shows that you have civic pride in your area and you want everyone to enjoy it.  The message is simple, please clean up after your dog.”

Sinead McDonnell, Environment Awareness Officer with Limerick City and County Council, added: “We are trying to get the message across to different audiences.  Using cinema advertising allows you to target a variety of different audiences all at the same time.  Also, they are a ‘captive’ audience as they are unable to fast forward the adverts like they can on social media or other programme apps.”

“Our message is clear.  Please clean up after your dog, and you can use any bag and any bin.  If there is no bin around, please dispose of the poo at home.”

For more stories on the Limerick City and County Council, click HERE