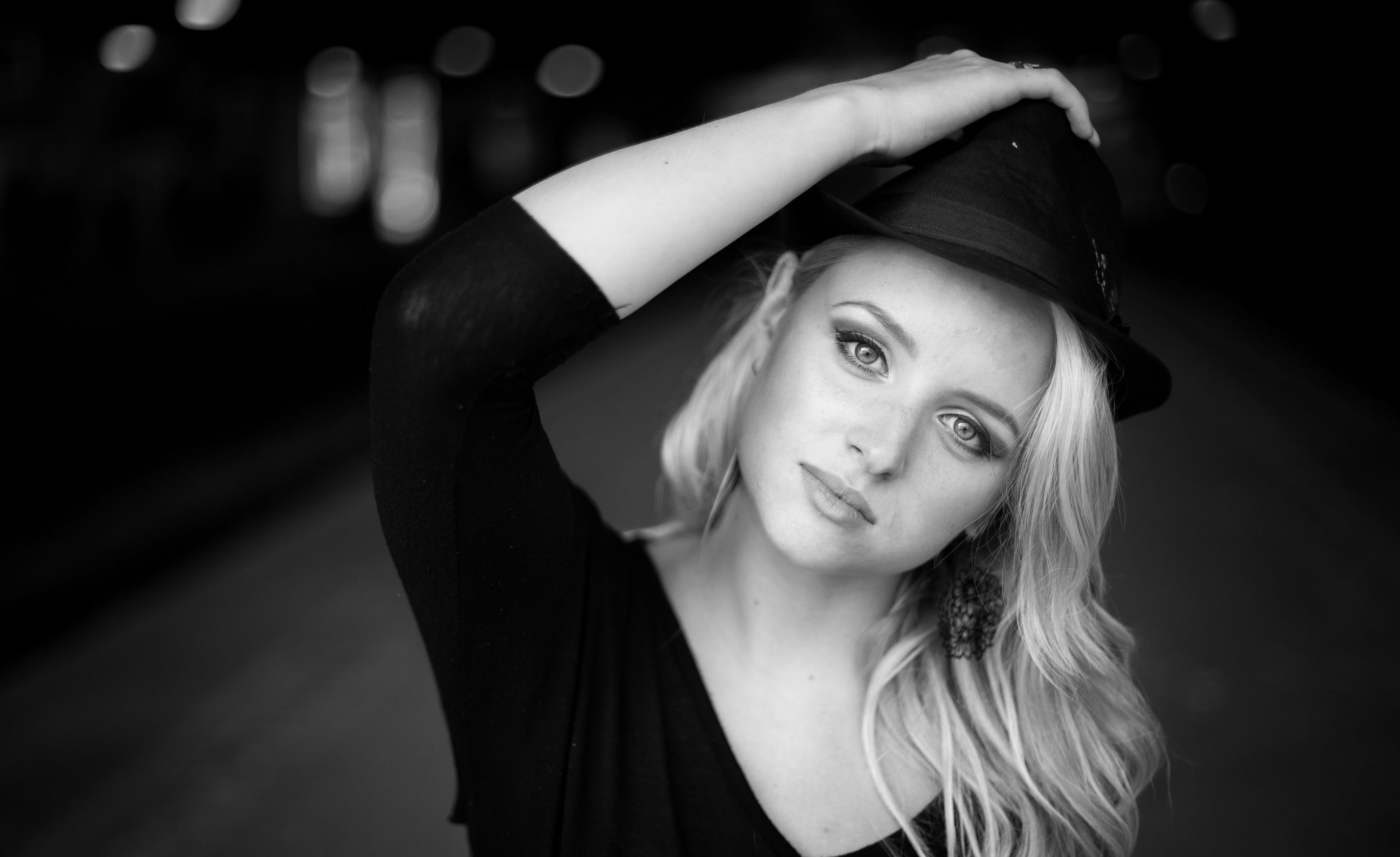 Limerick has produced some of Ireland’s greatest music acts. From international bands like The Cranberries to national stars like Leanne Moore, Limerick is known for its music scene, and Dora Gola could well be the next big name to break out. A singer-songwriter and dancer based in Limerick, Gola is going from strength to strength, headlining at Dolan’s Upstairs and Pharmacia to massive success.

After completing the BA in Voice & Dance (Limerick) and MA in Music Performance (Cork), Dora Gola continues to pursue a career in music, holding true to her sound and vision as an independent artist. In 2016, Dora Gola released her debut music video to the song “I’m Not”, which was successfully launched at the Richard Harris International Film Festival, followed by screening at the Cannes Film Festival in 2017.

As excited as Dora Gola is about recording her debut EP, she also needs to pay for the process. To get the funds together, Gola has recently launched a Kickstarter campaign for her forthcoming EP, which aims to raise €3,000 by the 16th of April to fund for studio time and production for Gola’s EP. Dora Gola appreciates the amazing support she has received so far and hopes that with that same support she will be able to finish work on her debut EP. if you would like to support Dora Gola’s debut EP, go here.

Dora Gola recently spoke to ilovelimerick about her career so far and her plans for the future.

What made you want to pursue a career in music?

Music has been my passion since I can only remember. It was completely natural for me to go with music. I never analyzed if I could make a living out of it or if there is enough jobs in the music industry for me to be worth specializing in this discipline. Out of ten choices on my college application, I put only one: BA in Voice & Dance. I did not see the point of doing something I am not passionate about.

Your single “I’m Not” is a very powerful and raw ballad. Is that the sound you wish to pursue or would you hope to change it up?

‘’I’m Not” has been through a lot for song, I wrote it about 6 years ago and brought it back to live with my dear friend and extremely talented pianist from Los Angeles – Ryan Whyman. I wanted it to be raw and real. We recorded it in his kitchen 4 years ago with a buzzing fridge in the background and what came out was a song that brought tears to many of my friends’ eyes. I wanted to keep the song alive but to be able to bring it to my gigs it needed to be updated (Although I wish I had Ryan with me every time I sing that song). I changed the arrangement a tiny bit just to keep it fresh!

What was the inspiration behind “I’m Not”?

It will not be a surprise if I say it was inspired by a broken heart. We often feel down and overwhelmed but we keep trying to put a smile on our face and pretend we’re okay. In this song, I wanted to say that it’s okay to not be okay. And I wasn’t when I was writing this song. 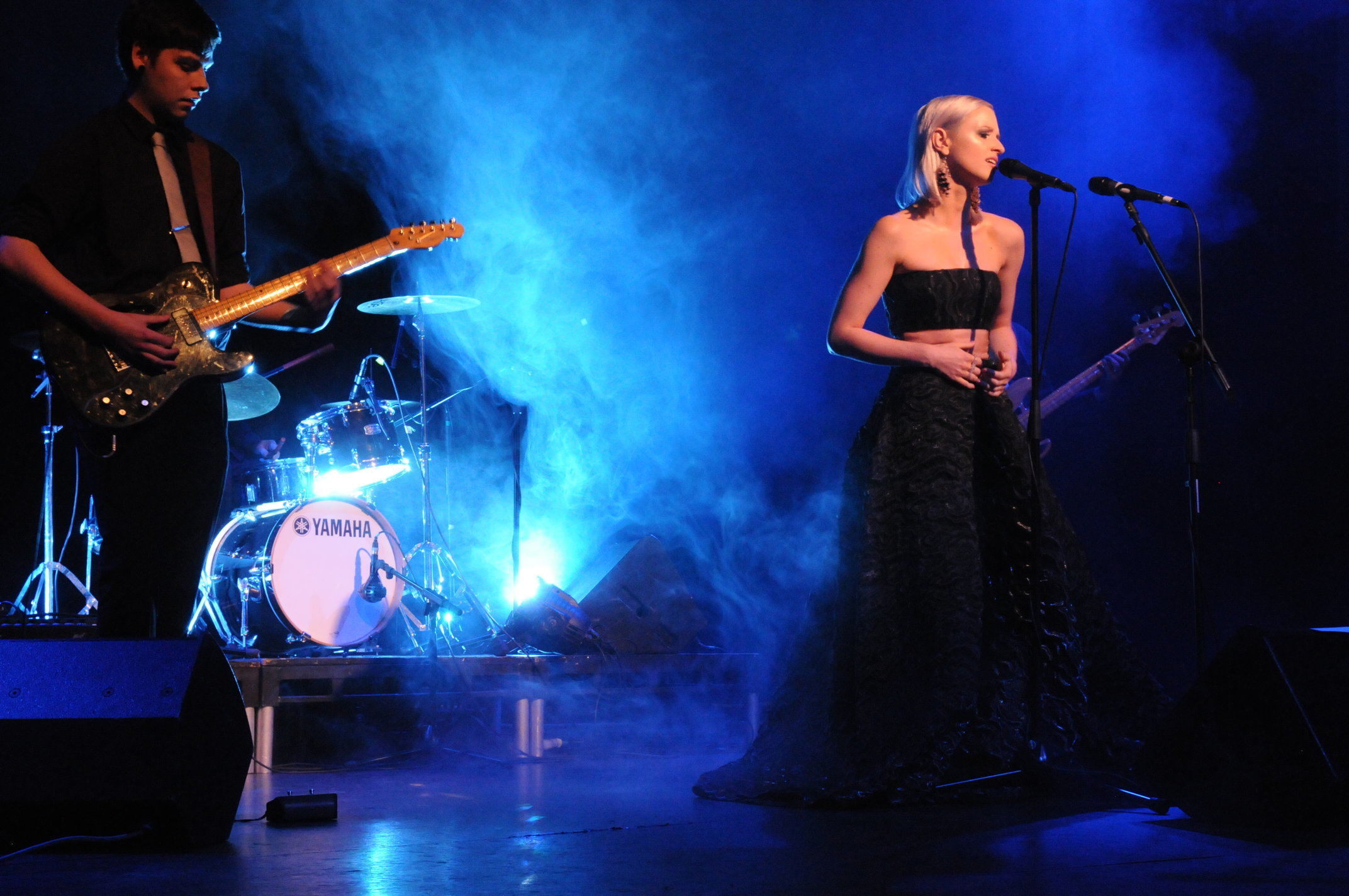 “I did not see the point of doing something I am not passionate about”. Picture: Paul Mullins

The music video for “I’m Not” was screened at the Richard Harris International Film Festival and Cannes Film Festival. How was that experience?

What can I say….watching my music video on the big screen was awesome! I’ve never been so happy, excited and nervous at the same time. It was a launch at the festival thanks to Zeb and Sylvia Moore, the founders of the RHIFF so everyone has seen it for the first time. I was very proud of it. Cannes Film Festival, I still cannot believe it actually happened.  This video would not have happened without my best friends and professional filmmakers from Magic Hour Video who have helped me to get my vision onto the screen. I feel extremely thankful for all of this and all the people that made this happen for me.

In 2018, I’ll be getting into the studio and recording my first, debut EP. I’m very lucky to be working with one of the top class musician and producer Dave Keary from the Red Door Production in Limerick, who is also a former guitarist for Van Morrison. The EP will also feature Paul Moore, which is the former Musical Director of Riverdance and Bass player for Van Morrison. I am working with some incredible live band musicians that I’ve been already playing shows within Dolans Limerick and Cyprus Avenue in Cork: Sven Warner on the guitar, Shane Collins on the bass and Adrian O’Connell on the drums.  I’m also very proud to say the founder of the Richard Harris International Film Festival – Zeb Moore is taking a role in my management. 2018 is going to be a very exciting year for me!

What inspired your EP from its sound to its lyrics?

This EP will be my debut and self-titled release so I would like it to be the reflection of me and my stories, my emotions and my experiences. All the songs on the record will be written by me and are inspired by true events from my life. I’m not focusing on a specific genre. I don’t like having to put myself in a box. The music comes from the within so let it speak for itself. The sound on the EP will be heartwarming, happy but nostalgic: full of hope, but filled with pain and often struggle. I hope people will be able to apply it to their own lives, find a moment of nostalgia but also drive along the coast, feeling the sun on their skin and embrace the good that surrounds us.

When you are writing and recording a song, do you like to have a specific vision or do you prefer to let your creativity run wild?

The truth is that when I’m writing a song, I often don’t know what it’s going to come out. I try not to analyze or plan what I should write about. When I feel the need of writing I just sit down with my guitar and write. Sometimes I just write lyrics that come to my mind, often recording the melody I have stuck in my head on my phone in the most awkward situation and places. Once I had a writer block, so I wrote a song about the fact I couldn’t write anything. I named the song “Do What You Can’t”.

Who are your Biggest influences?

It’s a tough one. A big part of my musical influences comes from my dad and the music he would listen to. My main would be Pink Floyd, Mark Knopfler, Dire Straits, Kate Bush, Sade, Tracy Chapman, Indie Arie, Lauryn Hill, Micromusic, Mela Koteluk. I could go on with that list forever….

What would be your advice for young musicians?

The main thing I would say is be yourself. Do what your heart tells you and what you believe in. We can’t make everyone like us or like our music, so make sure you’re happy with the direction you’re going with. Set your goal and focus on getting there. Step by step, notice every success that happens to you every day. Work on your weak points and embrace your strengths. Find the right people that will be able to give you direction and ask them for constructive criticism, which will help you develop and grow. Don’t let hate and negative people dictate what you should do (Those usually do nothing and waste their energy on putting others down, rather than using it to make their own dreams come true). Be selective with who you work with (this one is hard because it can often slow down your journey, but hey nobody said it will be quick and easy) but set yourself a standard you would like to aim for and focus upon it.

The most important one: enjoy it. Playing music, singing, dancing should be giving us joy and make us happy. Do not get jealous of other artists that are where you would like to be – even more: Support them, ask them how they got there. It is okay to ask questions, you are still learning (And so do I) and remember that this is your journey, at the end of the day you are the one making choices.