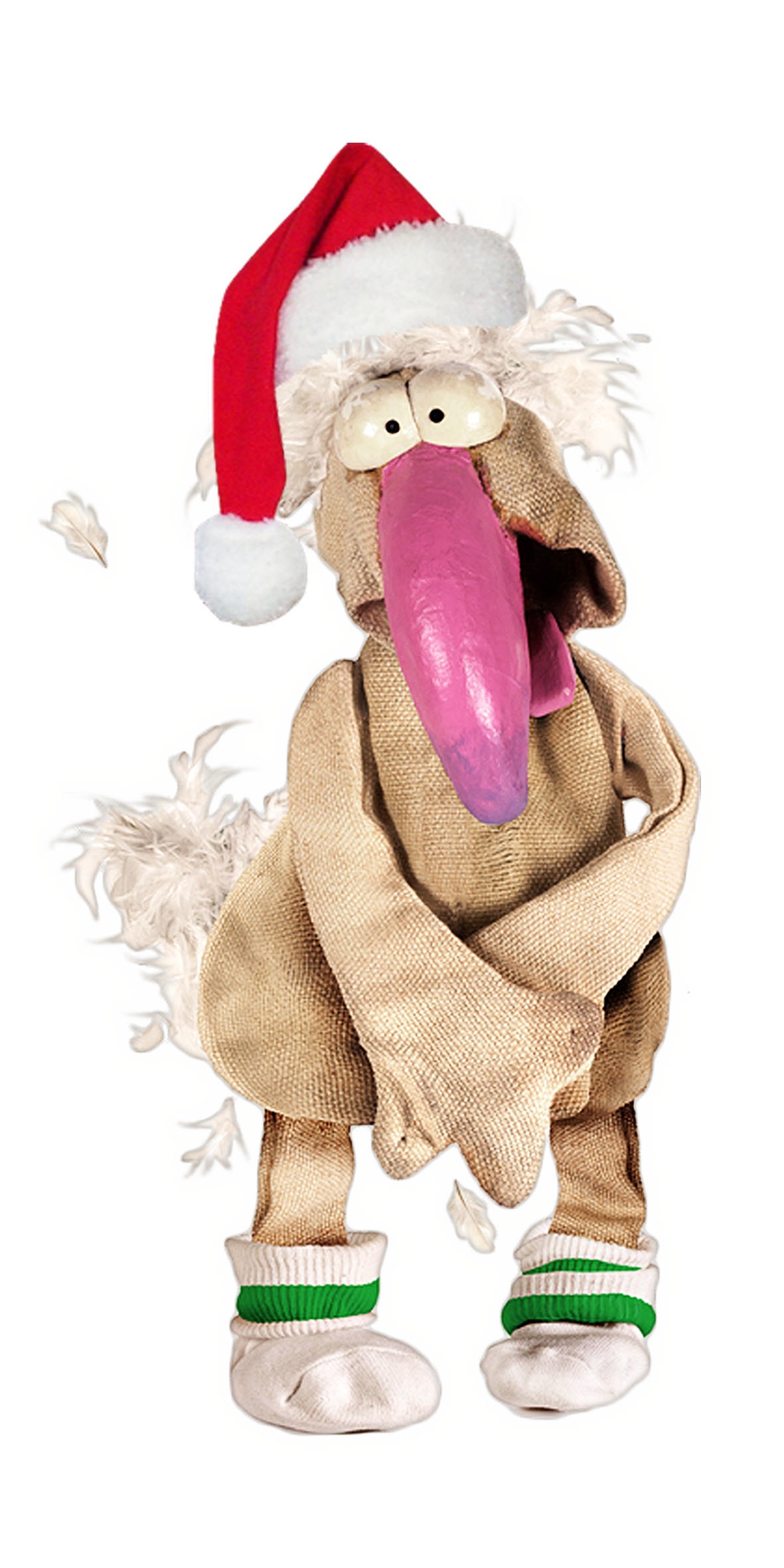 This December Dustin and Twink will be reunited on stage as they star in the greatest pantomime of them all – Cinderella at University Concert Hall, Limerick. They will be joined by a glittering cast including Voice of Ireland Runner up / Celebrity Bainisteoir Richie Hayes as Buttons, Leanne Moore as Cinderella, Fair City’s “Mondo”, George McMahon, as the handsome Prince with local Limerick duo, Myles Breen and Richard Lynch, as the hilarious ugly sisters. Opening on 21st December, this family treat runs for 16 days only so early booking is advised.

Speaking of his return to panto Dustin said, ‘I can’t wait to meet all the boys & girls in Limerick – this is goin to be the best Panto the world has ever seen – Oh Yes It Is – hope the front five rows are vegetarian – go on ya good things’

Dustin the Turkey first appeared on our television screens on the Den in 1989. He was supposed to last four weeks to feed Zig & Zag and a hungry Ian Dempsey for their Christmas dinner. He lasted 21 hugely successful years in which time he had three number one albums and eight number one singles including duets with Bob Geldof, Boyzone, the Irish football team, Joe Dolan & Chris De Burgh. Dustin also dabbled in politics – running in two presidential elections and one general election with his favourite campaign “Bringing the Dart to Dingle”. He starred in several sell out Pantos with Twink. Dustin has also appeared on nine Late Late Toy Shows and on the Xtra Factor three times. In 2008 the Irish people chose Dustin to represent the country at the Eurovision in Serbia. Dustin’s proudest moment came when Sir Roger Moore Knighted him a UNICEF goodwill ambassador in 2009 – he has made many field trips including KwaZulu-Natal where he found out at firsthand the impact of HIV/AIDS on communities and children and ways that UNICEF is working to help very young children cope
Iconic performer Adèle King has spent over thirty years in Irish Panto with hugely successful runs at the Olympia and Gaiety Theatres where, as a child, she appeared with legendary Irish performers including Jimmy O’Dea, Milo O’Shea and Maureen Potter. Adèle has also appeared in a Christmas show at the Point Theatre (now the O2) with Gerry Ryan and Barney the Dinosaur. However, it was only the lure of returning to Panto in Limerick, which ignited her interest once again. “I am delighted to be returning to pantomime, probably the most important form of live entertainment, for most people it is their first experience of theatre, one which we hope will keep them hooked for life. Limerick audiences have always been amongst my most supportive as far back as my days in Maxi, Dick and Twink, so the opportunity to bring the first professional pantomime to University Concert Hall Limerick is an absolute thrill for me. It took the really great offer of working with my favourite Producer in a large scale show with West End production values, in what has become one of my favourite venues to visit on tour, to tempt me back, when I had said so often, “I shall never do pantomime again.” Twink said.
Richie Hayes shot to fame this year taking part in RTÉ’s hugely successful competition, The Voice of Ireland, where he was runner up out of almost two thousand acts who applied and the twenty four who got through to the live shows. He has most recently been seen cheering on his team in Celebrity Bainisteoir on RTÉ One. Richie has a wealth of Panto experience having performed in his native Waterford and on the Gaiety stage for many years.
George McMahon is best know for his role as the loveable rogue, “Mondo” in RTE’s Fair City. He is looking forward to returning to Panto this year, following his starring role in Aladdin at the Helix last December.
Limerick lady Leanne Moore’s musical career started in 2008 when she was crowned winner of RTE’s ‘You’re A Star’ and went on to have a number one single with ‘On Wings’. She has appeared in numerous musical theatre shows and has also represented Ireland in the 2011 and 2012 Eurovision Song Contests as one of Jedward’s backing singers. Leanne also works as a broadcaster, columnist and feature writer. She will be returning home to Limerick to play the role of Cinderella at University Concert Hall, one of the first stages she ever performed upon.
Another injection of top local talent comes in the form of Limerick actor Myles Breen – stalwart of Panto in the city for many years – who will take to the UCH stage as one of the hilarious Ugly sisters. Myles’ “Sister” will be none other than 2011 Limerick Person of the Year and founder of ILoveLimerick.com, Richard Lynch. Myles Breen has been entertaining audiences as a Panto Dame for many years, and he is delighted to be working with Twink and Dustin again, having starred with them in the Olympia’s Cinderella in 2000. This will be Richard Lynch’s first time in Panto and he looks forward to making his debut on the UCH stage.

School performances for Cinderella are already sold out! It opens for general audiences on Friday 21st December. Matinees and evening performances run until Sunday 6th January. Booking is now open.

This will be THE family event of the Year! Oh Yes It Will………