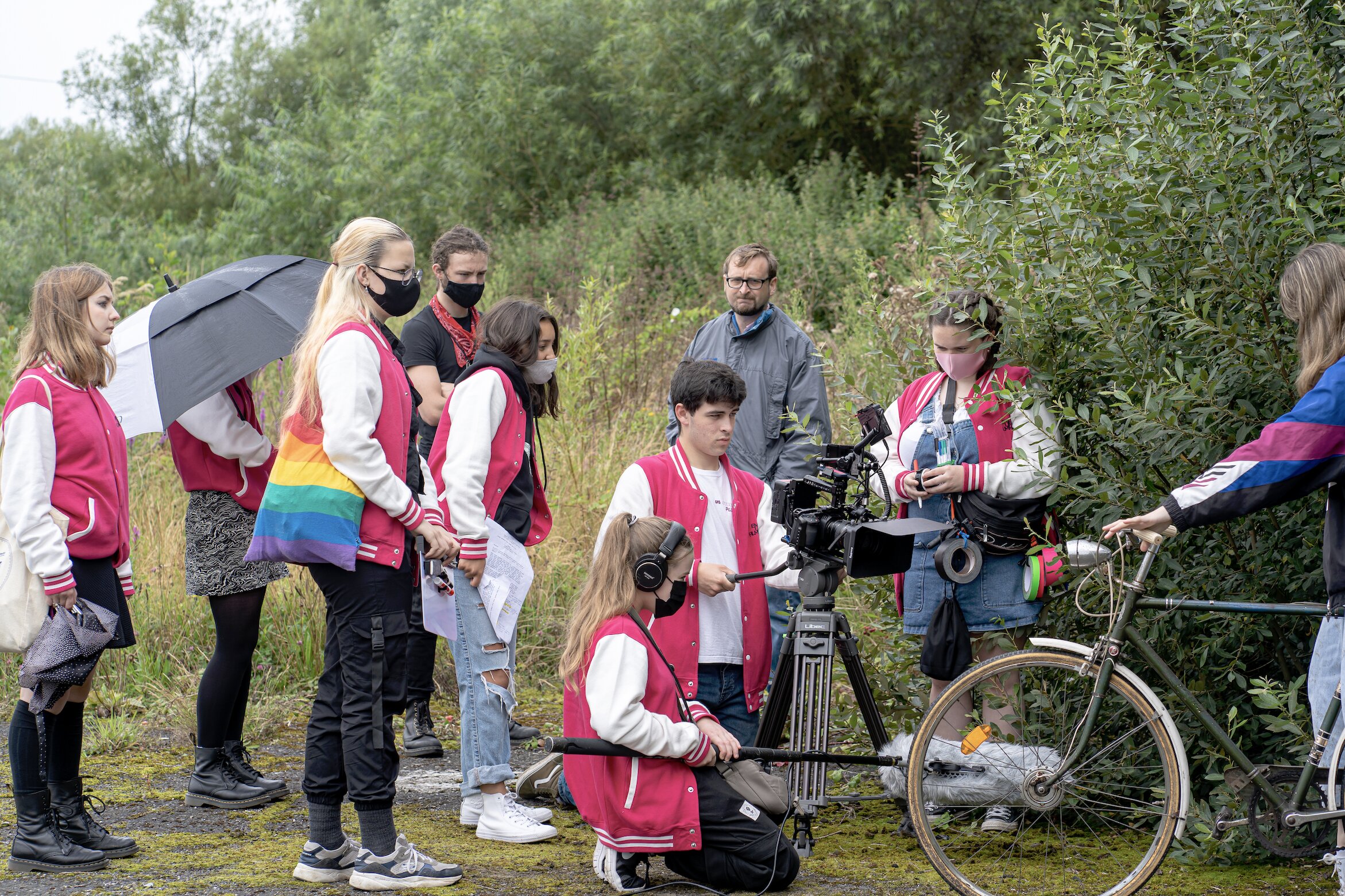 Emerging Limerick Filmmakers are searching for young people with a passion for film!

Emerging Limerick Filmmakers are recruiting new members with a passion for all things film and cinematography. Picture: Ben Spillane.

Emerging Limerick Filmmakers are searching for young people with a passion for film!

Emerging Limerick Filmmakers are recruiting new members with a passion for all things film and cinematography.

Established in September 2020, the youth academy has quickly become a key element of Limerick’s emerging film scene. So far, the programme has created numerous short films and been nominated for two 2021 Fresh Film Festival Awards.

ELF meet at the Kilmurry Arts Centre in Castletroy and operates in two age groups, 13 to 18-year-olds and 18 to 22-year-olds.

The programme is led by Limerick filmmaker Pete Moles, alongside camera expert Shane Joyce. They are eager to provide film opportunities for young people in Limerick.

In year one, ELF students have created two short films, which are currently in the editing stage of production. These films were three-day shoots requiring multiple locations, SFX effects and an extensive camera and lighting set-up.

At the beginning of 2021, the group also made two one-minute films, both nominated for Fresh Film Festival Awards in the ‘Best Group’ and ‘Best Comedy’ categories.

“The talent of the group is really shining through,” says organiser Pete.

Most recently, the young filmmakers have again collaborated with Limerick Youth Theatre to make two further short films, which will be premiered in November.

Roisin Leavy-Sahin is an ELF director whose work has been nominated for several awards.

“The best thing about ELF is being able to connect with like-minded people who are interested in the arts and telling stories through the medium of film,” Roisin tells I Love Limerick.

“Even if you have never touched a camera before, and most of us haven’t, as long as you have passion, drive and discipline, you are made for ELF. It is a great place to make connections. Whatever I do in the future, I’ll definitely continue to make films.”

All-rounder Maria Jabłońska is involved in the ELF art and sound departments.

“Most of us didn’t have much experience in the beginning. We just wanted to be a part of the industry. Pete introduced us to the different roles involved in making a film as well as how to create stories, character development and a plot. It’s great to be able to make films and learn more about them,” says Maria.

Those interested in joining Emerging Limerick Filmmakers must fill out an application form online by Tuesday, October 5. Applicants will then attend an interview on Saturday, October 9 (13 to 18-year-olds) or Sunday, October 17 (18 to 22-year-olds).