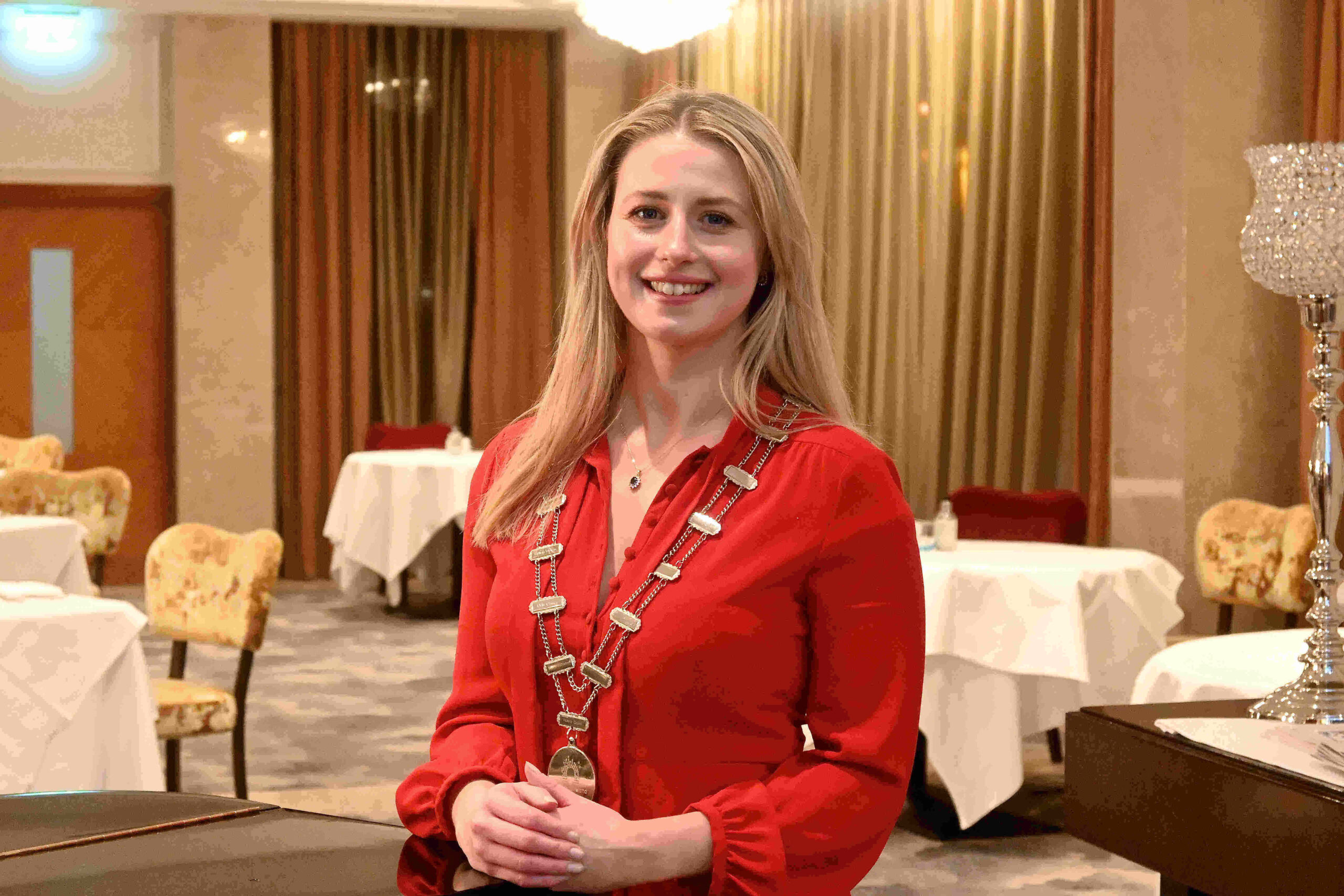 Emma Wilson pictured above has been announced as President for 2022 of Network Ireland Limerick.

Emma Wilson was appointed as the President of Network Limerick Ireland for 2022, receiving her chains from outgoing president Caragh O’Shea in the Savoy Hotel.

Network Ireland Limerick, the forum for women in business, the professions, and the arts, has elected Emma Wilson as President for 2022. Emma, Head of Marketing at Keeper Solutions, was presented with the chain of office by outgoing president Caragh O’Shea. Karen Brosnahan, Business Manager for Shannon Region Conference & Sports Bureau has been confirmed as Vice President of Network Ireland Limerick for the year.

Speaking about her appointment, Ms Wilson said, “It is with great pride that I step into the role of President this year. Network Ireland Limerick and the broader network have played a central role in my professional and personal development to date. I am looking forward to building on the solid foundation Network Ireland Limerick has formed to support the development of women both professionally and personally across many different aspects of both business and life.”

“If anything, the past two years have taught us that a sense of community and belonging is essential for our wellbeing and growth. I aim to provide engaging speaking events that will teach and inspire women and social events to help people connect and build new relationships and nurture existing ones. It’s difficult to tell how this year will go but I am hopeful that we will return to in-person meetings later this year,” she continued.

Ms Wilson added, “Vice President for 2022 has been announced as the wonderful Karen Brosnahan, General Manager of the Shannon Region Conference and Sports Bureau and I am very excited to work alongside her.”

We would like to wish Karen the very best in her new role ? @conferencesport#NetworkIreland #backedbyaib #committee pic.twitter.com/oDLQIdklzm

As President of the Network Ireland Limerick, Emma will be responsible for fostering the aims and objectives of Network Ireland, representing the Limerick branch at National Executive meetings, and overseeing the smooth running of monthly events locally. It will be an action-packed year for the network as Ms Wilson also intends on introducing additional events and activities so that “members further expand their network and forge deeper connections with one another”.

Looking forward to her year as president, Ms Wilson said, “In 2022, with progress in vaccinations, more knowledge about Covid- 19, I think society will learn to operate in the “new normal”. With that, I think it’s important for people to reconnect in person. Until it’s safe to do so, I’m planning interactive virtual events and educational workshops – events where our members can have fun while also coming away from the screen feeling motivated and inspired. As restrictions evolve, we will ensure as many in-person networking events as possible. These will allow members to reconnect and immerse themselves in the true power of the network.”

Ms Wilson has chosen 22q11 Ireland as her charity partner. Some activities and events this year will have a fundraising element to them. Through her chosen charity, she hopes to shed a light on inclusivity and diversity in employment and help raise awareness for 22q11.2 deletion syndrome, described as the “most common rare disease in the world”.

Membership of Network Ireland Limerick is made up of a very diverse group of women from across the Mid-West, from budding entrepreneurs, SME owners, professionals, and leaders in large organizations to non-profits, charities, arts, and the public sector.