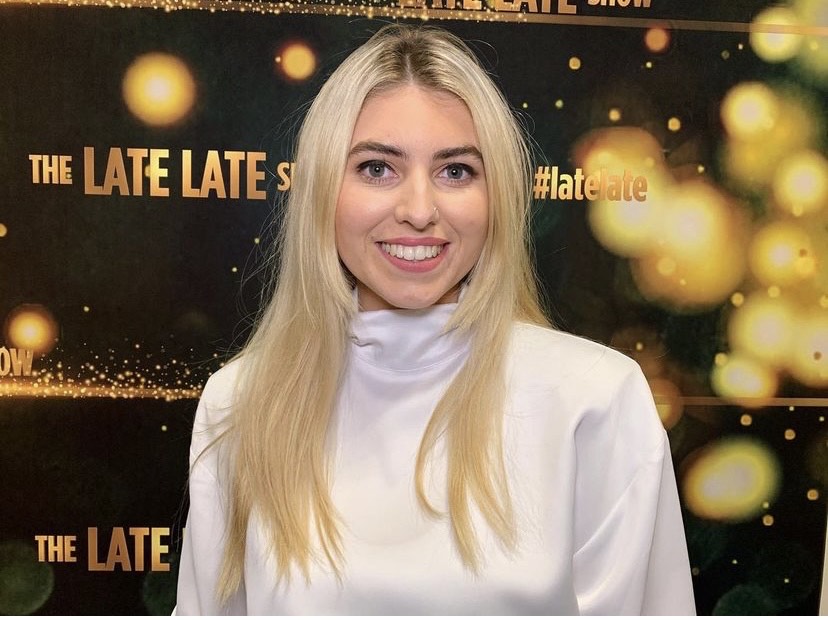 Faye Shortt is a rising star in Irish comedy and often works alongside her father, Pat Shortt

Faye Shortt is a Limerick comedian and actress, who was seen on RTE’s Comic Relief and New Year Eve shows performing sketches that she both wrote and directed alongside Paul Mescal, Chris O’Dowd and Amy Huberman and many more. Faye Shortt is also a recent graduate of the Gaiety School of Acting where she performed in many of their showcases. She has recently worked on “The Wellness Hour” with her father, Pat Shortt, as well as the Irish medical thriller, “A Sunken Place.”

Faye is a recent graduate of the Gaiety School of Acting

I had an amazing childhood; I grew up in the small village of Castleconell within Limerick. My childhood was quite unique, travelling to visit my dad on film sets or being brought to recording studios even travelling to Broadway and the West End where I would wait backstage for dad to finish a show, when I look back on it, it doesn’t surprise me how I ended up in the film industry as I was so immersed in it from the get-go.

Have you always wanted to get into comedy and acting?

Acting has always been a part of my life and something I wanted to pursue as a career. In primary school, I immersed myself in acting whether it be in school shows, expressive arts stage school or drama classes. When it later came to the Leaving Cert, I knew I wanted to study drama, however, I must say it was difficult at times explaining this to teachers as it is not a route that many students take. Thankfully, my mum and dad were a great support system. I went on to audition for numerous drama colleges and thankfully got into the Gaiety School of Acting, where I then found my love for comedy and writing.

Do you have any advice for your younger self?

Advice for my younger self is to not be afraid to fail. I have learned more in the times that I have failed than in the ones that I have succeeded. The thought of failure always scared me but when I went to college, I learned not to shy away from it and the results were significant.

What do you like and dislike about acting and doing comedy?

What I love about acting and comedy is the rehearsal process, being able to analyse and dissect mad characters while also having the freedom to take risks with your interpretation of the character in a space where other actors are doing the exact same thing is very freeing. The research into certain individuals and fleshing them out for example in comedy its always great because the characters are funny, and how I see it is if it will make me laugh it will make others laugh too. I actually don’t dislike anything about acting and comedy, if anything it’s that we don’t get to do enough of it!

What is it like working with your dad, Pat Shortt?

Never in a million years did I think I would end up working with my dad, I feel very privileged to have been asked to work alongside him. I look up to my dad a lot and have learnt invaluable traits from him. Dad’s work ethic is remarkable and has always inspired me to give 100%. The film industry is not easy and can be very disheartening especially when you first begin the audition process. Dad taught me to never wait around for the auditions to come in but to create work for yourself, to put yourself out there and keep creating the work for yourself. To be honest, myself and dad have great craic when we work together, I see dad more like a friend when we work together, this helps majorly when creating work because there needs to be an air of play and fun to create comedy.

Do you have any advice for people looking at getting into acting or comedy?

My advice for anyone looking to get into acting or comedy is to go to a drama college, if you can’t go to drama college then go to drama classes or get involved in your local youth theatre or whatever way you can. Some of the most talented actors I have worked with began in their local youth theatres. Equally with comedy you just have to get out there and immerse yourself in it, try out sketches at open mic nights or comedy clubs, this can be a great way to gain confidence in front of a crowd.

My greatest accomplishment so far was co-writing two shows with my dad, this was an amazing experience having just stepped out of drama college during a pandemic and being lucky enough to do what I love with such a talented mentor. To promote the first show, we were asked to be interviewed on The Late Late Show and this certainly was a significant moment in my career. I always dreamt of being on The Late Late Show as young as eight years old as I’d watch my dad on it.

I see myself in 5 years’ time hopefully still working in this industry whether in Ireland or London. Thankfully I have an amazing agent in London so moving over there in the near future is something I have on the cards. However, my main goal is to still be writing my own work and developing new characters all the time, My plan is to write my own one woman show and be able to travel across Ireland and the UK with it, I envisage the show as being comedic filled with an accumulation of daft characters which I have been creating since the beginning of drama college. Drama college was amazing for this purpose having the space to try out sketches on our class and tutors.

What upcoming projects do you have?

At the moment I am co-writing with my dad my first ever live comedy show. Thankfully theatres and live gigs have begun to re-open and with this, we begin a live tour across Ireland in early November 2021. It has been a full year since I have performed in front of a live audience so it will be amazing to get back. As daunting as it sounds with it being my first live tour, I know we will have great craic.

My favourite thing about Limerick is that it will always be home for me, it is a city filled with familiar faces. It’s where I have my first memories of performing in front of an audience or going to my first disco, it holds so much nostalgia for me. No matter how far I travel and discover new cities, Limerick will always hold this sentiment. At the beginning of Covid-19, I moved back to Limerick from Dublin and since then, I haven’t dreamt of moving back.

Related Topics:faye shortt
Up Next