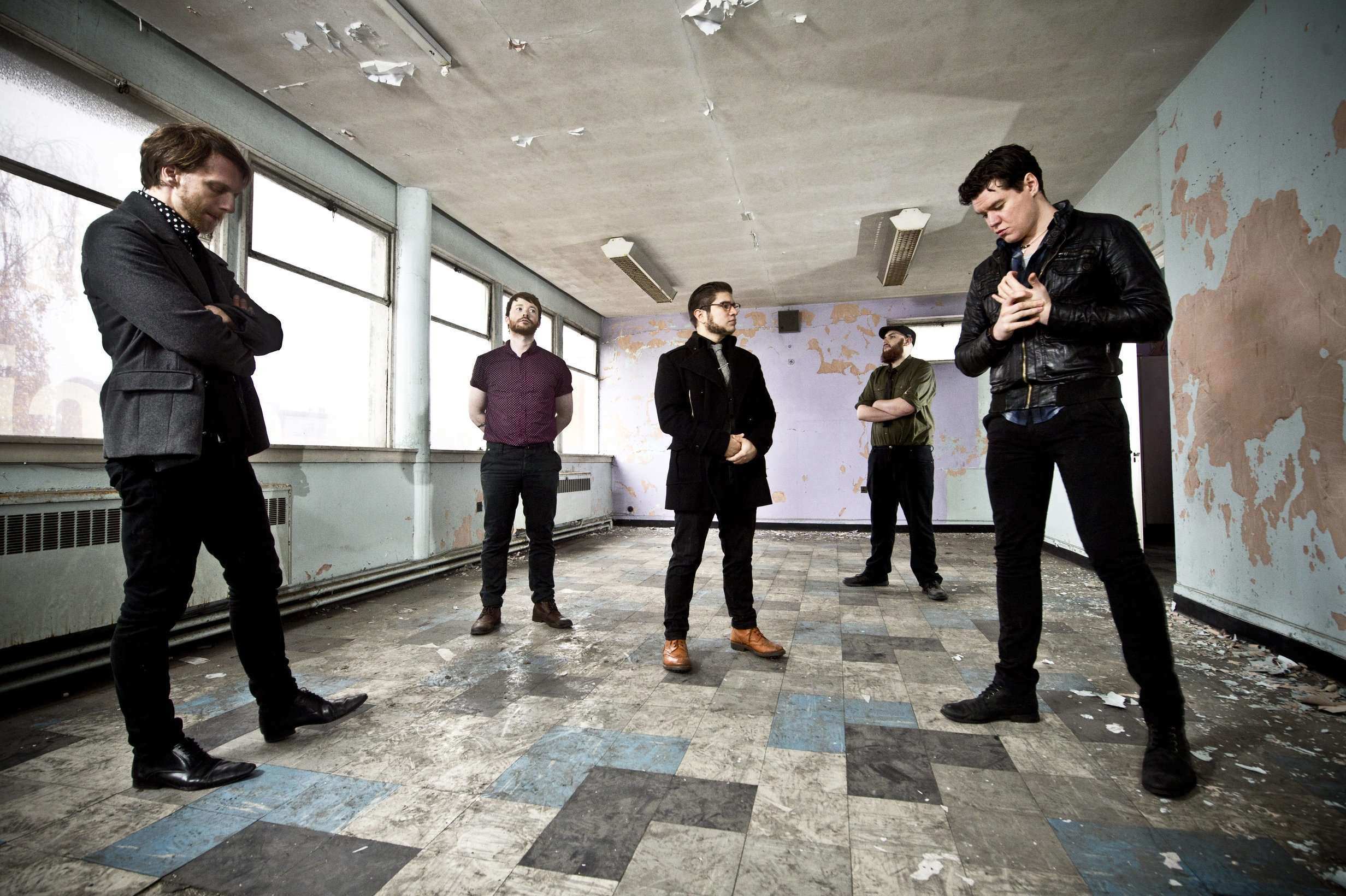 Last year Fox Jaw featured in an article in Richard Lynch’s Chronicle Column when he starred in theiir amazing video for their previous single ‘Kerosene’.

FOX JAW – ‘Siren’s Call’ – was released on March 13th 2015 on Digital Download and Limited Edition Transparent Purple 7″ Vinyl. They will be playing in Cobblestone Joe’s, Limerick on March 14th.

The Limerick quintet release ‘Siren’s Call’, the fourth single taken from their critically acclaimed sophomore album, ‘Ghost’s Parade’. The single comes accompanied online by a sweet little short film that follows the tale of a gentlemen uncovering a box of memories, and finally working up the courage to reach out to a long lost, forbidden love. This video is the bands way of showing their support of the upcoming Marriage Equality Referendum, on May 22nd 2015. You can see the video at the end of the post.

2014 proved to be a successful year of single releases, with an impressive amount of airplay, raising many eyebrows in the Irish music industry, as a band proving themselves with an ever expanding sound. From the sleazy blues ballad sounds of ‘Kerosene’, the rock & roll foot stomps of ‘Hijack’, to the rocking pop-sensibilities of ‘Falling Debris’. Current single, ‘Siren’s Call’, further adds, some dulcet tones, to an already technicolor palette.

2015 also sees the band release their fifth vinyl release in 12 months, which includes four 7” vinyl releases, one for each of their singles. Each release is a limited edition, hand numbered, transparent coloured vinyl release. The B-Side of each single, features the same song, redone in a different genre, where Fox Jaw have collaborated with artists, DJs, Producers and MCs to produce a variety of takes of their music, from Lounge Jazz, to Swamp Blues & Dub Hip Hop. It’s impossible to know for sure, but it’s pretty safe to say, that possibly no independent band has ever produced such a feat.

Fox Jaw have been described as ‘A modern band with an old soul’. They’ve been producing a trend shaking, majestic deep growl, which swaggers from the terrific to the sublime. A band that usually err on the side of darkness, but always keeping it sweet and melodic with an honest collection of dark pop songs. Critics praising them as “True hidden gems”, “A seductively gloomy sound in a league of its own … will both mystify and satisfy” (State.ie). “One of Ireland’s most inventive and engaging rock bands” (Hotpress).

A simple background check on the band reveals, that the guys are one of the hardest working bands in the country. Formerly Fox Jaw Bounty Hunters, they released their debut album ‘The Devil In Music’ in 2011, played close to 100 shows within 24 months, across Ireland, the UK & Canada (80 of those shows were within the first 10 months!), and receiving an ‘Album Of The Year’ Award from Indie UK music website, The Underclassed.

With many festival appearances including Indie Week (Toronto & Ireland), Castlepalooza, AranMojo, Glasgowbury, Vantastival, Arthur’s Day, Knockanstockan, Indiependence & more… Going from strength to strength, with TV appearances, featuring on a Becks Vier TV advertising campaign, a flip cover of Hotpress… There’s a strong chance you’ve come across this band before, without even realising!

They’ve shared the stage with such acts as:
Against Me!, Therapy?, And So I Watch You From Afar, The Redneck Manifesto, Jape, Hayseed Dixie, HamsandwicH, Director, Fight Like Apes, Calvin Harris, The Feeling & many more.

Two Fridays in April by Roisin Meaney out now!