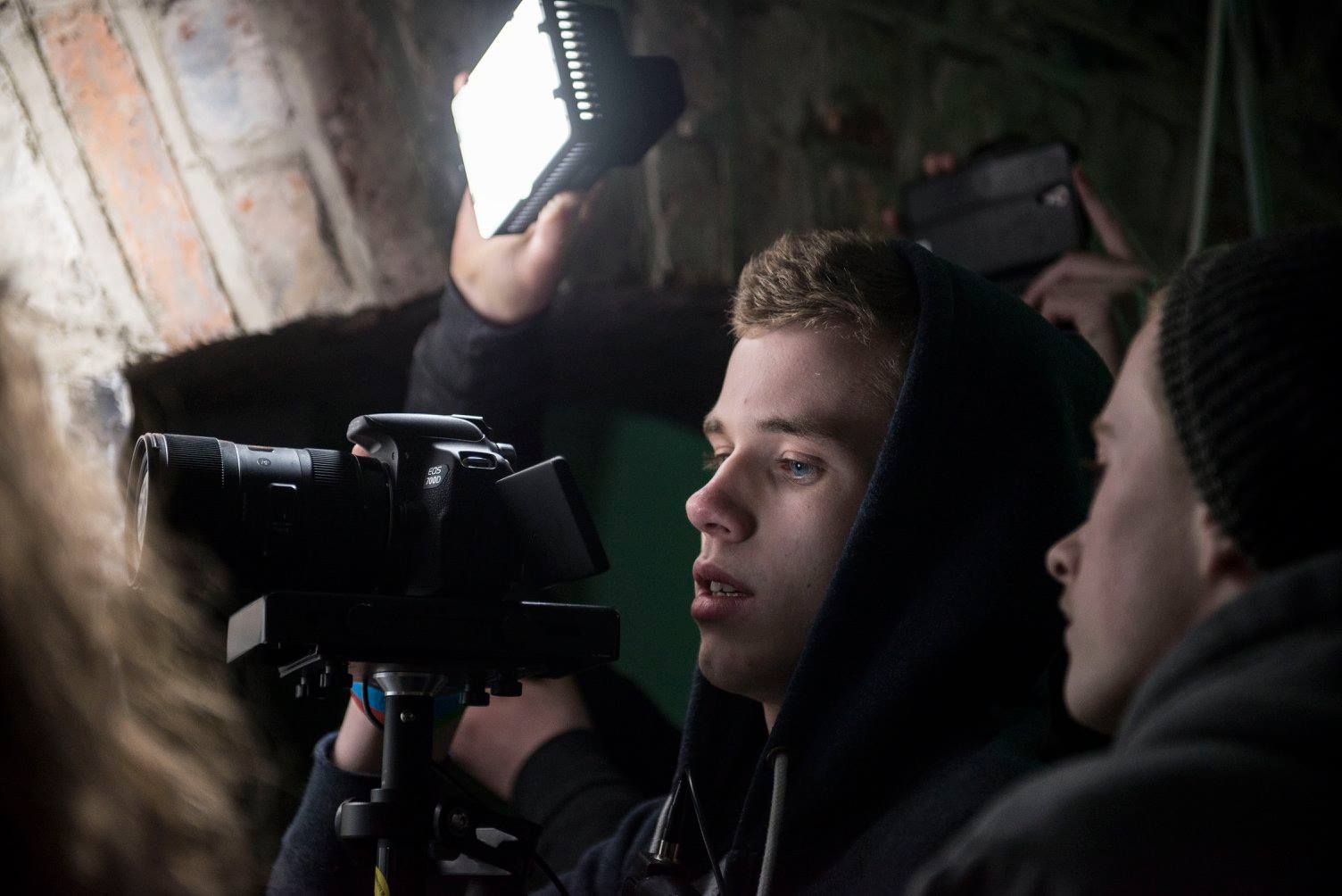 Fresh Blood 2019 workshops are taking place on the weekend of November 2 and encourages all interested between the ages of 13-19 to get involved and learn the skills and techniques of horror filmmaking.

Fresh Film is set to host its annual horror filmmaking workshop ‘Fresh Blood’ at Tait House Community Enterprise over the course of the weekend beginning Saturday, November 2 and aims to have participants create an original short film with the help of a team of professionals.

A timely Halloween event, Fresh Blood is an intense weekend of horror filmmaking, where participants explore the horror genre with screenings of short films, discussion, and exercises to develop a horror story for the screen. This weekend series of workshops culminating in the shooting of an original short film on location in the grounds of Tait House.

The workshop is open to anyone between the ages of 13-19 years of age with an interest in horror filmmaking and will entail discussions and exercises to develop a horror story screen as well as exploring the different genres of horror with screenings of short films.

This year’s theme is “Behind the Mask”- recognizing that the faces of others can be masks hiding unknown terrors.

Fresh Blood teases us, saying, “Things are often more sinister than they seem and how can we ever truly know what’s going on behind the eyes of the person across from us? Between the world that we see and the world beneath lies a breadth of horrors waiting to be unleashed. Or worse, perhaps we can’t trust what lies under our own skin….”

Fresh Blood gives youths the opportunity to learn from professionals as they work together to make a short film.

Fresh Film has helped many young Irish filmmakers in starting their careers, including Conor McMahon who first made his debut in the world of film back in 1997 when he placed second in Ireland’s Young Filmmaker of the Year Awards with his trilogy of horror films, including one called ‘Maniac’.

Speaking about Fresh Film Conor said, “I think Fresh Film for me was really important early on in my career because as a young filmmaker at the time I was just making short films, and I didn’t really know other people who were making shorts as well, so it was a great feeling to have all of us come together and see what other people were doing”.

“I also won an award at my first Fresh International Film Festival and it gave me something I could be proud of and helped knock away the doubts I felt about what I was doing. I think that’s really important when you’re younger and you’re thinking of going down this path”.

Since the debut of his first film, Conor has had a successful career as both a director and editor of movies and tv shows and has continued to win various awards for his stellar work, including best short at the Sitges Film Festival in Spain, first prize in the Kodak Commercial Awards in London and second place at Edinburgh’s Dead by Dawn Horror film Festival. His film ‘Stitches’ starred British comedian Ross Noble and won the best film at the Midnight Xtreme section of the prestigious Sitges Film Festival.

The Fresh Blood workshop will take place for two days, Saturday 2 and Sunday 3 of November from 10am to 6pm at Tait House Community Enterprise located at Southill House, Roxboro Road, Limerick, and costs €20 per person. To book, please contact [email protected].

The call for entries for Ireland’s Young Filmmaker of the Year 2020 is now open. The closing date for entries is Friday, January 24, 2020. For more information on entering click here.

Fresh Film is an advocate for young filmmakers that provides support and services to young filmmakers all year round. Now in its 23rd year, Fresh Film encourages young people from Ireland and overseas, aged 7 to 18 years, to create, exhibit and share films. Originally, founded in Limerick it didn’t take long for the organisation to gain national and international recognition.

Fresh Film is an advocate for young filmmakers year-round and encourages young people to make films by hosting the annual Fresh International Film Festival which incorporates Ireland’s Young Filmmaker of the Year Awards. Fresh International Film Festival 2020 takes place in Limerick from March 23 – 28, 2020 and is open to young people from 7-18 years of age. The festival provides an opportunity for these young filmmakers to see their work on the big screen and to compete for the title of Ireland’s Young Filmmaker of the Year and to win €1000 towards their next film.

The Fresh International Film Festival provides an opportunity for young filmmakers to see their work on the big screen and to compete for the title of Ireland’s Young Filmmaker of the Year in both Junior (7 to 12 years old) and Senior (13 to 18 years old) categories.

Ireland’s Young Filmmaker of the Year Awards continues to be the leading film awards for young filmmakers in Ireland. It was established as part of Fresh Film in 1997 and was the first of its kind in Ireland, at the time providing the only platform for young filmmakers to showcase their talent. Since its inception, there have been thousands of participants with many going on to win countless awards at an international level.