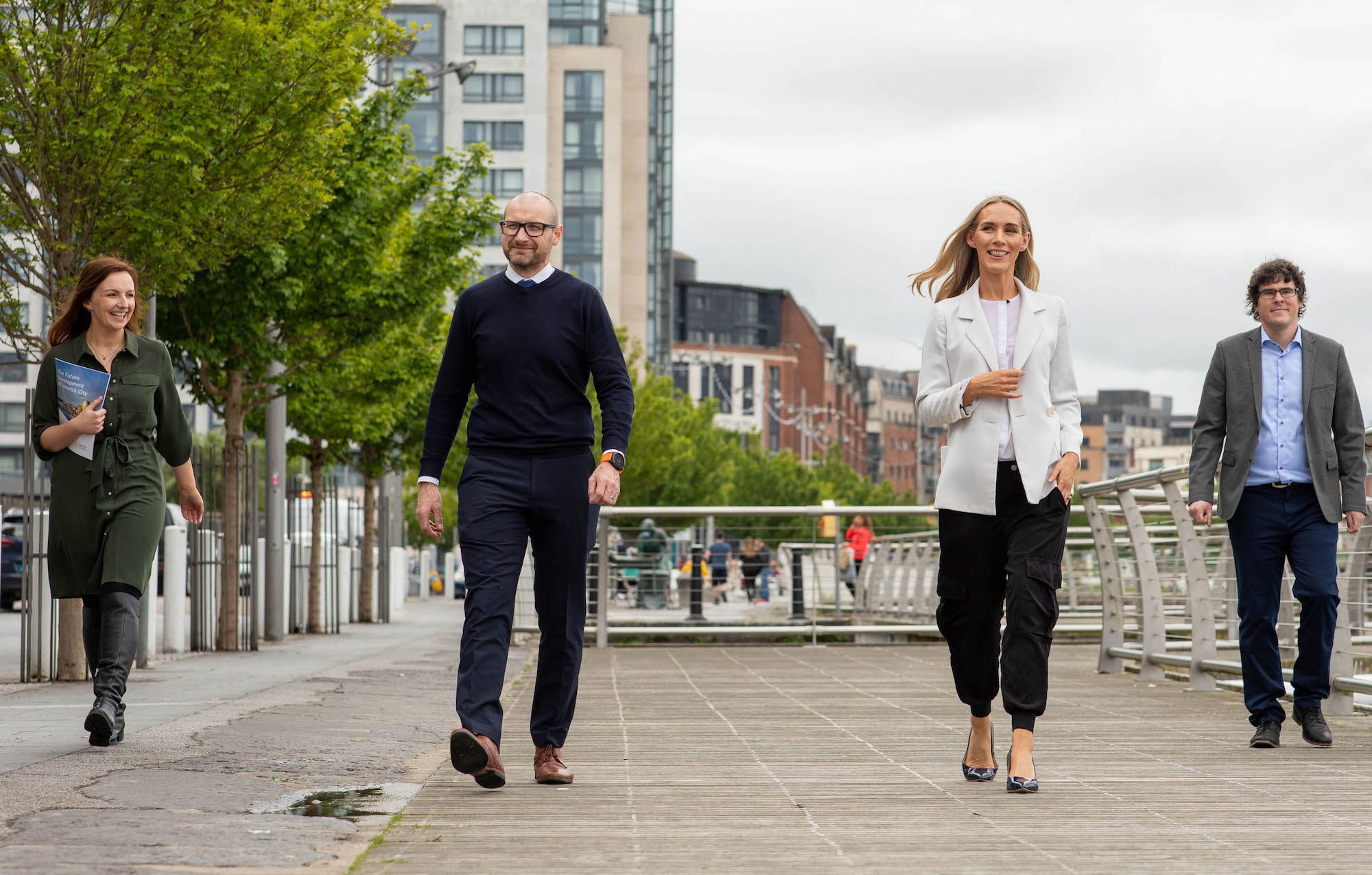 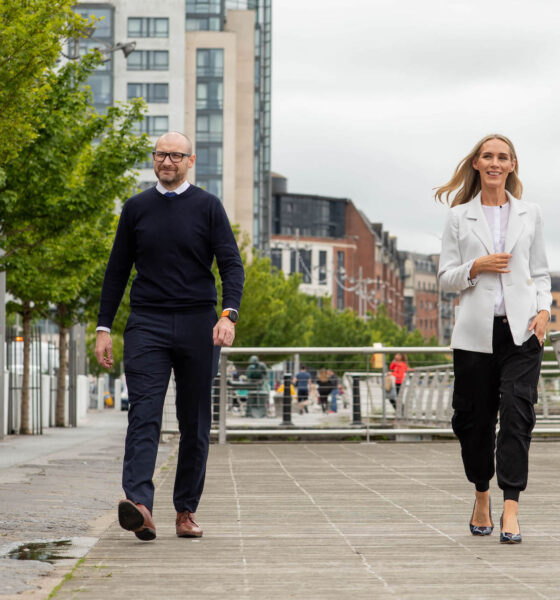 Initiatives that promote vital, liveable city centres are essential, according to Limerick Chamber, who today launched the Future Development of Limerick City report by Indecon Economic Consultants. Against the backdrop of the Covid crisis, the report was carried out as a benchmark assessment of the performance of Limerick city versus other Irish cities and, looking at international best practice, to outline measures to support the sustainable future development of the city. 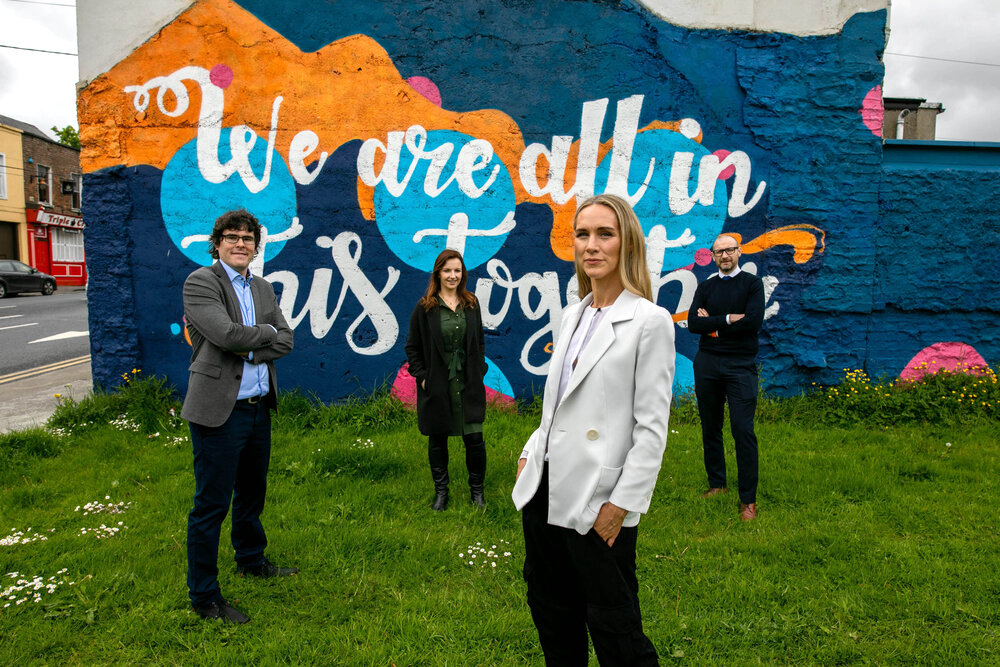 Ahead of the first Directly Elected Mayor for Limerick, this report sets out the challenges that must be focused on to recover and develop our regional economy in the period to come. Recommendations include the acceleration of important projects in the Limerick 2030 Economic and Spatial Plan and the implementation of a citizen’s dashboard on key local projects as accountability and measurement is critical in moving Limerick city forward.

Donnacha Hurley, President of Limerick Chamber said, “The commissioning of this report was driven by a sense of urgency in the business community that we must take responsibility and play a lead role in protecting the future development of Limerick city. Indecon have fully reviewed our current situation and taking a holistic approach across a wide range of measures, have outlined a roadmap on how to achieve city revitalisation sustainably. A key recommendation for us is for improved measurement and accountability through a citizens dashboard, so that all stakeholders have visibility and ownership of progress.”

Hugh Hennessy, Divisional Director with Indecon said, “Indecon believes there is the potential for Limerick city to be transformed into an urban environment where significantly higher numbers of individuals live in the city and others are attracted to visit and to participate in culture, hospitality, educational and other activities. The availability of daytime, evening and night-time activities will be important. This will require an integrated approach involving the acceleration of the important key projects in the Limerick 2030 Plan including residential, commercial, cultural, educational and public realm initiatives.

Mr Hennessy added, “It will however also require measures to enhance mobility within the city, reduce its carbon contribution and attract new innovative business. In addition, measures to enhance skills and reduce social exclusion will be critical to realising the exceptional potential of the city as a location with a high quality of living. Based on the research undertaken, Indecon has developed a number of policy recommendations for consideration by Limerick Chamber and by local and national policymakers to assist in the future development of Limerick city.”

The Future Development of Limerick City report recognises that Limerick city is one of the more affordable cities in Ireland, with the population of Limerick expected to grow by 10% by 2040.  Over the last two decades, Limerick city centre has seen an increase in the number of vacant buildings due to a growth in housing, commercial and retail developments across the ever-expanding suburbs. Compact growth and core density are essential for sustainable development according to the report.

The countdown is on! Tomorrow, we launch our Future Development of Limerick report in association with Indecon. Here's a behind the scenes shot from our video shoot #FutureLimerick pic.twitter.com/2cGIAp8tnX

Dr Catriona Cahill, Chief Economist with Limerick Chamber said, “Repopulating the city centre will have a greater impact on its revitalisation than any other policy intervention. We have to ensure that the housing supply meets projected population growth and that the right type of housing is delivered in the right locations.

Adding to this, Catriona Cahill said “Over 1,100 new homes will be needed each year over the next 19 years to meet our lowest population growth projections – that’s an increase of 100% on the current annual delivery rate for Limerick city and county. A higher delivery rate will be required to address the historical undersupply of affordable homes that have resulted in a significant proportion of our 25-29 years olds still having to live at home with their parents. We must entice more people to see the city centre as an attractive place to live in. The public realm and access to green spaces are key. Policies must be developed to deliver quality affordable houses and apartments in our city centre, through a combination of the refurbishment of vacant existing stock and new developments over the medium to long term.”

A further concern for Limerick, common to all cities in Ireland and internationally, is that cities are significant contributors to greenhouse gas emissions. The Indecon report found that 11% of housing in Limerick and suburbs was built post-2000 with older buildings tending to have much lower levels of energy efficiency.

Hugh Hennessy, Divisional Director with Indecon said, “Our analysis of housing stock by energy rate shows that there were only 3% of housing in Limerick city with A rating. The fact that around 45% of housing had a D, E, F, or G rating highlights the need for a major retrofitting programme as part of the strategy for sustainable growth in Limerick city. What we need to see is increased funding under the Energy Retrofitting Programme for social housing as well as a Limerick Energy Forum to support the development of the green economy. There needs to be accountability and monitoring at a local level.”

Another key challenge identified in the Future Development of Limerick City report is the ‘brain drain’ from regional cities to the capital and other international destinations. While the share of graduates staying and working in the Limerick region increased between 2015 and 2018, immediate focus on retaining these valuable knowledge workers is recommended. Limerick Chamber says capital investment in its higher educational institutions is essential to complete the transition to a modern university city with students on campus in the heart of the city centre. Limerick Chamber is calling on Government to support capital funding for Higher Education Institutes.

Hugh Hennessy continued, “There is an opportunity for transformational growth for Limerick city to build on the achievements made to date. To realise this potential, ensuring there are suitable employment opportunities for graduates in the city and developing measures to attract graduates to return to Limerick city, should be a priority objective. Proximity to skilled talent is a decision-making factor for investors and challenges such as brain drain need to be addressed to maintain regional competitiveness.  Measures around liveability in the city are crucial to addressing these challenges along with attracting more companies of scale to locate to the city. If the existing education gap is addressed, new modelling by Indecon suggests that there’s potential for employment in Limerick to increase significantly.”

The Future Development of Limerick City report by Indecon also found that Limerick has the second-highest disposable income per person after Dublin. As a result of Covid, the share of youth unemployment has increased from 12% to 15%. Cities like Rotterdam have strong youth employment initiatives, and this is something the report recommends could be implemented in Limerick city.

In publishing the report Limerick Chamber has today called for a strategy like that of ‘Our Rural Future’ to support the development of regional urban centres.

Dee Ryan, Chief Executive Officer of Limerick Chamber said, “Focus is urgently required on how cities can facilitate increased urban living and overcome major challenges such as digitalisation, climate change, remote working, and traditional retail decline. After the year just gone, we must support our local retailers more than ever before. We’re particularly keen to see measures introduced to address the rise in youth unemployment as a result of the pandemic to ensure that these young people aren’t locked out of opportunities.”

In this report, Indecon has specified many recommendations for Government, local council, the Chamber and other stakeholders. Shared goals and collaboration is key but most of all we need to see delivery and implementation of these recommendations by Limerick 2030 DAC and Limerick City and Council who hold the key to unlocking the tremendous potential in Limerick city.”

Pathways to Employment to focus on Limerick Regeneration areas