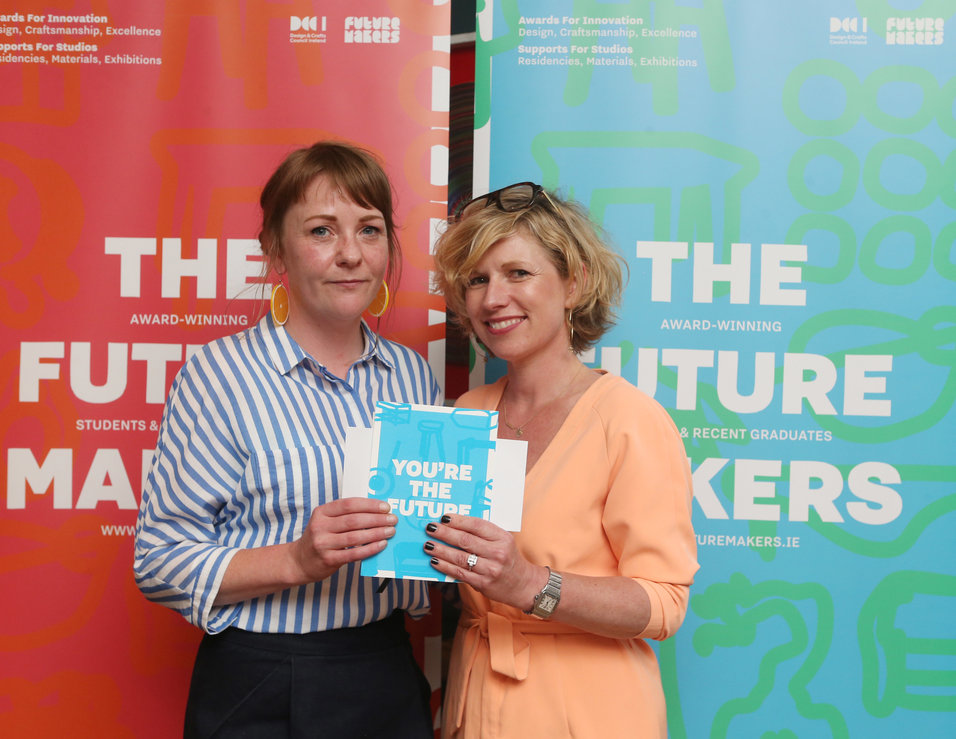 Kate O’Kelly, a ceramicist based in Limerick city, has been announced as a winner of Future Makers Awards 2016, the Design & Crafts Council of Ireland’s annual programme for students and emerging makers. A graduate of the University of Limerick, Kate was awarded Studio Support of €1,000.

With a total prize fund of €24,500 for 2016, Future Makers Awards & Supports is one of the biggest award programmes of its kind in Europe and is one of a number of Design & Crafts Council of Ireland (DCCoI) initiatives supporting emerging talent. Divided into student and practitioner categories, the annual programme rewards the next generation of Irish creatives at a critical stage in their career, helping them develop an exciting future in Ireland’s vibrant craft and design industry.

On Wednesday, 8th June, DCCoI announced 30 emerging designer-makers as this year’s winners during a presentation ceremony at Dean Dublin. Following an initial call out in early March, DCCoI received 168 applications, the largest number of applications since Future Makers was first launched by DCCoI in 2009, reflecting the growth and development of the programme and the high level of interest from emerging designers and makers.  All applications were assessed by a judging panel including internationally renowned designer makers Michael Eden and Sasha Sykes, resulting in a short list of 76 for the final assessment and subsequently the selection of 30 winners and recipients.

Speaking at the Future Makers presentation ceremony, Karen Hennessy, Chief Executive of the Design & Crafts Council of Ireland, highlighted the importance of supporting designers and makers at all stages of their career. “The wealth of emerging creative talent here in Ireland has recently achieved significant exposure both at home and internationally, particularly through the government-backed Irish Design 2015 initiative. The Future Makers Awards & Supports Programme reflects DCCoI’s commitment to investing in the development of the next generation of Ireland’s craftspeople and designers, paving the way for a strong, innovative and dynamic craft and design sector into the future. We hope to work with these up and coming designers and makers in the years to come, supporting them as registered client enterprises with the potential to grow and generate vital employment. We wish them every success as they establish their careers,” she said.

Commenting on the 2016 Future Makers Awards & Supports Programme, Muireann Charleton, Academic and Industry Partnerships Manager at the Design & Crafts Council of Ireland, who chaired the selection panel, said: “The 2016 Future Makers winners are all innovators pushing the limit and boundaries, fused with personal expression, in their creative practice. Future Makers 2016 demonstrates that exciting experimentation in craft skills and design capability among emerging makers in Ireland today.”