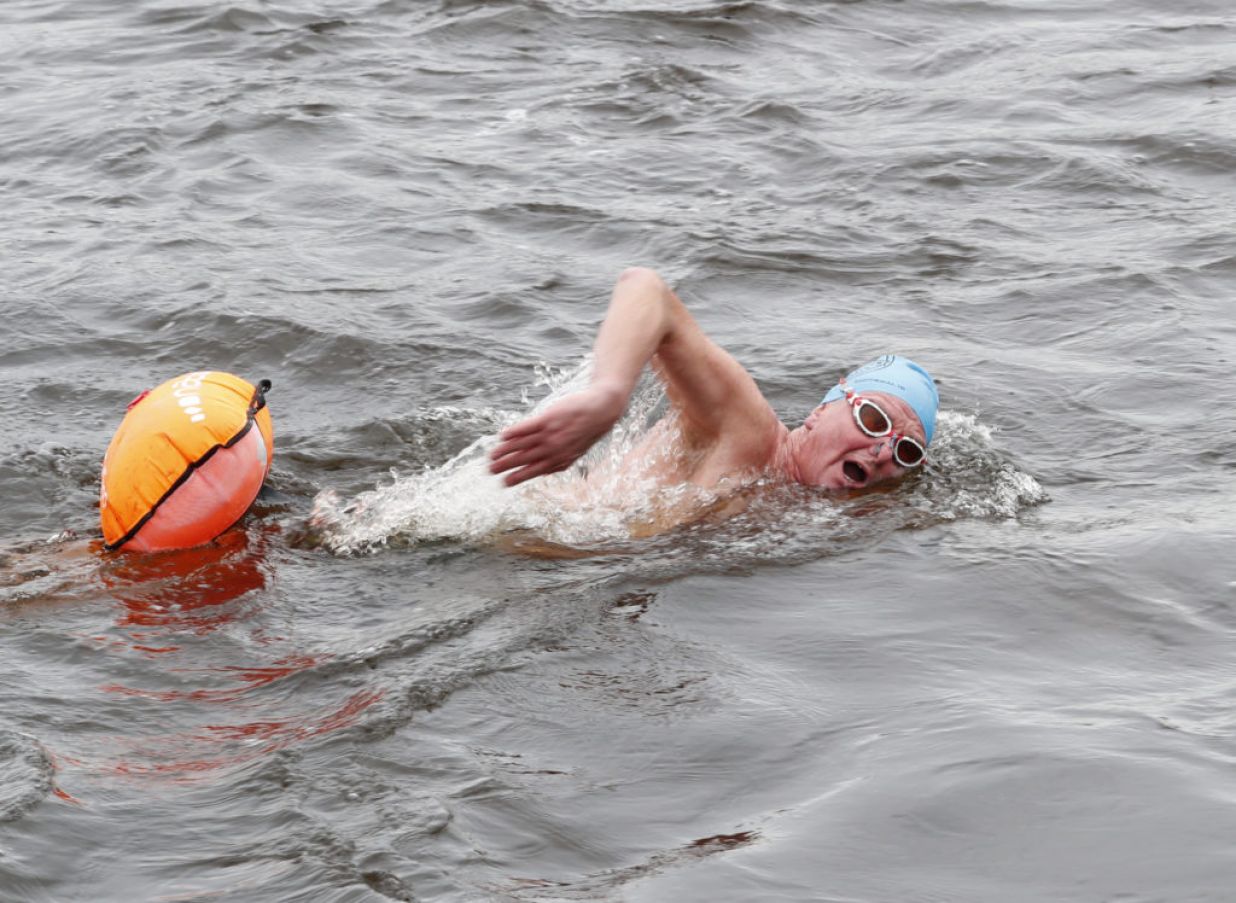 Ger Purcell (66) who is in the Guinness Book of records as the oldest ‘Ice Miler’ swims in the icy cold Shannon waters at the Mill road in Limerick. Picture: Liam Burke/Press 22

Limerick Ice Swimmers Alan Gleeson(53), Harry Harbison(63) and Ger Purcell(66) who is in the Guinness Book of records as the oldest ‘Ice Miler’ about to take on the icy cold Shannon waters at the Mill road in Limerick. Picture: Liam Burke/Press 22

The Limerick Masters Swim Club member on January 30, 2021, swam one mile in the 4.93°C waters of the Shannon River, in Limerick.

It took him an outstanding 43 minutes 28 seconds to complete the swim, now ratified by the Guinness Book of World Records, taking over the record previously held by a 64-year-old man.

Purcell had to keep with the ice-mile regulations which only allow competitors to wear togs, a swimming cap, and goggles

“It’s amazing, it was ratified in South Africa, it’s great for Limerick as well. I love my city”, he said yesterday as he emerged from his morning swim in the River Shannon in his local neighbourhood of Corbally in the city”.

The last few minutes of the swim carried out on the freezing water of the River Shannon under the eye of his coach, Mark Dempsey, from the Limerick Narwhals group who are part of the Limerick Masters Swimming Club.

Purcell later spoke to the Sun about the challenge saying:

“I was in there for 43 minutes, normally I would do that (1 mile) swim in about 31 minutes in the (sea) in Kilkee. I was going very well and as I went around the buoy, I lifted my head and I got a mouthful of water. I lost a small bit of direction. It was hard the last 400 metres, but I kept going”
“You don’t really know what you’re doing when you’re going into the finish, you’re totally disoriented, the lads are guiding you in. Your swimming stroke is watched. You’ve three observers watching you, it’s very safe.”

“When you get out you have to have two people with you, you have to have people to dress you, that’s the same for everyone, it’s so extreme. Your blood circulation stops when you go into the water, it goes to your heart and all your main organs, to protect your body.”

All of us at I Love Limerick would like to congratulate Ger on his fantastic achievement!