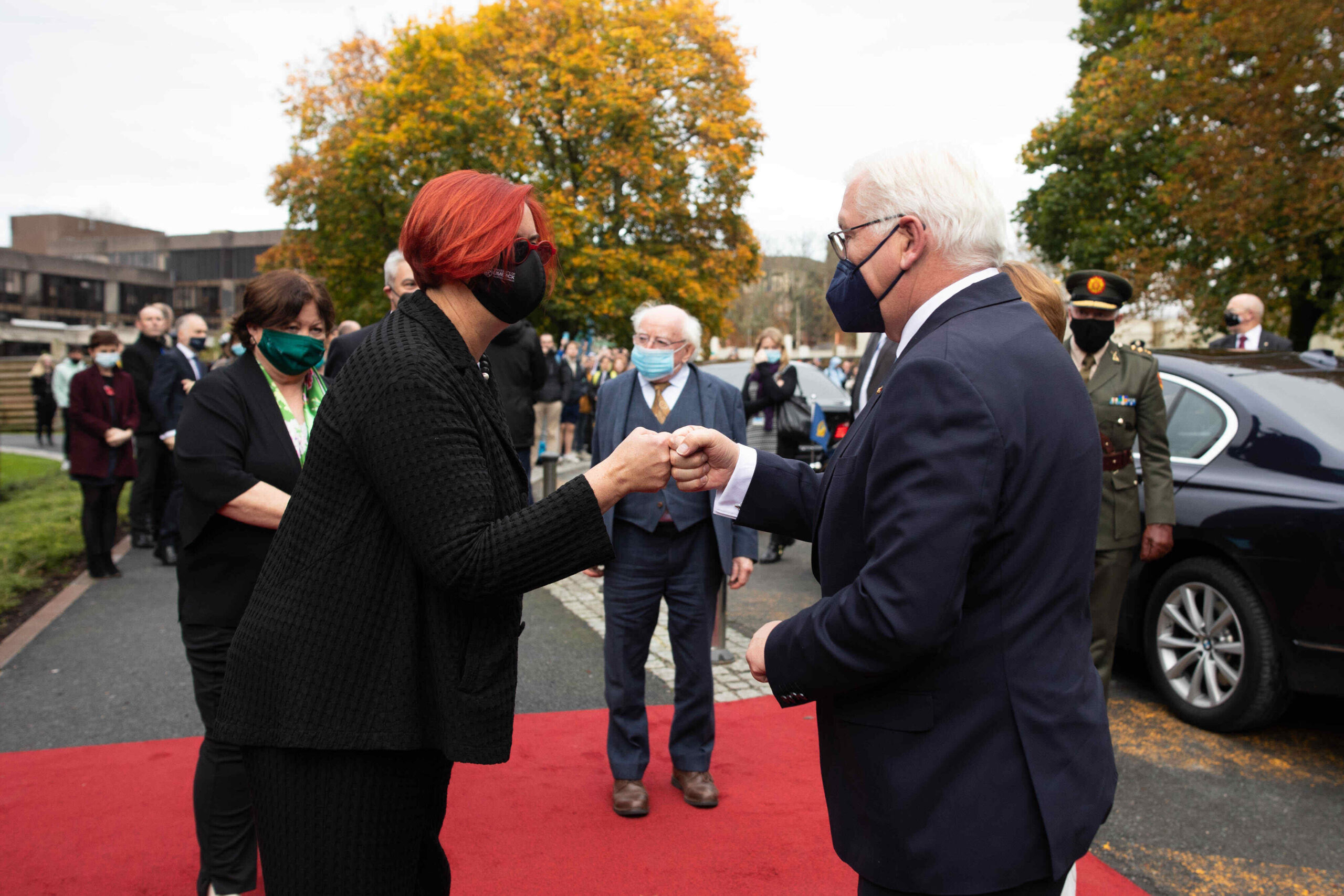 The two heads of state and first ladies were met by German-born UL President Kirsten Mey, before visiting the Glucksman Library to view treasured archives from the university’s Special Collection. The visiting president was shown the first German-language copy of James Joyce’ ‘Ulysses’.

The delegation, including German Ambassador Cord Meier-Klodt and Ambassador of Ireland to Germany Dr Nicholas O’Brien, then viewed a hurling display at the UL Pavillion and marvelled at Limerick’s recently-retained Liam McCarthy Cup.

Finally, the two state leaders took part in a ‘Conference on the Future of Europe’ student engagement session. The Europe-wide conference encourages citizens to debate on Europe’s challenges and priorities over the next six months.

Finishing off their trip to Ireland, German President Steinmeier and Ms Büdenbender tried their hand at a bit of hurling. Maith sibh! pic.twitter.com/tDkxKvqWIj

Attended by representatives from all four UL faculties, the session’s theme was ‘A stronger economy, social justice and jobs’. UL President Mey described students in attendance as “the scholars of today, who will become the thought leaders of tomorrow”.

Ms Mey highlighted the strong connection between the University of Limerick and Europe.

“Europe has always been at the heart of what we do at UL, with our long tradition of academic focus on European Studies and European languages, our national and international reputation for excellence in the Erasmus+ Programme and the involvement of our students in the European Solidarity Corps,” said the UL president.

Before visiting the university, President Steinmeier held talks in Dublin with Taoiseach Micheál Martin. After departing the Treaty City, the two state presidents visited Galway and the Wild Atlantic Way.