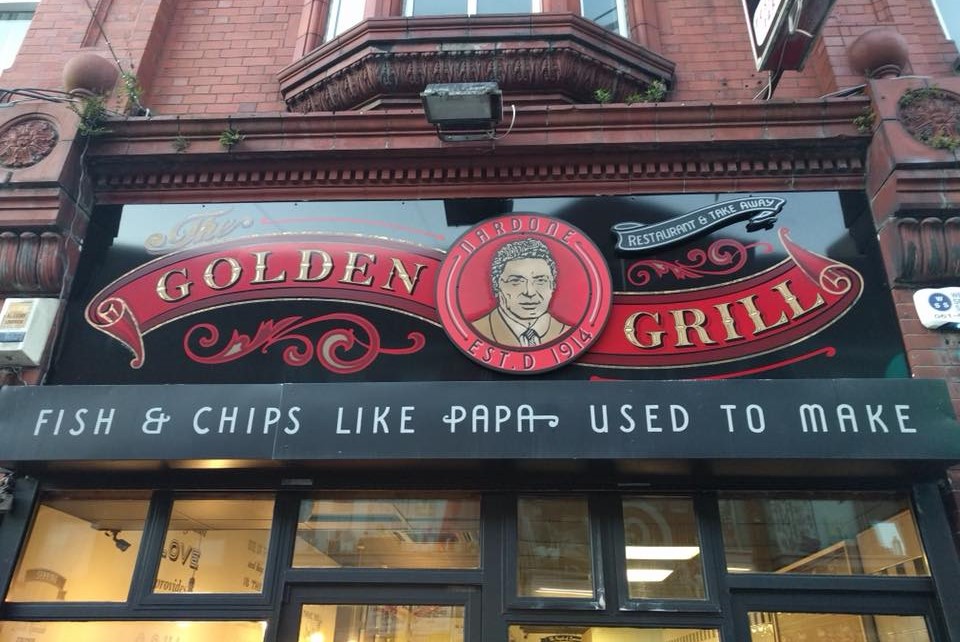 Established in 1966, the notable birthday has brought back memories for many of visiting the chipper as a child with their parents as an after-school treat.

Golden Grill, the popular fish and chips restaurant at 8 William Street, ended 2021 with a bang as they celebrated 55 years in Limerick on Wednesday, December 22.

The restaurant, which does, “Fish and Chips Like Papa Used to Make,” said that they are delighted to continue serving their lovely customers after such a long time.

To celebrate their 50 years in business in Limerick, the restaurant underwent a full makeover, giving it both a modern and an old American diner feel, yet still retains links to its Italian heritage.

Despite the changes the restaurant has gone through throughout its many years in business, the Golden Grill is a firm favourite amongst many in both Limerick and further afar and it’s clear this is one thing that won’t change!

Established in 1966, the notable birthday has brought back memories for many of visiting the chipper as a child with their parents as an after-school treat, creating generations of memories in a fantastic local restaurant.

Some have called their experience at the Golden Grill, “a cultural experience,” and an, “absolute topper of a chipper/sit down diner.”

Taking to Twitter, Limerick native Jennifer Canesten is one of many celebrating the restaurant’s birthday, and has previously said, “There are few things nicer after traipsing the town than a scalding bag of Golden Grill chips for the walk home.”

Another Twitter user, TheSassyOG, said that they can still remember the smell of the Golden Grill chips, and that they, “used to go to Golden Grill every week as a teenager after getting the bus into Limerick,” and that they’re delighted that it is still open as they have the best chips.

The pandemic has been tough on local businesses, so it is fantastic to see a long-time Limerick staple survive these tough times and we hope to see them continue serving the city with their well-known fish and chips for more years to come.

For more on the Golden Grill, go HERE

Why I Love my Job by photographer Darren Ryan, owner of Pigtown Media