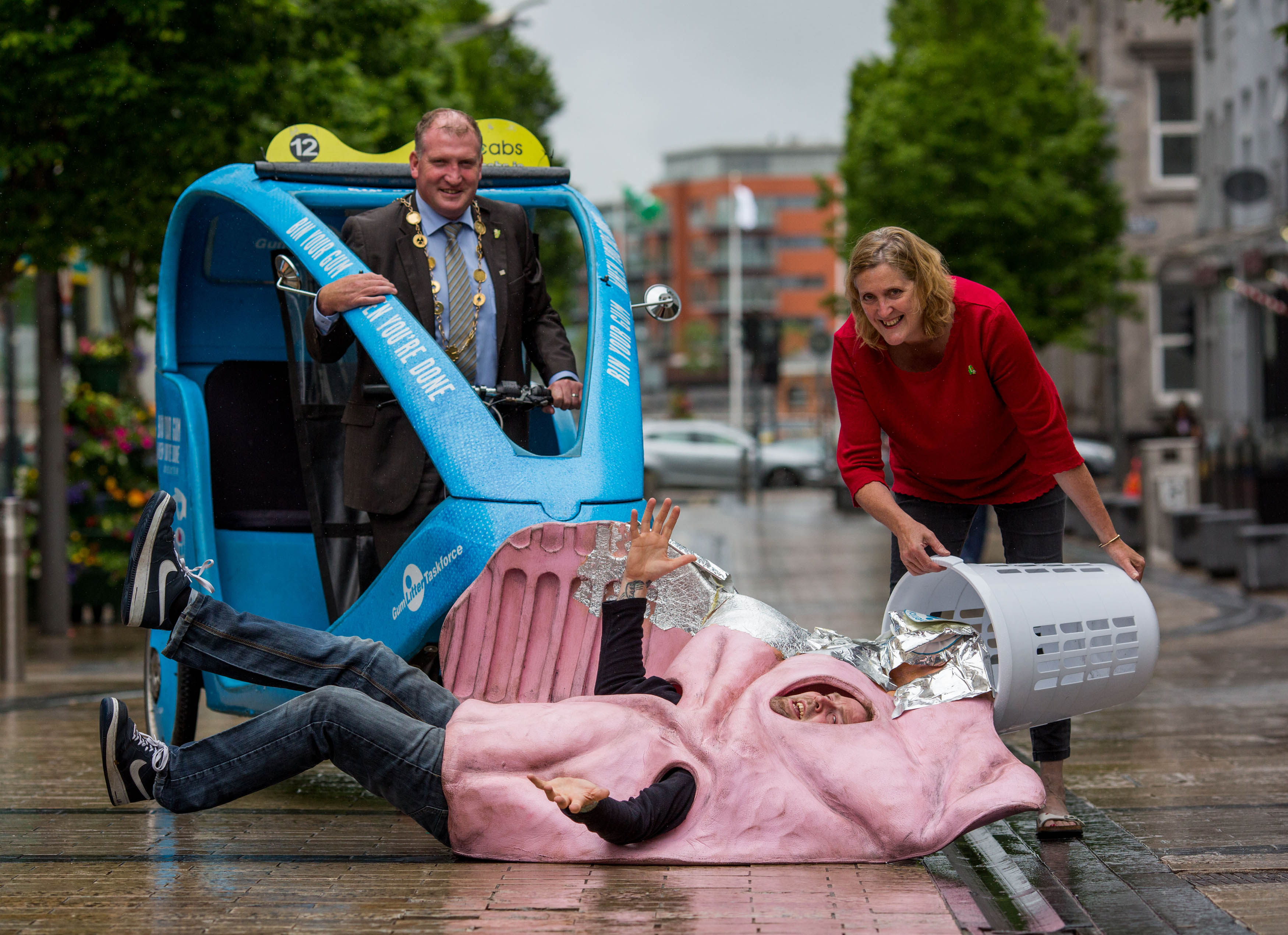 The campaign has seen huge success to date with the National Litter Pollution Monitoring System results showing an overall decrease in people dropping gum from 26% when the campaign started in 2007, to 11% in the latest results. The results of the attitudinal research carried out by Millward Brown on behalf of the GLT during the 2015 campaign saw the highest numbers to date reporting they never drop gum.

This is the second year of the latest campaign, the result of a new agreement between the Department of Environment, Community and Local Government and Food and Drink Industry Ireland (FDII) representing the gum industry, to fund a national gum litter awareness programme from 2015-2017.

Speaking at the Gum Litter Taskforce 2016 launch Mayor Galvin  said, “It is wonderful to see everyone in the community coming together to get behind this campaign, both here in Limerick and in so many towns around the country. The GLT campaign brings together the community and local authorities with a common goal to fight gum litter.”

Speaking at the official launch of the new programme and the campaign for 2016, Paul Kelly, Chairman of the GLT said:

“The main goal of this campaign has always been to reduce the amount of gum litter and change people’s behaviour towards littering. The results of the National Litter Pollution Monitoring System are demonstrable proof of the success of the campaign to date. We’re hoping to build on this success again this year and see even better results. The national launch today will set off an extensive advertising campaign which is being rolled out nationwide and includes the various strands of the campaign such as the hugely popular Bin It!.”

Industry representative Alex West; Senior Manager, Corporate Affairs – UK & Ireland for the Wrigley Company said: “The Wrigley Company is delighted to be the industry representative on the GLT. The Gum Litter Taskforce is a unique industry funded initiative that runs in partnership with local and national government and civic society to tackle a common goal through awareness and education. The campaign results to date have demonstrated the success it has had in changing behaviour and attitudes to gum littering.”

Check out more information about the Gum Task Force here.

For more stories about this topic from us at I Love Limerick click here.