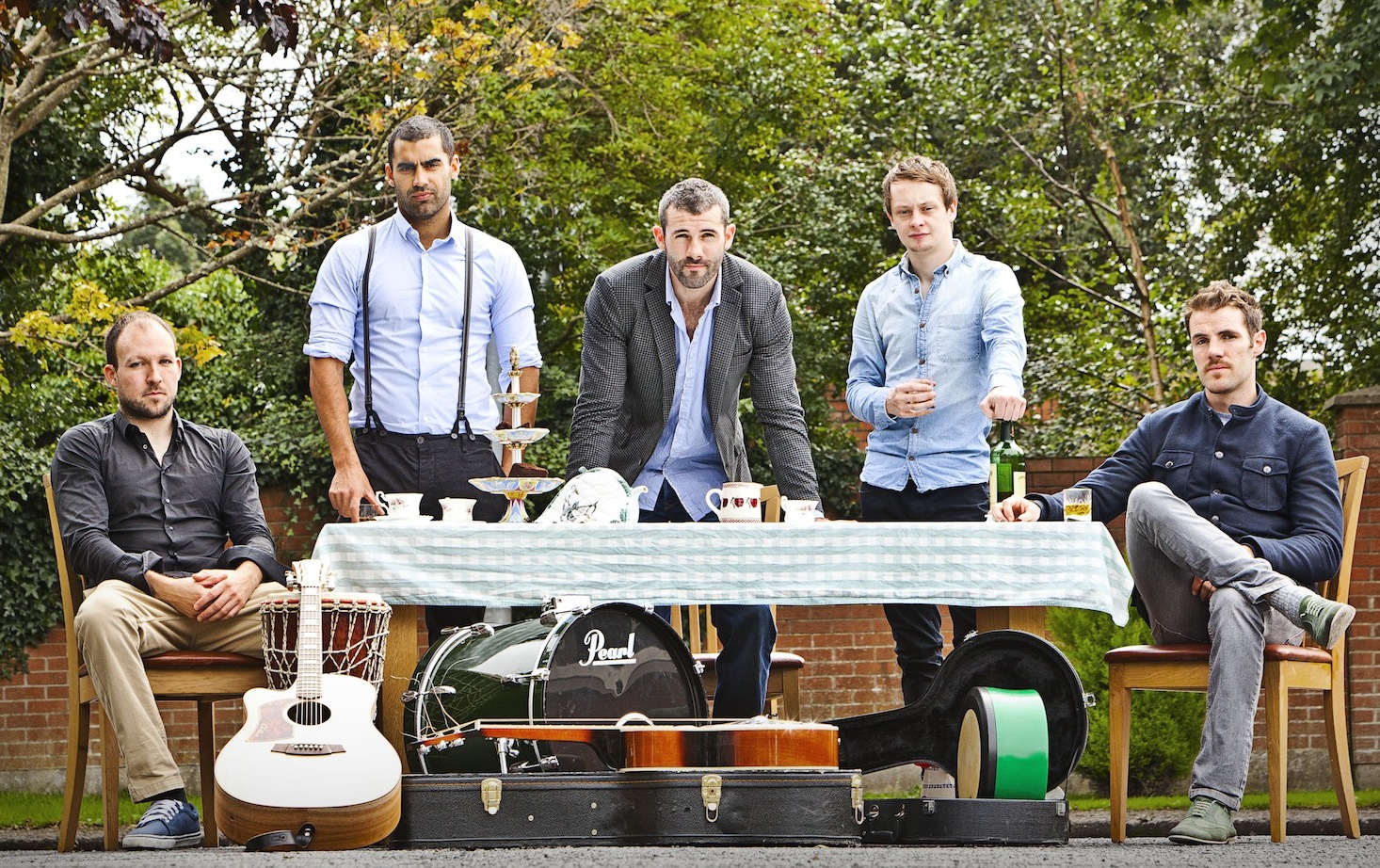 Hermitage Green get a record deal with Sony

Photo above by Ken Coleman.

The fivepiece are Darragh Graham on banjo, djembe, backing vocals; songwriter Darragh Griffin on vocals, guitars; Dan Murphy on vocals, guitars, dobro, and harmonica; Barry Murphy on vocals and bass; and Dermot Sheedy on bodhran. They formed in July 2010 in what started out as a spontaneous jam session between friends and soon developed in to a strong acoustic outfit with an original acoustic trad/folk sound for which the band have credited their contrasting musical tastes.

The group have evolved from playing back room gigs in older Murphy Brian’s Curragower pub in Limerick city to a major touring outfit with one live album under their belt.

Hermitage Green have spent the last couple of years touring relentlessly, winning over legions of fans and selling out shows in Ireland, the UK and Australia. Incendiary live performances and a curious arrangement of instruments help give Hermitage Green their distinctive live sound. Captivating audiences and earning the respect from music pundits, it seems fitting that their debut album should capture the raw power of the band on stage.

The band released their debut EP, ‘The Gathering’ in September 2012, rocketing straight into number 1 in the iTunes chart. The band followed this success with tours of France, the UK, the Middle East, South Africa and the US.

The lads signed this week after almost three months of wooing by the Sony Ireland subsidiary of the worldwide label. The deal is for one album, with the option of four more to follow potentially. “We met the whole Sony team, they are all very sound, they haven’t signed many artists in the last few years and they are promising that they have got their whole team behind us,” Barry tells me.

They release their new single ‘Jenny’ on June 5 and are currently working on their debut studio album. The message behind the single is a timely one, with the Limerick band putting their support for the marriage equality referendum on record through the song and particularly the accompanying video. “The music video is pretty important to us, we put a good bit of effort into that – and it is based around the referendum, so hopefully it goes down well,” said Barry.

And soon to come, the Limerick band will return to their native city for a show in the Spiegeltent for the Culture & Chips festival on Sunday, May 31.

Congrats guys, I am thrilled for ye! Love Richard.