Limerick is located in the Mid-West Region of Ireland and is also part of the province of Munster.

Limerick is located in the Mid-West Region of Ireland and is also part of the province of Munster. Limerick City and County Council is the local authority for the city. The city lies on the River Shannon, with the historic core of the city located on King’s Island, which is bounded by the Shannon and the Abbey River. Limerick is also located at the head of the Shannon Estuary where the river widens before it flows into the Atlantic Ocean. It is the third most populous city in the state, and the fourth most populous city on the island of Ireland. In 2012, it was announced that it would be Ireland’s first National City of Culture in 2014, with a number of events due to take place in the city over the year.

Tourist attractions of architectural and historical note in the city centre include King John’s Castle (1212), St Mary’s Cathedral (1168), the Hunt Museum, Georgian houses and gardens and the Treaty Stone. There are several seasonal tours including Angela’s Ashes walking tour, historical walking tour and boat tours along the River Shannon.

Rugby, Gaelic football, hurling and association football are popular sporting pastimes in Limerick. Limerick is often referred to as the home of Irish rugby and home of the Munster Team. All Munster European Heineken Cup matches are played at Thomond Park Stadium. Limerick is known as a Sporting city and the people are very proud of their sporting accomplishments. 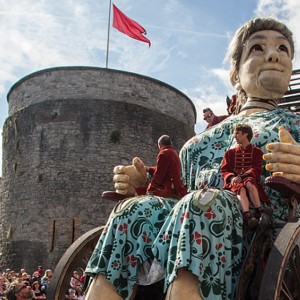