By Richard Lynch on October 12, 2017@richanthon 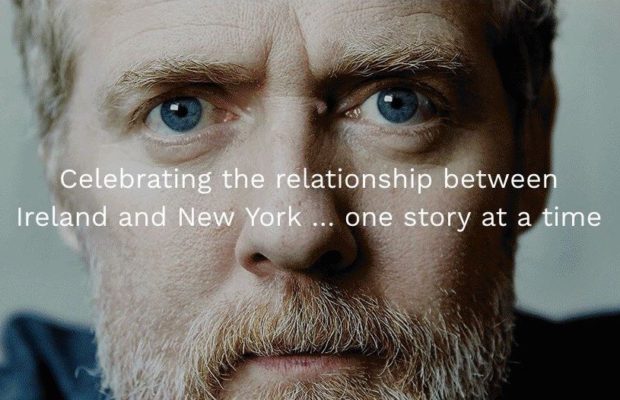 A selection of talent from an array of areas such as literary, film, theatre and music will take part in the upcoming I. NY Festival celebrating the long standing relationship between Ireland and New York.

Designer Orla Kiely, David Bowie’s musical director Gerry Leonard, director of The New Yorker Festival Rhonda Shermanand, Oscar-winner Glen Hansard are just some of the names that will appear at the inaugural I.NY festival in Limerick. The I.NY festival takes place from October 5-15 and will explore and celebrate the relationship between Ireland and New York.

I.NY is the creative brainchild of David O’Donovan and Aoife Flynn of asquared, who developed the project with the help and support of numerous individuals and organisations in Ireland and New York over a two-year period.

“It’s from a fascination with and love for both the history and modernity of the Ireland New York relationship that I.NY is built. The intention is to uncover the stories that are the fabric of that relationship, to tell them to a wide audience, encourage that audience to share their own, and once a year, through these stories, brings that relationship to life in an Irish city. I.NY creates opportunities for an audience to explore what it means to be local and global, Irish and American, emigrant and native, and to share and experience these stories”.

Their ambition is that the I.NY project will become a key place of exchange and engagement between Irish and New York audiences and communities, and a flagship national annual event with a unique international focus.

Appearing at I.NY on Sunday, October 15 with Black 47’s Chris Byrne, Damien Dempsey said of the project “The link between Ireland and New York has been hugely important in the history of both places and should be recognised, talked and thought about, and celebrated… the I.NY project is way overdue.”

Marion Leydon of Fáilte Ireland said “Fáilte Ireland is delighted to support the I.NY festival in its inaugural year. Fáilte Ireland welcomes the event to Limerick’s calendar of festivals and events and particularly the fact that the event will bring visitors, both domestic and international, to Limerick out of season.”

This year’s event, also presented in partnership with Limerick City and County Council and the JP McManus Fund, is intended to be the first of a three-year development plan, with the national and international festival based out of Limerick.

Other features of the I.NY festival include: The Annie Moore Talks series inviting guest speakers from Ireland and New York to explore a range of topics from architecture to immigration; the diaspora-focused I.NY Gathering hosted in Dromoland Castle; the I.NY Symposium on Creative Education in the University of Limerick; and the I.NY Festival Club featuring some of Ireland and New York’s most renowned DJs, producers and promoters. The I.NY festival will see participation and exhibition from New York partners including the Lower East Side Tenement Museum and Ellis Island with further announcements in the coming weeks.

Ireland and New York are synonymous with each other – the shared history, the ever-continuing exchange, the shaping of respective identities and the impact of each place on the other. Of the 34.5million people in North America who claim Irish heritage, it is New York State that the largest number of them call home. Anchored in cultural programming, the I.NY Festival celebrates this relationship through music, literature, film, theatre, exhibitions, presentations, street-art and the Annie Moore talks series. The festival also explores the breadth and depth of the connection between Ireland and New York through widened programming highlighting historical and contemporary stories of sport, politics, fashion, policing, food, religion, crime and more.

I.NY is an international cultural project that celebrates and brings to life this shared story. The broader project includes year-round digital story exchange, collaborations and residencies, and trans-Atlantic initiatives in art, education and enterprise.

I.NY takes place at a number of venues across Limerick City, Ireland from October 05-15 2017. Tickets for all announced shows go on sale at midday, Friday, August 18, and I.NY will be announcing full programme details in early September.