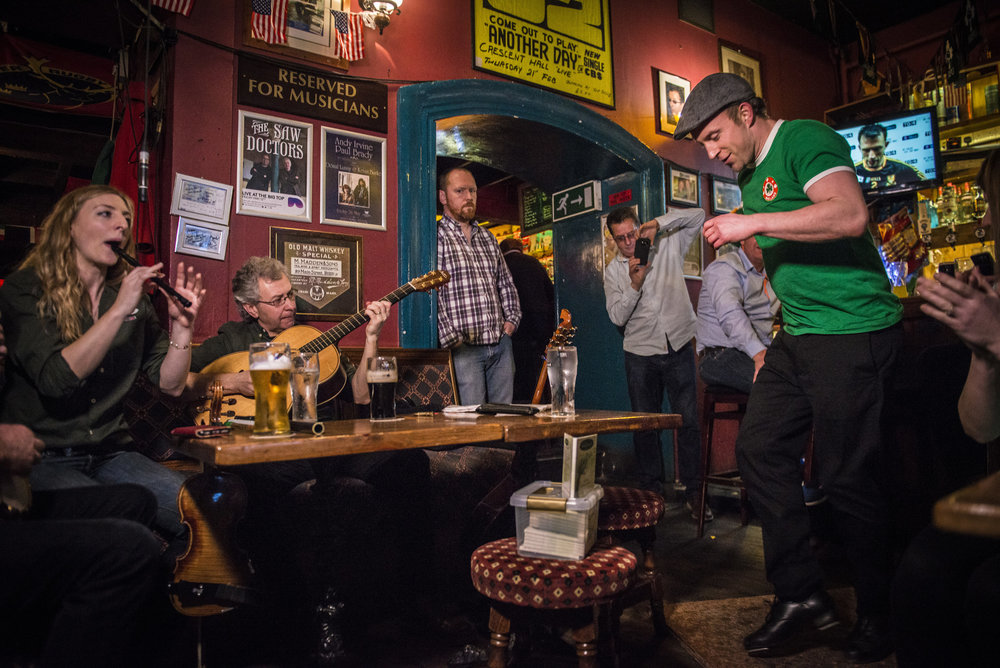 As a dedicated venue for culture in Limerick we are delighted to be hosting two free events that celebrate just some of the multitude of music genres Dolans has showcased since opening in the city almost 25 years ago.

Culture Night 2018 at Dolans Warehouse sees the return of the fantastic Limerick Jazz Workshop Big Band. This 17-piece big band will see some of Limerick’s leading exponents of the jazz genre as they showcase the very best sounds of both Irish and contemporary jazz for this very special one-off celebration for Limerick’s Culture night. There will be both Jazz and Trad sessions to enjoy.

The brainchild of tenor saxophonist Ed Hansom and under the guidance the leadership of maestro extraordinaire Bryan Meehan the band has matured into a unit that is now performing on a regular basis.

Culture night at Dolans Warehouse is a perfect opportunity for the band to showcase these talented musicians. The band will perform and accessible and varied programme consisting of some familiar standards like American Patrol Li’l Darlin’ and Sing Sing Sing to more testing tunes like Dave Brubeck’s Blue Rondo A La Turk and George Shearing’s Lullaby Of Birdland. With 17 musicians on stage, this promises to be a belter of an evening.

Dolans Pub will also play host to some of the very best traditional musicians Limerick has to offer as we host an extra special Culture Night trad session. Since the early days, Dolans has been a key exponent of traditional music.

Dolans opened the same year as The Irish World Academy of Music & Dance at The University of Limerick. Over the past quarter of a century, we have developed strong connections with the music students in the University.

Bands such as Beoga, Four Winds, Goitse, Moxie and Liadan have played in the sessions, sometimes after playing gigs upstairs or in the Warehouse. Martin Hayes, Sharon Shannon, The Dunne Family, Karen Hickey, The Daly Family, The Lyons Family, The Clohessy Family, to mention a few, are all regular visitors to the Traditional Irish nights.

This year’s traditional Culture Night session at Dolans is the perfect opportunity to celebrate the very best of Limerick’s trad scene and is not to be missed.

Dolans is delighted to play our part in the Culture Night celebrations. This important showcase has grown from a relatively small scale cultural event staged only in Dublin in 2006 to the significant national cultural event it now is, with some 400,000 people visiting museums, galleries, historic houses, artists’ studios and cultural centres across the island.

The initiative has captured both the public imagination and the enthusiasm of artists and cultural organisations and Dolans will be at the heart of Limerick’s celebrations this year.

The Limerick Jazz Workshop Big Band will play Dolans Warehouse this Friday night, 21st September from 6.30pm until 8.30pm. This event will then be followed by our special Culture Night trad session in the bar right through the night.