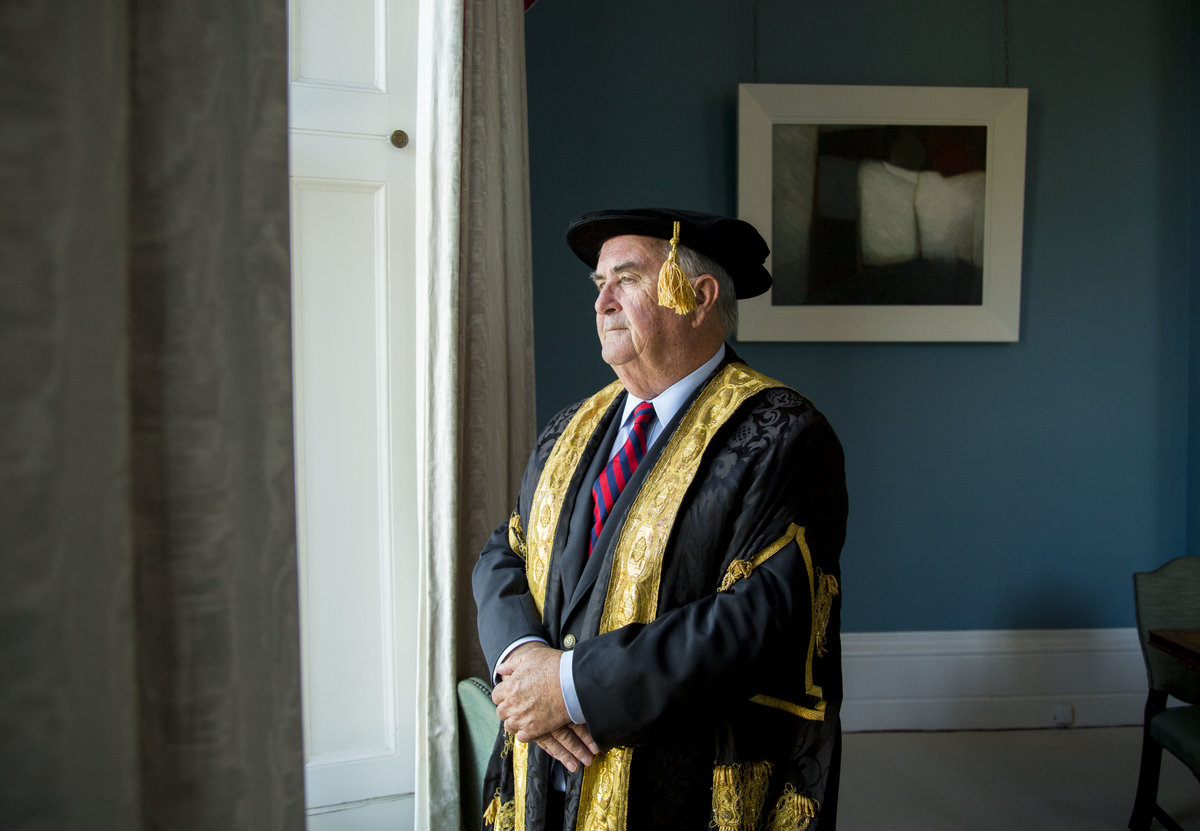 John Murray pictured above drafted what became the Eighth Amendment to Constitution and was University of Limerick Chancellor from 2013 to 2017.

Limerick is mourning the passing of John Murray, former chief justice and attorney general and University of Limerick Chancellor from 2013 to 2017.

The Supreme Court has paid tribute to the “extraordinary achievements.”

The Mayor of Limerick City and County, Cllr Francis Foley paid tribute saying, “Justice Murray’s service to the Irish and European courts system will be his legacy. The Limerick native took great pride in the Irish justice system serving for over 20 years as a judge. His work with the University of Limerick is also well recognised and Mr Murray will be a huge loss to all who knew him both personally and professionally.”

Chief Executive of Limerick City and County Council Dr. Pat Daly added, “Justice Murray, a proud Limerick man, gave great service to the state over many years. His work with the public service, the law in both Ireland and European has inspired many. He will be sadly missed.”

The University of Limerick community is deeply saddened by news.

Mr Murray, a two time Attorney General, served as UL Chancellor from 2013 until the end of 2017.

UL President Professor Kerstin Mey said: “UL benefited hugely from Justice Murray’s leadership, vast experience and wise counsel over the term of his time in office as UL Chancellor. His contribution to justice in Ireland cannot be over stated.

“When John took on the role of Chancellor at UL he said that ‘learning and education concern the soul of a nation’ and he was deeply committed to that vision and the provision of education. He will be sadly missed by his many colleagues and friends at University of Limerick,” Professor Mey added.

Related Topics:john murray
Up Next