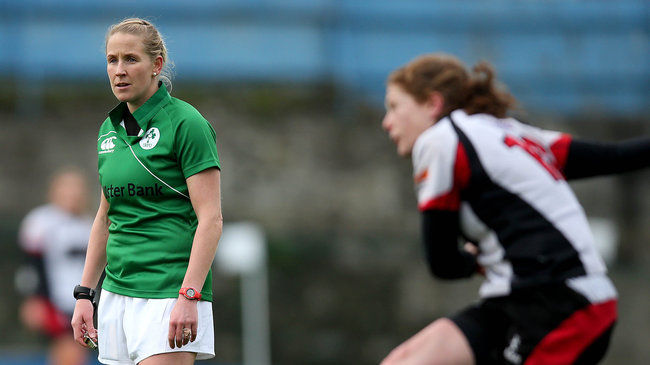 Limerick athlete, Joy Neville, made history on Thursday, 20 October, becoming the first woman to serve as a touch judge in the Champions Cup or The Challenge Cup.

Although Joy Neville has previously appeared as a touch judge in Pro12 competitions, the Challenge Cup game between English sides Bath and Bristol was a special moment, as this was her first European game, as an official, and the first of any female referee in the competition’s history.

The former Irish captain announced her retirement in 2013, having had a decorated career in women’s rugby. In her international career, Joy Neville has won the Six Nations Grand Slam and has earned 70 Caps along the way for her country.

On a club level, Joy Neville was a key member of the Munster team that claimed six interprovincial trophies over a seven-year period before Neville announced her retirement.

After spending a short amount of time in punditry, the Munster and Ireland athlete pursued a future in refereeing. Having made her refereeing debut in an under 15 friendly match between St Munchin’s College and CBC in December 2013, the Limerick referee has made her way in under three years to taking part in her first European cup match as a judge.

On her journey to running the line in the Challenge Cup match, Joy Neville has refereed at the 2015 World Rugby Women’s Sevens Series qualifying tournament, last June’s Olympic Women’s Sevens Repechage, as well as the Women’s Rugby Super Series in Salt Lake City in July. More recently Neville has been selected to referee the Women’s HSBC World Rugby Sevens Series for 2016/17.

Red carpet being rolled out for Limerick MONOPOLY board launch