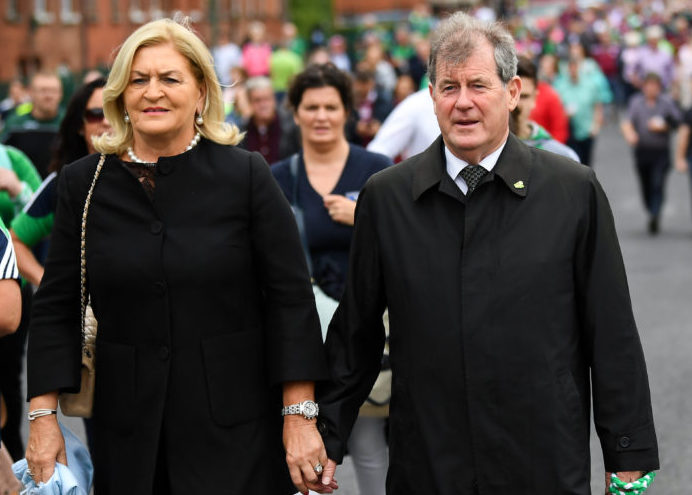 JP McManus donated €100,000 to all the Gaelic Games county boards in Ireland which will be divided equally among their local clubs.

There are currently 66 GAA clubs in Limerick and this would mean that each club in the county will receive around €1,500 off the back of the major donation.

JP McManus has been a big supporter of GAA for a long time and has been the main sponsor of Limerick GAA under the banner of Sporting Limerick since 2004 and is heavily involved in the sport, including horse racing and the upcoming JP McManus Pro-AM at Adare Manor in July 2020.

A letter to each county board has said the intention is for the continued development of Gaelic Games in the country.

A spokesperson for the GAA has described it as “unprecedented” and an “incredible gesture”.

McManus has sponsored the Limerick hurling team for a number of years and dubbed them the “champions of the world” following their All-Ireland win, which he attended.

JP McManus has been renowned for his generous donations and pumping money into the heart and soul of Limerick and indeed for the rest of Ireland.

The JP McManus Benevolent Fund was set up to support local community initiatives and non-profit organisations throughout the mid-west of Ireland.

JP has also supported students by setting up scholarships. These scholarships have been set at €6,700 euro per annum in Ireland and £5,500 in Northern Ireland and will continue for the duration of the undergraduate programme chosen by the scholarship winners.

To date,  over 1,200 students have been awarded a scholarship, with 656 having graduated from third level education.

JP’s donation of €100,000 to each GAA county board in Ireland will do incredible work for the GAA clubs in Limerick and throughout the country. The funds can be used for all sorts of things such as the purchasing of new jerseys and gear for the clubs, hurleys, new netting/goalposts, etc. It is a truly incredible donation from the Limerick businessman.

Related Topics:jp mcmanus
Up Next