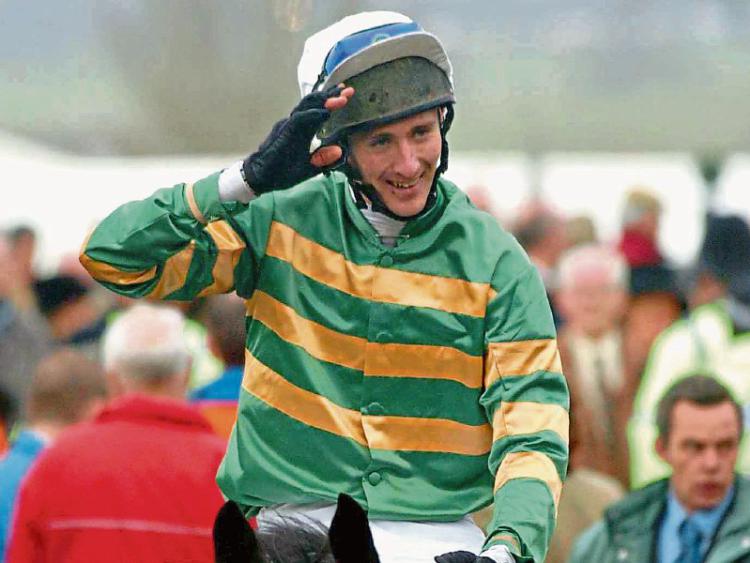 Swarms of mourners are expected to gather at the well loved jockey, JT McNamara’s funeral today at 11am, with the burial to take place afterwards in the local cemetery.

Tributes have been pouring out from near and afar since the passing of this father of three, Croom native in his County Limerick home.

He was rushed to the University Hospital Limerick last Friday night due to complications. He then returned home the Saturday to spend to spend his final days with his loved ones.

Limerick businessman, JP McManus had nothing but heartfelt praise for this highly talented man whom became paralyzed in 2013 due to a fall at the popular Cheltenham Festival.

“When JT had his accident in Cheltenham he could have died that day but the will of the man to live at the time, and the good that came out of that afterwards from the hundreds of people who rallied to support him and his family; that is his legacy,” said JP McManus.

“It’s interesting to hear so many great jockeys who looked up to him as the absolute horse man. He knew when to be kind. He knew when kindness worked best with a horse. He knew the horse. He could be forceful when necessary and he could have ridden more fancy horses but he was extremely loyal to the horse”, JP McManus fondly expressed.

JP McManus later went on to exclaim how JT was, “loyal to a fault either to man or horse”.

Thousands of people took part in singing the chorus with rockstar, Bruce Springsteen back in 2013 at his sold out Thomand Park performance when he dedicated one of his songs, “My Hometown”, to the huge Springsteen fan, JT McNamara.

Shortly after the concert McManus picked the horse that would be named after the Springsteen song.

Family flowers only, donations, if desired, to the Irish Injured Jockeys Fund.

Read more about the remarkable and missed JT McNamara here.