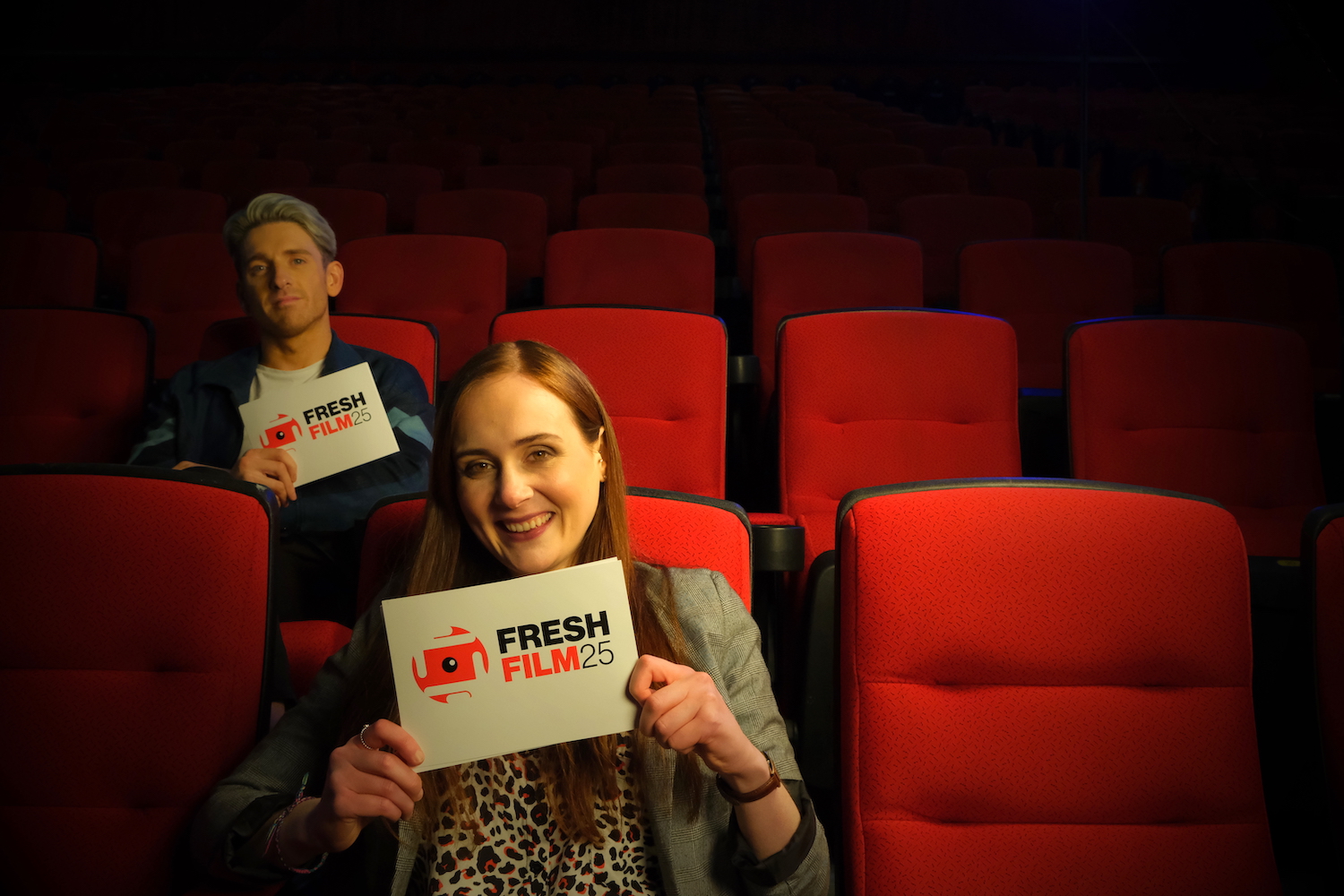 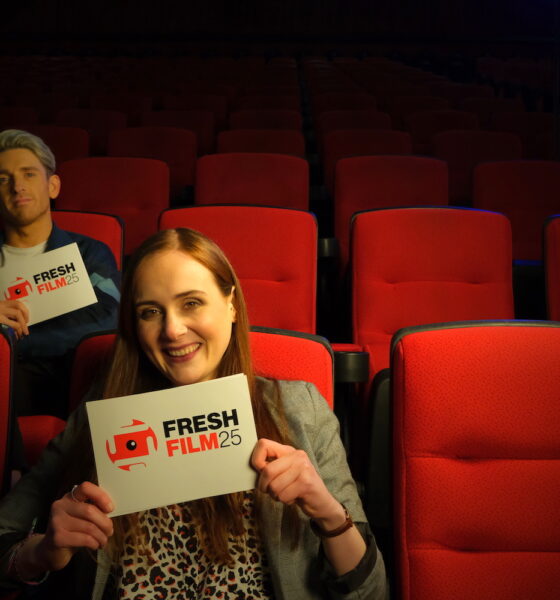 Justine Stafford pictured above with Stephen Byrne, her co-host for this year’s Fresh International Film Festival 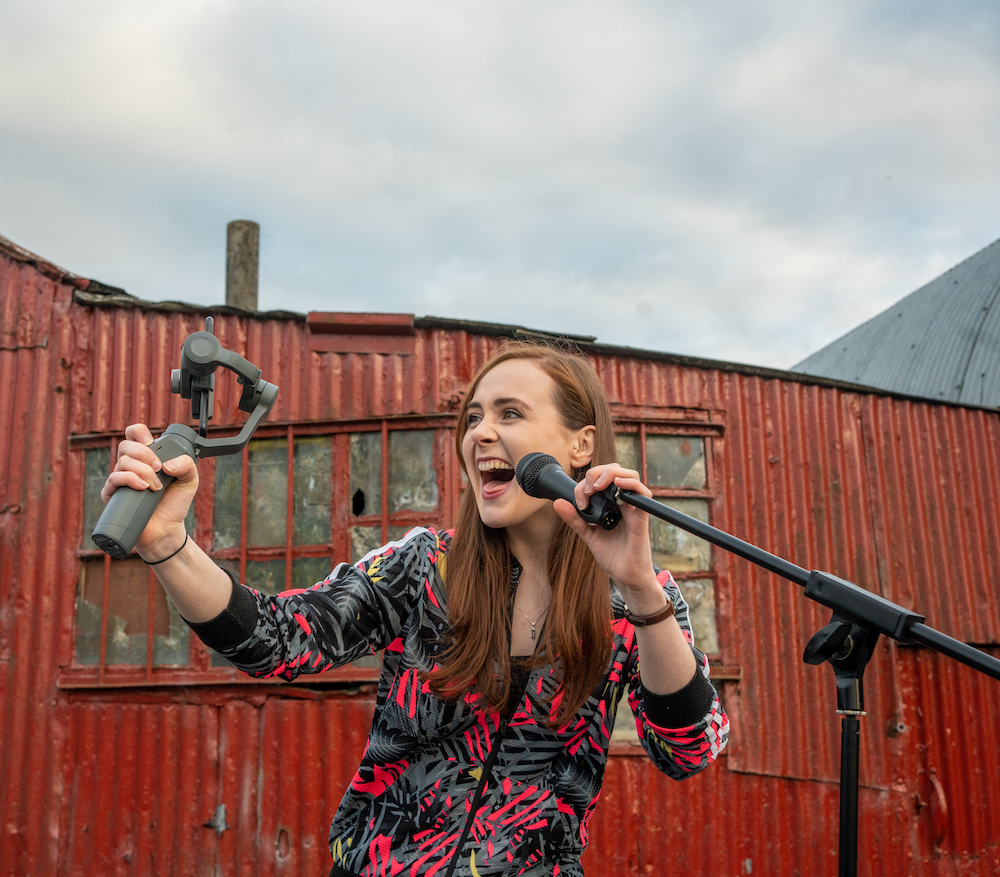 Justine still works in media after her start in Fresh. Picture: Barry Cronin

I first heard about Fresh International Film Festival in 2008. My teacher had recommended I enter after our primary school had taken part in the Fís Film project which encourages primary schools to create short films.

I had filmed and edited our short film and developed an instant grá for video creation. Our film ended up winning the national Fís competition and that was when I decided to ask the big man himself (Santa) for a Camcorder that Christmas to start trying to create my own mini-movies.

I had never heard of Fresh Film until my teacher told me about them and so I wasn’t sure what to enter or expect but I had made two short films that year and decided to submit them.

I could not believe it when a few weeks later the letter came through the door to say my films had been selected to be shown at the Regional heats at the Irish Film Institute in Dublin. (Top Tip: It’s also very fun to mention very casually anytime I’m at the IFI with friends now that “Oh yeah… I had some films screened here before.” Never gets old. Trust me.)

From the regional heats, one of my movies was selected to take part in the National Final held in Storm Cinema in Limerick.

Going down to the cinema in Limerick was a mission in itself. From our home in County Meath, the journey was going to take over 3 hours. In preparation, my mother cleverly packed a shoebox filled with pink snacks, sandwiches and a flask of tea for the trip and we set off with my father driving as our own personal google maps (yes this was a time before Google maps was used guys but please don’t read into how long ago that was and what age that must make me now.)

When we arrived in Limerick full of tea and full bladders the cinema screen was PACKED. I suddenly became nervous that this huge room of people were about to see my movie.

As we took our seats in the cinema screen, we were handed programmes with each movie listed within it along with info on each production. I now suddenly felt like I was at the Oscars except I’m not sure they eat sandwiches and pink snacks out of the boot of their car before the Oscars Ceremony ( although if they don’t they definitely should.)

I adored watching all the other films. Seeing so many like-minded young people who loved making videos as much as me instantly made me feel simultaneously excited and at ease.

The standard of each film was so high too, so high in fact that my Father STAYED AWAKE the whole time – A man notorious for falling asleep at any Hollywood movie he brought me to as a child was now wide awake through every production and just as enthralled as I was.

Then came the moment when my film was shown. I could not believe my ears or eyes. People were enjoying it and laughing along at my silly little sketches on screen.

I truly cannot express just how incredible that feeling was and still is to this day. 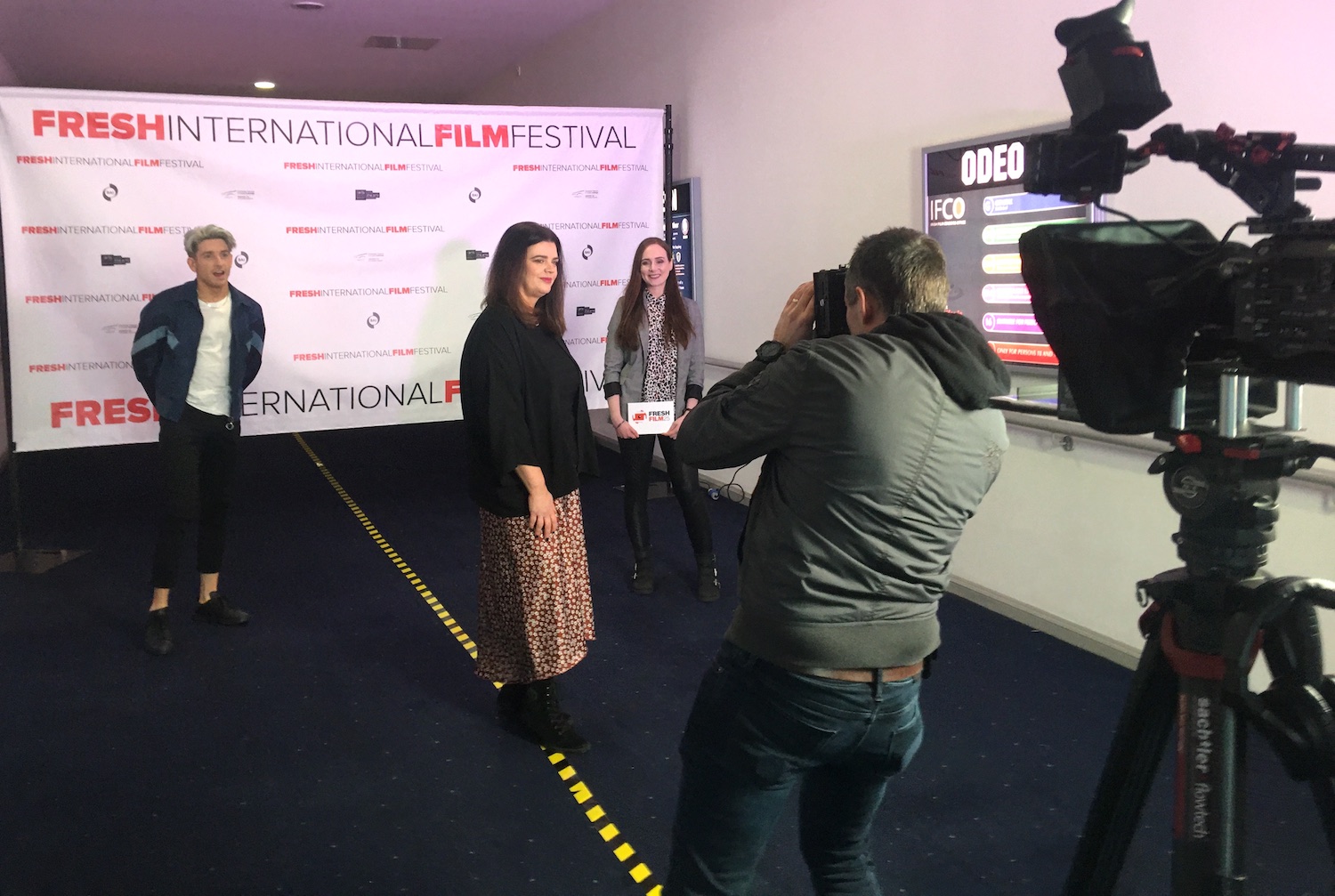 To see a room full of people enjoying your film and to know you’ve made them laugh is one of the greatest feelings I’ve ever experienced and Fresh Film gave me my first insight into just how wonderful it was.

That feeling kick-started the beginning of me re-entering Fresh every year trying to create something better in an attempt to replicate that reaction from an audience again. It was like a movie-making addiction and I could not give it up.

I don’t think anything has ever compared to that feeling since and sitting in a packed cinema screen in Limerick in 2008 that day, which to me was the ultimate victory. Those people had enjoyed my film and that I had made them laugh.

At the end of the day the awards were given and my short mockumentary had been awarded 3rd prize. I was as shook as a hand at mass. I couldn’t believe it! I was handed an award and a cheque which I already knew I was going to use towards buying my next camcorder and getting ready to apply for Fresh Film the very next year.

And that’s just what I did. In 2009 I submitted another short film and won the audience award at the regional heat.

In 2010 I submitted another short comedy film and got through to the final in Limerick. The boot was loaded up with extra shoeboxes this time as I’d even brought two friends along to share the Fresh Film experience with me.

Once the time came for my film to be shown the nerves came flooding right back. My film started and I was on the edge of my comfy red seat waiting for a laugh to come, hoping the audience would enjoy it. A laugh came from the seat directly behind me and I was instantly relieved.

The laugh was however a very distinct and unique one. I was so delighted to hear it and hear others laugh around the cinema at my movie about a group of elderly people trying to escape from an old folks home, but I was now also worried; “Would they be distracted by this person’s laugh?”

I knew I was overreacting but I still could not get it out of my head. I looked to my friends beside me for reassurance that I wasn’t just imagining it and their amused reactions confirmed they too found the laugh very intriguing. I knew at that moment I had to turn around and find out where this laugh was coming from.

And so, I turned my head around and there, sitting directly behind me, laughing at my movie was PAT SHORTT. PAT. SHORTT! A comedian who I had looked up to and grown up watching and loving his comedy was laughing at MY MOVIE?? My friends were just as shocked as me. I couldn’t believe it. To be honest I felt like walking out of the cinema at that moment because nothing could ever possibly top that feeling. To then be awarded third prize at the end of the screening and handed the award by the distinct laugher himself Pat Shortt is one of the best memories I still cherish to this day.

A few months after the festival passed while I was still revelling in the joy and memories from the awards I was contacted by Fresh International Film Festival. They had submitted the winners from Fresh to an International Youth Film Festival in South Korea and I was now being offered the opportunity to go and represent Ireland at it. I yet again could not believe it. And so, along with 3 other winners at Fresh and our Fresh Film chaperone/mammy for two weeks/all-round-hero Gillian Fenton headed off to South Korea that Summer to represent Ireland in Seoul South Korea.

As well as this, I also got to travel to Greece after Fresh submitted my film to a youth film festival there and meet more like-minded young people and see my movie shown to an international audience as well as see other short films from across the world.

Looking back over my experience with Fresh International Film festival, I have nothing but gratitude.

Fresh gave me confidence and encouragement to create short films. They introduced me to a group of like-minded people that I never would have known existed had I not taken part in the competition. These people I am still in contact with to this day about what projects we’re working on currently and are people I am so glad I met and to be able to call friends.

Without Fresh Film I can honestly say I never would have gone on to study Film and Broadcasting in college. I never would have realised this was a possible career option or something that so many others in Ireland had a shared interest in. Fresh gave so much encouragement as well as just seeing the diverse range of entries each year it always aided my creativity and inspired me to create more.

To this day, I still meet people that I can’t quite place how I know their face or their name and then I ask; “Did you have a film at Fresh International Film Festival before?” and when they say “YES!” we spend the next twenty minutes reminiscing on all the entries and our time at the festival.

I’m so grateful that I was introduced to the festival and to see that the Festival is now in its 25th year after being founded in Limerick in 1996, gives me so much joy and excitement to see just what the current generation of young filmmakers will create and how excited I am to become a part of the Fresh Film Family.

It’s a family I’m forever grateful for and proud to be a part of.

Fresh International Film Festival invites young people from Ireland and overseas, aged 7 to 18 years, to create, exhibit and share films. The festival provides an opportunity for these young filmmakers to have their work seen on a cinema screen for the first time and to compete for the title of Ireland’s Young Filmmaker of the Year. All films submitted are also considered for a range of Specialist Awards.

Fresh International Film Festival 2021 takes place Monday, March 22 to Sunday, March 28 and features an alumni showcase and a week of film screenings and workshops with the Junior Finals taking place on Thursday, March 25 and the Seniors Finals on Friday, March 26 via a YouTube live stream with presenter and documentary filmmaker Stephen Byrne and comedian and social creative Justine Stafford hosting this year’s awards.