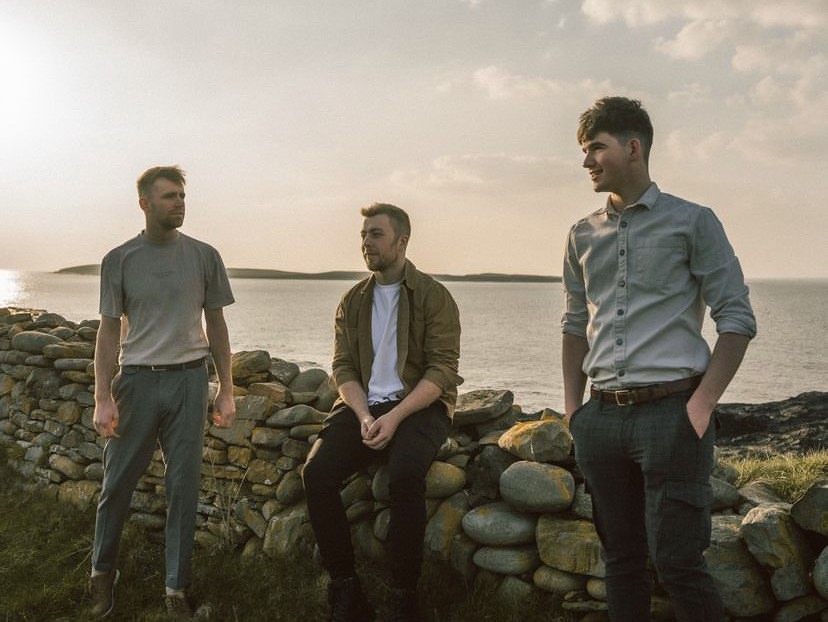 Kingfishr is comprised of members Eddie, McGoo and Fitz who met while studying engineering in the University of Limerick in 2017.

Up and coming band Kingfishr are set to play their first debut headliner gig in popular pub Pharamacia Saturday, September 24. With support acts from Dylan Flynn and the Dead Poets, this event is not one to be missed.

This comes after the release of their latest single ‘eyes don’t lie’. The song is a collection of thoughts based around the paradoxical nature of love. It is about breaking up with someone, while simultaneously questioning whether it might still be possible to make it work.

Member of the band, Fitz said, “It was the first thing we ever wrote together. It’s been a long time in the works, we’ve really tried to get this one right. It’s the reason the band was formed in the first place.”

The band is comprised of members Eddie, McGoo and Fitz who met in the University of Limerick in 2017. The dissolution of Eddie’s previous band elm094 gave space for the three to convene on a new project, Kingfishr.

The friends grew listening to Mumford and Sons and U2. They then matured musically on the likes of Dermot Kennedy, Ben Howard, We Banjo 3, and Bear’s Den. The grand atmospheric nature of their influences is something the band are keen to imitate in their own sound.

McGoo said, “There’s a storied history to spoken word in Ireland that defines us as a culture. There’s something of that authentic Celtic vibe that I think people are still hungry for. In some way that’s what we’re trying to get at, while keeping it fresh at the same time.”

The boys have spent the summer balancing performing as well as writing, gracing the fabled halls of Cyrus Avenue and Whelan’s and supporting Hudson Taylor, Hermitage Green, and Toucan.

The success of their first song ‘flowers-fire’ came as a complete surprise to the band, who released the song during their final days of college.

McGoo said, “We really wanted to give ‘flowers-fire’ time to breathe, we hadn’t expected the response it got, and spent the summer really finding our feet in terms of the live setup”.

‘Flowers-fire’ was included in New Music Friday UK on Spotify and amassed over 10 thousand streams in the first week of release alone.

The interplay between the lead vocal and the banjo continually lends an emotional quality that stands out as the band’s unique alluring factor. The production is immaculate, with the conclusion matching the strength of the lyrical content.

McGoo’s skill on the banjo, after being a part of the National Folk Orchestra of Ireland and Fitz’s experience on the concertina, add a traditional timbre to the group which helps the band thread the line between familiar, and avant-garde.

The band, which is named after the bird which frequents the river Boro in Eddie’s native county of Wexford, band serves as an attempt to disassemble the contemporary Irish experience.