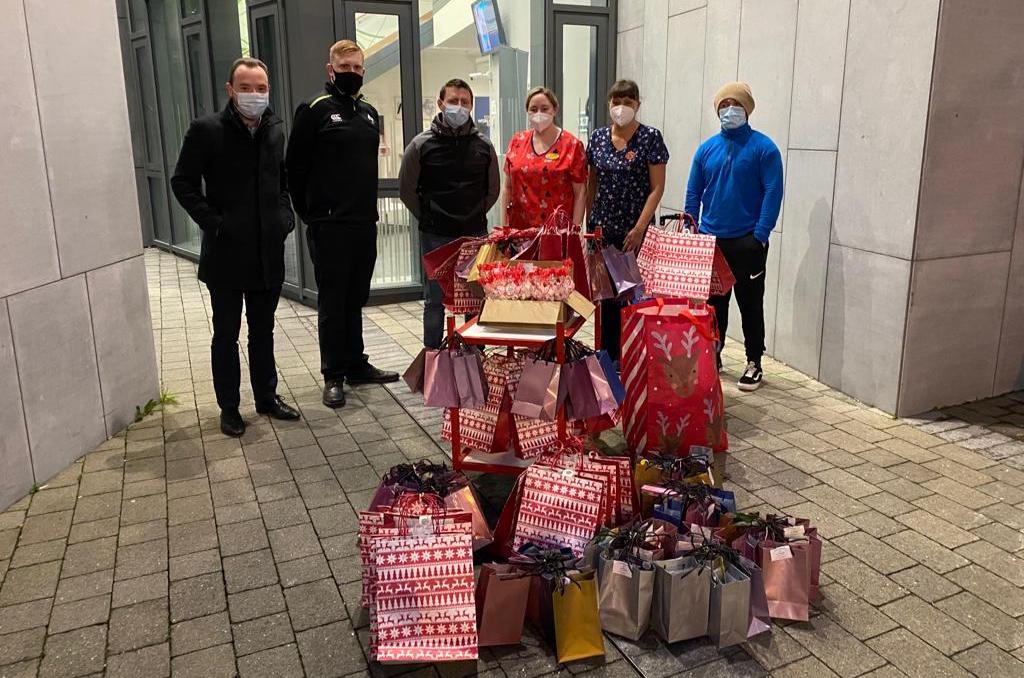 One of Limerick’s newest charities, Let’s Fund It, has donated 200 goodie bags to the Children’s Ark paediatric unit at University Hospital Limerick.

Let’s Fund It made a similar donation last year of 100 goodie bags, however the newly registered charity wanted to increase its donation to 200 goodie bags to ensure that the Children’s Ark has a gift for every child over the Christmas period. In addition, staff at the paediatric unit hope to distribute some of the goodie bags to children attending A&E.

Let’s Fund It hopes to make this an annual donation to the Children’s Ark paediatric unit. The volunteer-led charity has built a strong relationship with the staff of the paediatric unit, and it is certain that the donation to the unit will support the children attending hospital over the Christmas period. Let’s Fund It has previously made donations of toys, stationery, and art & craft supplies to the Children’s Ark.

Let’s Fund It has also donated 150 goodie bags and a selection of sweets and biscuits to St. Munchin’s Community Centre in aid of their Seniors Christmas party. The goodie bags will help spread Christmas cheer during these difficult times.

✅ Great news! Our donation to the UHL Children's Ark is now COMPLETE

Let’s Fund It was founded by four friends, Stephen Ryan-Doyle, David Walsh, Adam Kinsella & Joseph Guerin. The inspiration for the charity came from a desire by these friends to help Irish charities and charity service-users in a practical and transparent way. In 2019, the four friends began by putting a portion of their monthly income into a bank account and allowing it to build up. Once there was enough in the account, Let’s Fund It would reach out to charities to see how they could help. As word of their charitable efforts grew, the group started receiving donations. This encouraged the four friends to apply for charity status. As of May, this year, Let’s Fund It is a registered charity.

Since registration in May of this year, the new charity has launched their own website and social media accounts on Facebook, Instagram & LinkedIn to publicise their donations and grow the charity’s reach and awareness. Let’s Fund It has also been busy at work and has donated just under €4,000 worth of goods to benefit charity users from charities including BUMBLEance, Milford Care Centre and Novas.

“The Lets Fund It Childrens Ark donation of goodie bags to the Children’s Ark paediatric unit is very important to everyone at Let’s Fund It and our donors. This donation is our way letting all the children attending the ward and the staff know that we are thinking of them. We also hope our contribution will help spread some Christmas spirit,” said Stephen Ryan-Doyle, Chairperson of Let’s Fund It.

“We’ve built a good relationship with the staff of the Children’s Ark paediatric unit. We hope to make Lets Fund It Childrens Ark regular donations of equipment and supplies to help the staff continue their amazing work.”

“Let’s Fund It is proud to support the children attending UHL’s Children Ark. Hospitals can be a scary and nerve-wracking place for children so we hope that our donation of 200 goodie bags filled with treats and toys will put a smile on the faces of many children over the Christmas season, ” added David Walsh, Secretary of Let’s Fund It.

For more stories on Lets Fund it go HERE

For more info on Lets Fund it go HERE