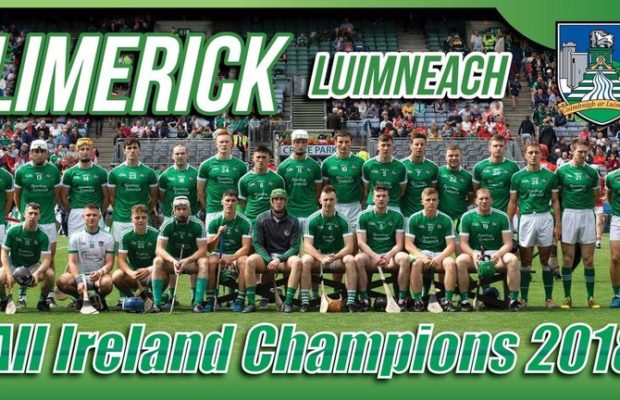 Limerick are victorious! After a 45 year wait, Limerick has beaten Galway to win the All-Ireland hurling final at Croke Park, and are bringing the Liam MacCarthy cup home!

40,000 Limerick fans watched the match at Dublin’s GAA HQ and thousands more packed the Gaelic Grounds in Limerick to watch Limerick history in the making.

How would a Premier League footballer react taking a hit like this?

I love how the Limerick player gets straight to his feet.#Hurling pic.twitter.com/tTZnRLLwYH

Limerick people all over the world sent their congratulations to the Limerick team after the big win with a final score of Galway, 3-16 to 2-18.

Thousands of people watched on a big screen at the Gaelic Grounds and there the crowd went mental and were overjoyed to finally see Limerick victorious when Limerick All Ireland hurling champions for the first time in 45 years.

Niall Burke has made it a 1 point game! What a game of hurling this is. Galway 2-17 limerick 3-15 #GALVLIM pic.twitter.com/5XvjZvqQA7

It was a different world in 1973 when Eamonn Grimes captained a Limerick team to a first All Ireland.

Limerick Manager John Kiely commented “Huge relief. This group has a phenomenal belief in their ability. Galway pushed us all the way. I’m just thrilled for Limerick. They don’t know what it is to give up.”

John Kiely’s team brought home the gold in a very tense match to bring an eighth All Ireland SHC for Limerick and the first since 1973. 45-years since they last won and Limerick did it by the narrowest of margins against the defending champions Galway.

In 1980 #Galway & #Limerick hurlers came head to head for the All-Ireland hurling final! Galway captained by Joe Connolly took home the title with the final score Galway 2-15 to Limericks 3-9. #NUIGalway would like to wish the Galway Hurling teams the very best of luck! #GALvLIM pic.twitter.com/JIHuHm723s

There were gasps from the capacity crowd when eight minutes of stoppage time were announced with just a five-point lead now and only five minutes to play but Galway couldn’t recover from a determined Limerick.

The Gaelic Grounds will host the homecoming for the All-Ireland Senior Hurling Champions tomorrow. (Monday 20 August 2018).

Congratulating the team on their famous victory, Mayor of the City and County of Limerick Cllr James Collins said: “This is incredible, unbelievable!  The team performed with such determination and skill in the final.  They showed their true colours and the pride they have in the green of Limerick.  On behalf of the people of Limerick, I would like to thank them for this amazing All-Ireland journey.  It is not just the win that fills us with pride, it is the manner in which the team and management have carried themselves throughout the campaign. It was such a nailbiting finish but your belief in your abilities and never say die attitude shone through.”

John Cregan, Cathaoirleach of the Limerick County Board added: “We set out together last January to embark on a journey to success. This has now been achieved in a truly remarkable fashion. We have now just won what many believe to be the greatest All Ireland championship of all times. This year was different, this championship was different and this Limerick Team is now very different. This so-called championship that kept on giving has now given us the greatest prize in hurling, Liam McCarthy, after a 45-year absence.”

“In what is my greatest ever privilege, on behalf of Limerick County Board, I salute all involved in this famous victory, our team captain Declan Hannon and his 35 colleagues, manager John Kiely and his management and backroom teams, our team sponsor Adare Manor and JP and Noreen Mc Manus, our additional sponsors, my fellow officers and staff of Limerick County Board, and of course our clubs and many thousands of supporters both at home and scattered throughout the world all of whom have contributed to this success.”

“Many thanks to our Homecoming hosts Limerick City and County Council, to An Garda Síochána and to all of our other civic authorities for your massive input into this event and indeed for your ongoing support for and cooperation with Limerick GAA. Ar son Coiste Luimnigh go raibh míle maith agaibh go léir agus míle míle buíochas do gachéinne.”