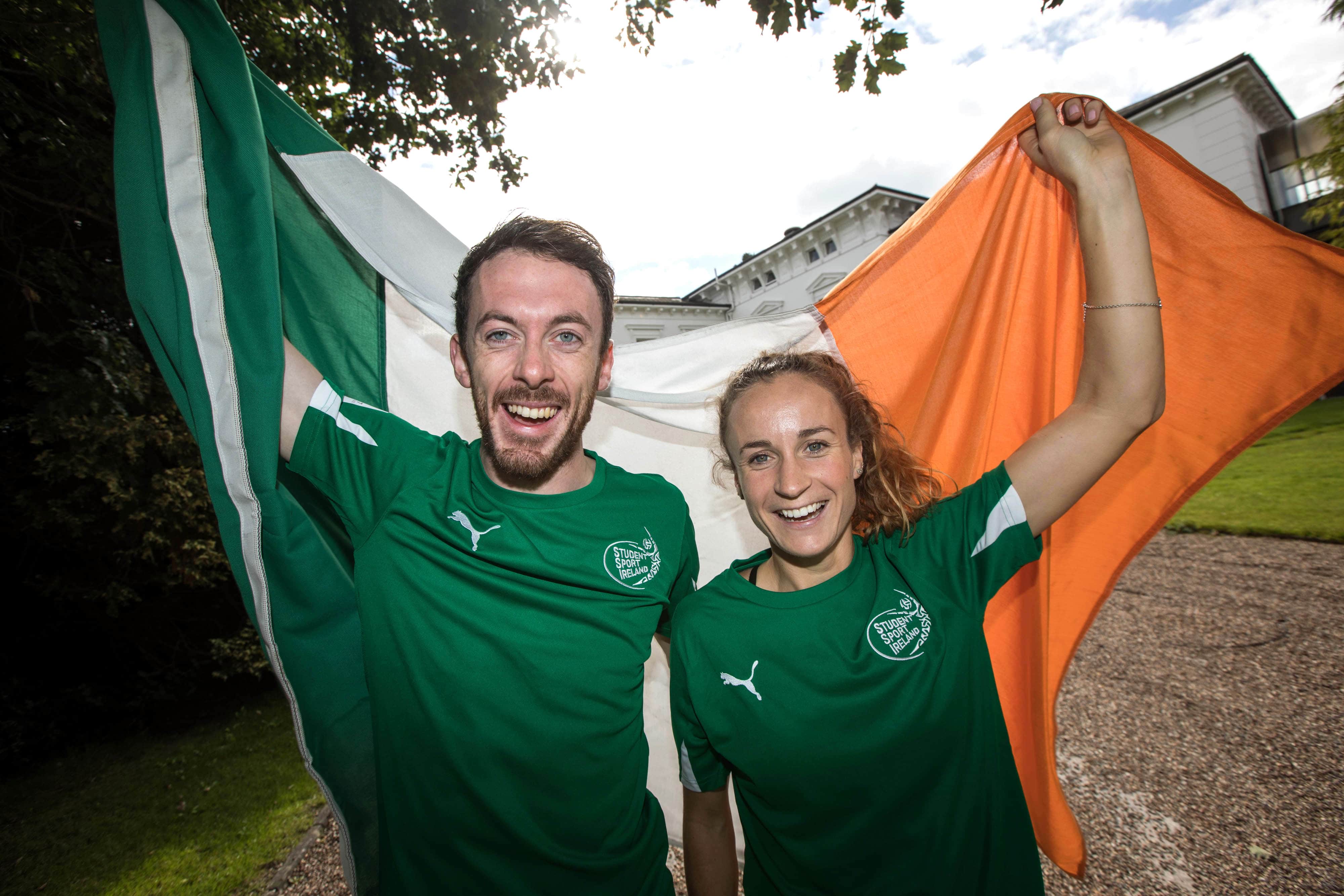 The 2017 World University Games are set to kick off on August 19 with sixty-four Irish athletes competing across a multitude of sports.

Over 10,000 athletes will come together in Taipei, Taiwan to compete in some 300 medal events, across 21 sports at the 2017 World University Games.

One of the more notable local names on the list of athletes is Irish 100m hurdle champion Sarah Lavin, who will travel with her coach Noelle Morrissey. The Nenagh native is the athletics coach to the squad, who would be expected to medal at the games.

Pictured is UL President Dr Des Fitzgerald with UL students and track and field athletes Paul Byrne and Michelle Finn ahead of their trip to the 2017 World University Games in Taipei, Taiwan.

UL are represented on the track by Michelle Finn (3,000m) Niamh Whelan (100m) and Paul Byrne (400m hurdles). In the pool, Rory McEvoy from UL will be in action in the 50m backstroke.

The in-form University of Limerick and Limerick FC striker Garbhan Coughlan has been selected in the 20-strong Ireland men’s squad which will compete at the 2017 World University Games.

Coughlan has been in terrific form for Limerick FC in the SSE Airtricity League Premier Division scoring two goals in two appearances and he will be hoping that a strong showing at the 2017 World University Games will impress Neil McDonald.

Meanwhile, Newcastle West’s Claire O’Riordan, a student at Carlow IT, who plays with Wexford Youths WFC has been selected in the Ireland Women’s Soccer Squad for the Games.

Kathryn Fahy from UL will travel as lead physio, while the Limerick contingent is completed by LIT’s David Rooney, who will travel to the games as the Women’s Football Goalkeeping coach.

The Universiade or as they are more commonly known The World University Games are held biannually and are second only to the Olympic Games in terms of global multi-sports events.