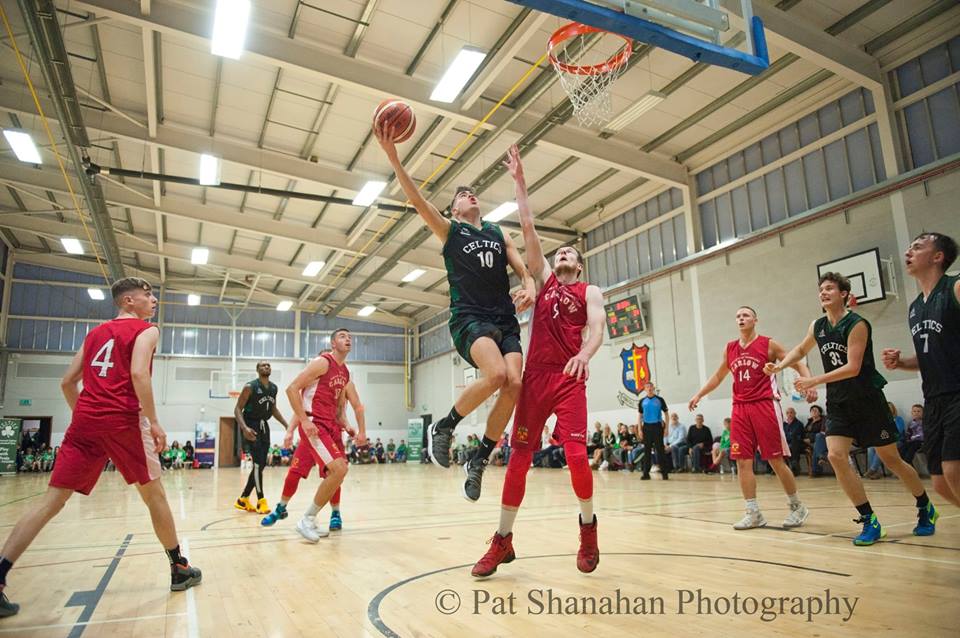 Limerick Celtics win – Limerick Celtics had another incredible victory on Saturday night when they defeated Carlow IT. The final score in the match 78-72. Picture: Pat Shanahan.

Limerick Celtics had another incredible victory on Saturday night when they defeated Carlow IT. The final score in the match 78-72. Picture Pat Shanahan.

Limerick Celtics continued where they left off last week in Waterford with another great win at home to Carlow IT in St. Munchin’s on Saturday night.  Carlow started the game strongly and led 10 -1 early in the first quarter. Fabio Hernandez, Jordan Hehir and Shane O’Connell then got the Limerick side going and with 8 unanswered points suddenly the momentum had shifted right back to the Celtics side. The new USA signing Turrell Morris then started to up his game and despite some good runs from the experienced Carlow side, the local Celtics side entered the halftime break with a 37 to 32 lead. Carlow once again started the third quarter with high intensity but some great scores from Tommy Walsh, Cian O’Reilly, Fabio Hernandez and Jordan Hehir kept the Limerick’s side’s lead intact.

Celtics continued to dominate and despite a late run from Carlow. Celtics finished the game with a win on a 78 – 72  scoreline. Emmet Browne, Dylan O’Dwyer, Alvaro Martinez and Cathal Moane finished the game with some excellent defence and fast flowing offence to close out a great opening game win for the young Limerick side.

The Limerick Celtics basketball club was founded in 2007 in LIT and has since grown into an incredible sporting club winning many victories across the country.

Next home game is on next Sunday at 3 pm in St Munchins v Fr Mathews while Limerick Celtics will also play on Saturday night at 7 pm v UL Eagles in UL Arena.