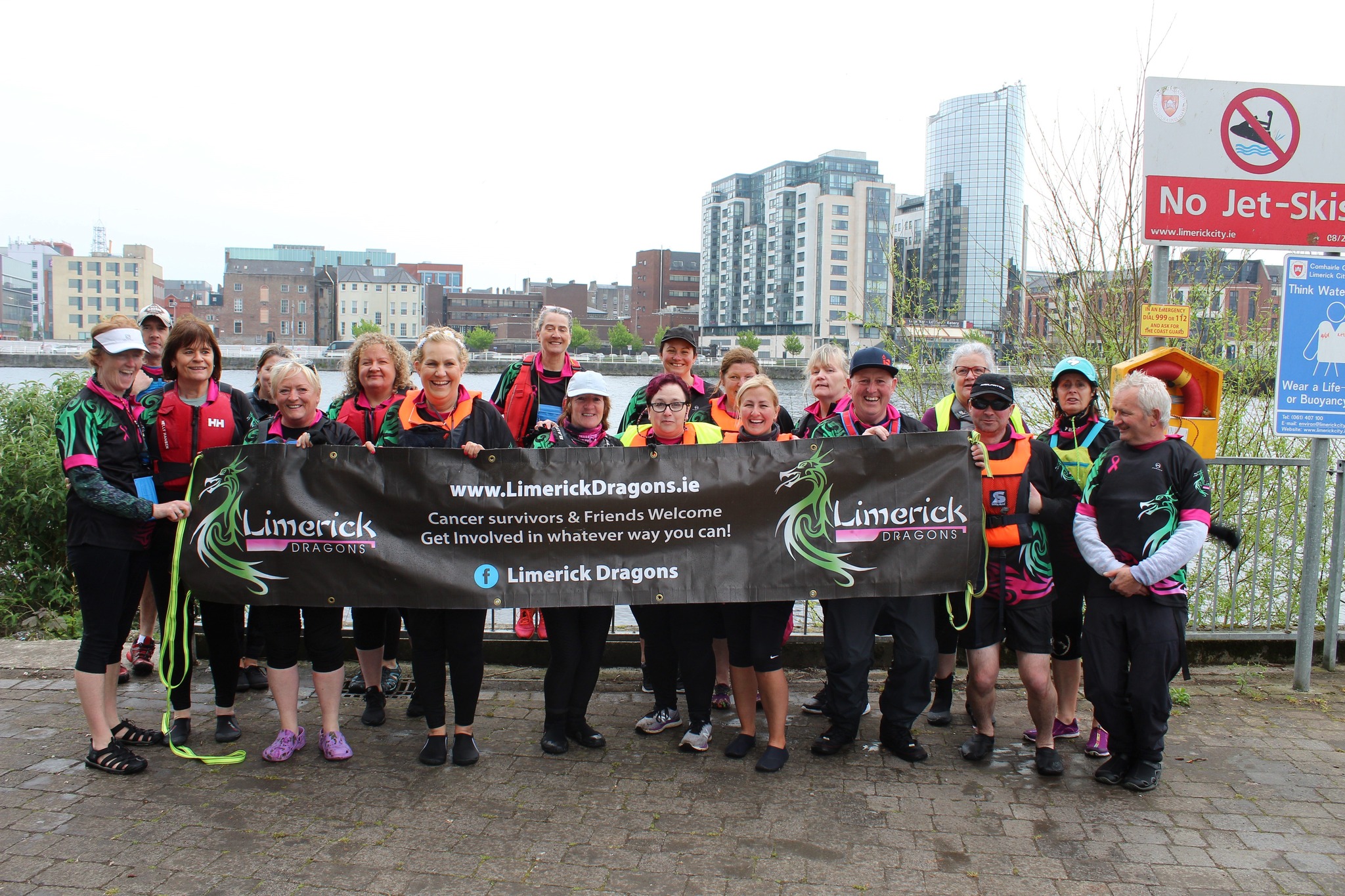 The Limerick Dragons formed in 2016 and have fundraised extensively to be able to buy their first dragon boat, which was purchased in 2017. The boat now stays in the group’s base at Cleeves Carpark awaiting its next voyage.

The idea for the group came from the fact that the motion of rowing and paddling is helpful to those recovering from breast cancer surgery. Since their formation, Limerick Dragons has become a strong network for breast cancer survivors but also encourages adults of all genders to get involved – particularly men who have been affected by breast cancer and their families.

The group is a safe place for people to come and exercise and improve their lives after cancer within a network of people who have had similar experiences in their lives, so that survivors know they are not alone.

The Limerick Dragons Charity Paddle will depart from the public slipway by St Michael’s Rowing Club at 12 pm approximately, from there they will paddle to Corbally (to the end of the Mill Road) and lead Limerick Kayaking Academy’s Annual Charity Paddle participants to the public slipway on O’Callaghan’s Strand at approximately 2:30 pm. The procession of kayaks will be led by the iconic 40-foot Dragon Boat, with a drummer on board accompanied by lots of sing-songs by the kayakers. To see the event arrive in the city centre is bound to be a dramatic sight!