By Richard Lynch on November 23, 2016@richanthon 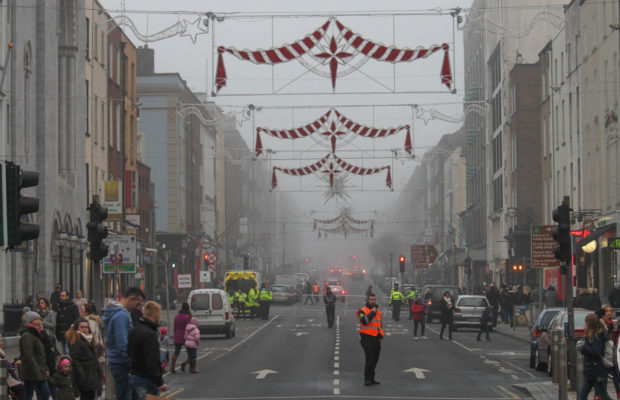 Christmas shoppers will have an added incentive to start their gift shopping early in Limerick following the announcement today by Limerick City and County Council that it is to suspend on-street parking charges in the city every morning until 11:30am from Monday, December 5.

The Limerick free parking mornings daily promotion, which will run up to December 24 inclusive, is one of a number of incentives to promote the local authority’s ‘Christmas in Limerick’ campaign, which is also being backed by Limerick Chamber, to encourage people into the city to shop this festive season.

Mayor of City and County of Limerick Cllr Kieran O’Hanlon said:  “All the indications are that we are going to have one of the biggest Christmas shopping seasons ever in Limerick this year and we are doing all we can as a local authority to lay a big festive welcome on the mat for everyone coming into shop in the city and county.  This is something that will be welcomed by both retailers and shoppers alike and I would like to encourage everyone to shop local this Christmas and support your local businesses.”

The move has been welcomed by business in the city, with Limerick Chamber President Dr. James Ring also predicting a bumper Christmas shopping period. “Traders are really putting their best foot forward, the local authority is really putting its best foot forward and sentiment is really strong at the moment in and around Limerick so we are expecting a really busy few weeks ahead.  The car parking initiative is a real boost. It sends out a strong welcoming signal to shoppers and one we expect them to avail of,” he said.

Head of Communications/ Marketing at Limerick City and County Council Laura Ryan said that ‘the collective effort being made by all involved in promoting the city as a shopping destination is going to reap major dividends’.

“The city has its biggest ever Christmas lights display and our ‘Christmas in Limerick programme includes a wide range of initiatives, from carol singers to Christmas craft fairs and, of course, Santa attractions for the younger members of the family. It really is a packed calendar, all elements aimed at individually adding to the strongest festive spirit we’ve ever had in the city.  The free car parking in the early hours of the day is just our way of welcoming people in,” she said.

“We are also encouraging people to sample the unique Christmas atmosphere in our county towns.  The ‘free parking’ promotion will hopefully encourage more people to pop down to the shops and by supporting local businesses you are helping to sustain employment locally,” she added.

Find out more about Limerick City and County Council here.