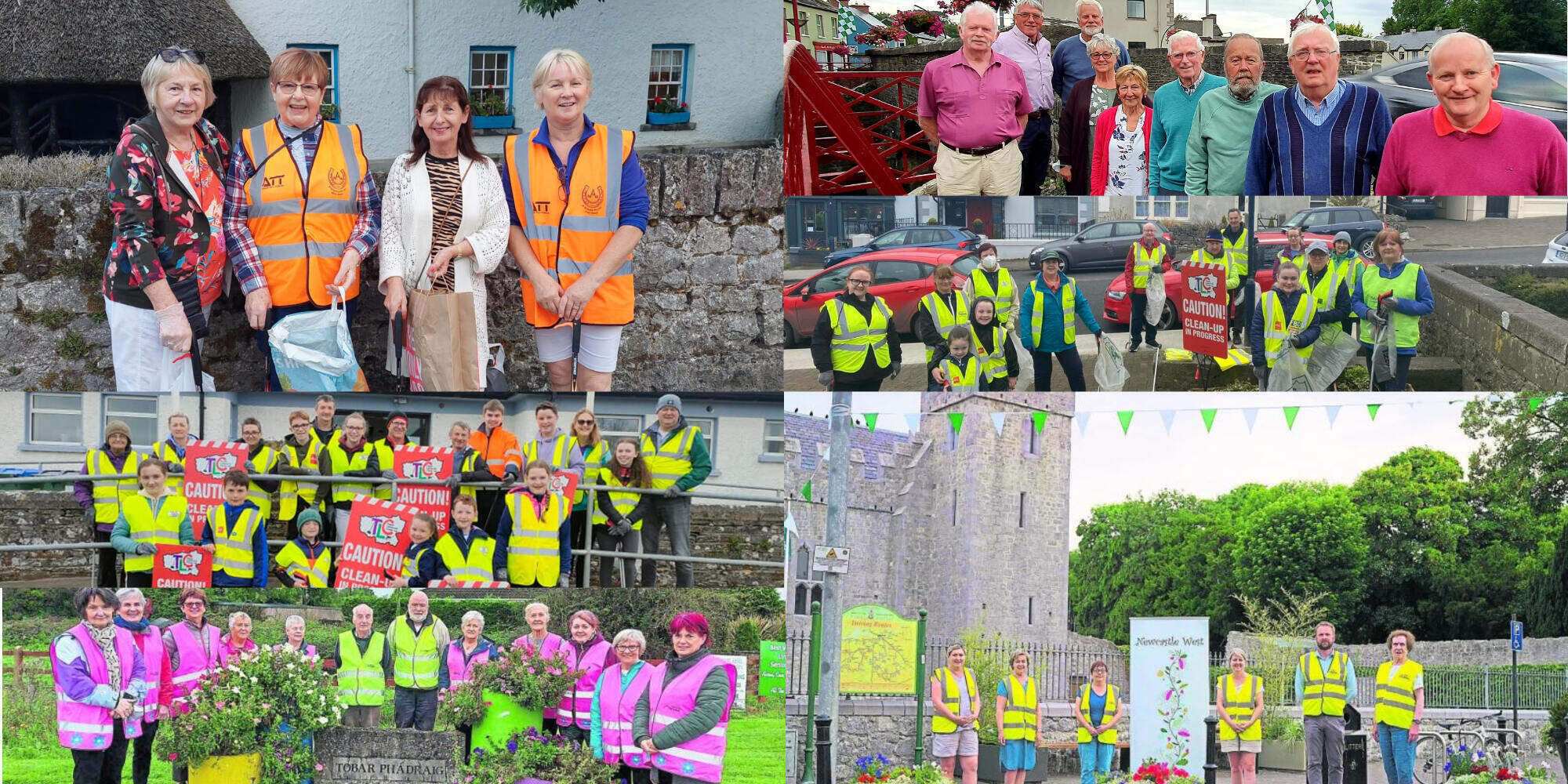 Overall eleven towns will compete for a top prize of €10,000

Limerick Going for Gold is a grant scheme which began in 2012. Limerick Going for Gold aims to make Limerick a cleaner, brighter place to work, live and visit and has captured the imagination of Tidy Towns groups, residents’ associations, smaller groups and individuals right across Limerick city and county. The competition is back after a two year break due to Covid-19.

They will compete with the groups selected by Public Vote on Live 95’s Limerick Today programme which are, Askeaton, Castleconnell, Kilmeedy, Newcastle and Patrickswell to win a top prize of €10,000.

Whittling the Limerick Going for Gold Finalists down to six was an incredibly difficult job for Judges Richard Barry, from Louth and Michael Griffin from Limerick.

Judges had to examine litter control, tidiness, and sustainable planting when reaching a decision on the six finalists.

Adare Tidy Towns commented on Twitter, “Thrilled with our Wild Card selection in the Going for Gold 2022 Competition. Thank you for all the volunteers who made this possible.”

This year the competition has had a mini overhaul following consultation with groups over the winter period.

Over €60,000 will be distributed over six categories in this year’s competition:

2.    Limerick Bee Friendly in Bloom open to all Tidy Towns groups who have not won a prize in Tidy Towns category plus groups who did not enter Tidy Towns 2022 or do not have a group.

4.    Endeavour Award – Group that has come to the Judges’ attention and deemed worthy of an endeavour award

5.     Reuse Award – Limerick City and County Council sponsor this prize. It will be awarded to a group or organisation involved in Reuse

Grants range from €200 – €3,500 and assist groups with their environmental work and help with the overall aim of the competition.

For more information on the Limerick Going for Gold Competition, go HERE

For more I Love Limerick stories on Limerick Going for Gold, go HERE