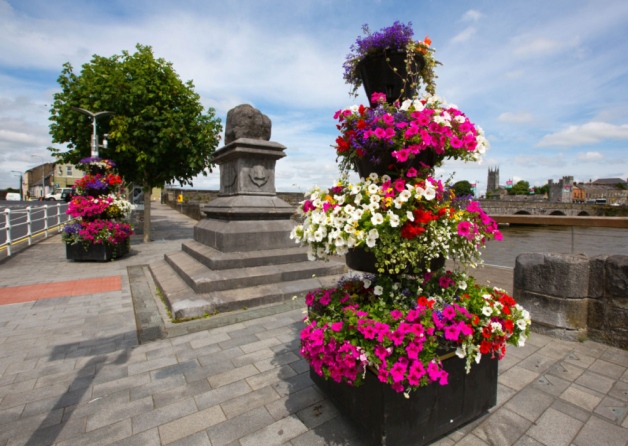 46 communities from across County Limerick are busily preparing for the judging stages of the 7th annual Limerick in Bloom competition which takes place later this week and during next week.

Limerick City & County Council, in conjunction with the JP McManus Charitable Foundation, host the competition as a motivational mechanism for the many small local based groups throughout Limerick to enhance the visual impact of their settlements by means of flower, tree and shrub planting.

According to Mr. Kieran Lehane, Director of Services, Environment: “Despite a stormy start to 2014, the largely fine weather during the summer has assisted Limerick’s communities prepare for this year’s competition and it has also helped to further enhance the physical appearance of many of the county’s towns and villages. The Council, with the support of the JP McManus Charitable Foundation, is delighted to have played its part in this process,”

Mr Lehane added: “This annual awards scheme is a celebration of all that is good about community spirit in Limerick. I want to acknowledge the work being carried out by community groups and residents associations and thank them for their valuable contribution to their respective housing estates, villages, and towns.”
Competition categories are based on population size with a first, second and third prize in each category. Category 1 features villages with a population less than 300, Category 2 is for population centres of between 300 and 700 people, Category 3 caters for towns and villages with a population in excess of 700, and Category 4 includes Housing Estates and Community Areas.

The participants in Limerick in Bloom 2014 are:

Further information relating to ‘Limerick in Bloom’ is available from the Environment section of Limerick County Council on 061-496214.