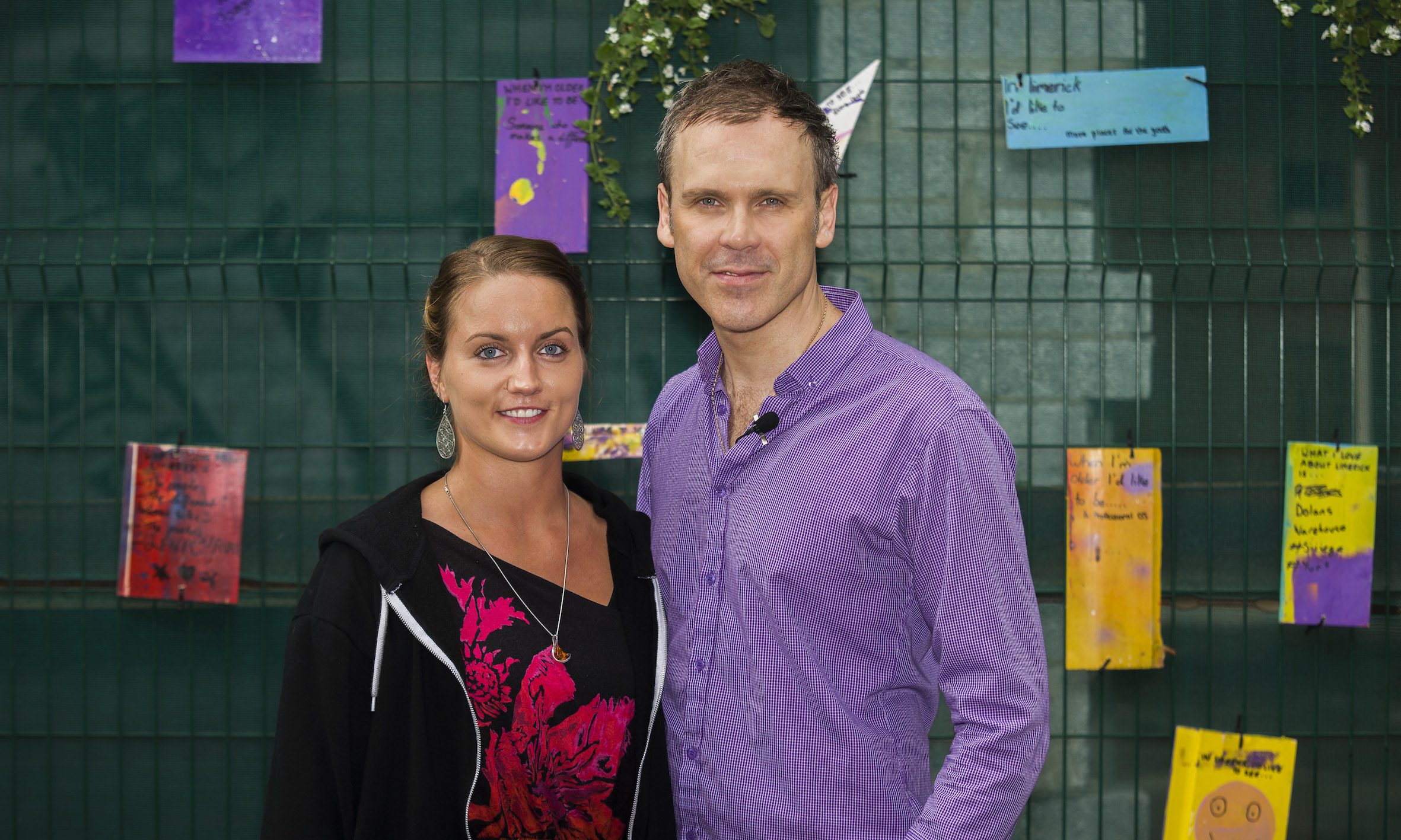 Two of Limerick’s famous lanes have undergone a renaissance and been turned into a contemporary urban garden thanks to a street art project by young people from Limerick Youth Service.

Post Office and Theatre Lanes are now awash with hanging baskets and spectacular street art thanks to an intrepid group of young people who wanted to showcase the best of Limerick’s youth culture. 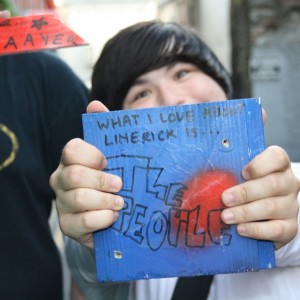 Explaining the inspiration behind the urban garden, Limerick Youth Service’s John Real said ‘sadly the lanes had become dilapidated and some young people expressed an interest in brightening them up as part of a youth cultural project that would include entry into the Going for Gold Initiative.’

The young people, who hail from across Limerick, painted the side wall of Limerick Youth Service (Post Office Lane) and added a Parisian feel to it with some hanging floral baskets-made from empty plastic bottles!

The young people also wrote messages of what they like about Limerick, what they would like to see in the city and what they wanted to be when they grow old with one young person writing ‘respected.’

Across Lwr Glentworth St the entrance to Theatre Lane is now home to an amazing piece of street art while the back of the building formerly known as Smyths, has a distinctly Limerick take of ‘hands across the world.’ 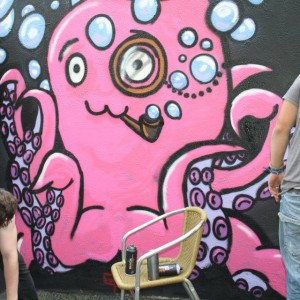 Ms. Cremin thanked the volunteers from Abundant Life for their support and praised the talent of the young people.

The youth group behind the Street Art /Urban Garden Project is Limerick Youth Service’s Samhains Like Us (pounced sounds) group.

‘The group was formed earlier this year as several young people wanted to be creators of culture and not participants,’ explained Mr. Real, Youth Worker, Lava Javas Youth Café.

Samhains Like Us set themselves a goal-to run five events that would celebrate the diversity of youth culture in Limerick.

‘The street art/urban garden project is a great example of just how talented our young people are,’ said Mr. Real who encouraged Limerick people to stop by the laneways to see the artwork.

Looking to the future September will see Samhains Like Us run a ‘Band on the Run’ gig’ and a YouthFest in partnership with Music Generation and Limerick Comhairle na nÓg respectively.

‘We are looking forward to reflecting on the process with our Italian colleagues,’ Mr. Real said explaining that it was from the conference that the group got its name.

‘Italians are intrigued with Halloween and the Samhain festivities and, as we are having the conference in October/November we decided to use the Irish word for November-Samhain!’ smiled Mr. Real. 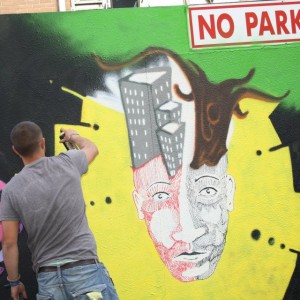 As a result of this bilingual effort, Samhains Like Us was born with the name a play on ‘Sounds Like Us!’  Beckett, Shaw and Co would be proud of such wordplay!

Limerick Youth Service wishes to congratulate the young people on their street art project and look forward to this year’s Band on the Run and YouthFest celebrations.

Samhains Like Us is funded by the European Union’s Youth In Action Programme.