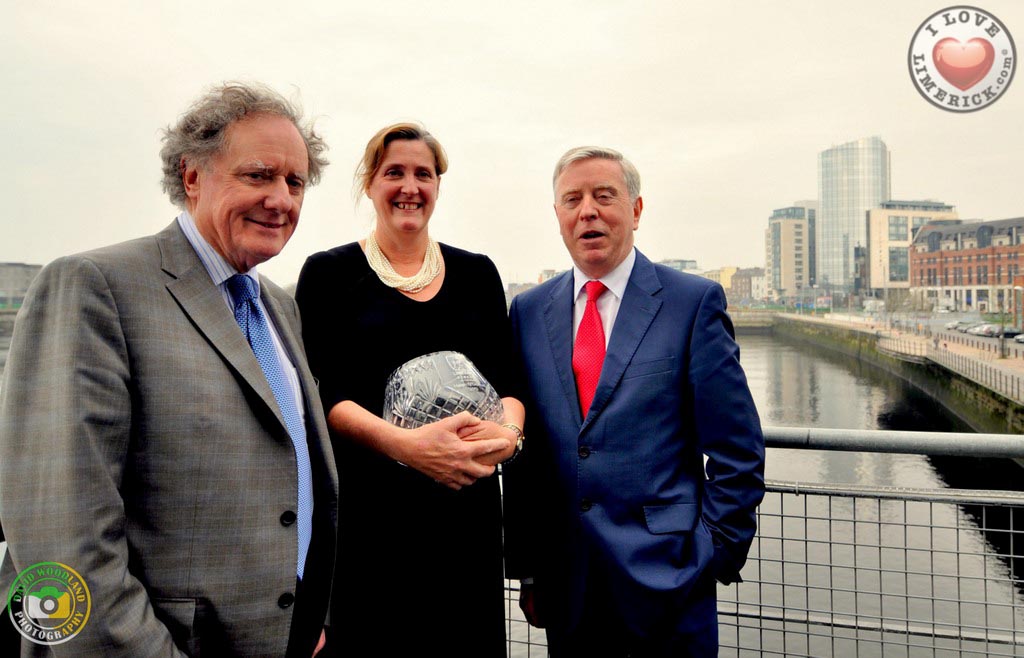 Limerick Person of the Year VIDEO

The woman who spearheaded a major drive to enhance and revitalise Limerick City Centre has been named Limerick Person of the Year 2012, with journalist and broadcaster Vincent Browne receiving a lifetime achievement award from his home city. Helen O’Donnell, the chairperson of Limerick Tidy Towns, was announced as the 2012 winner at a gala awards lunch in the Clarion Hotel last week. Mrs O’Donnell was nominated along with eleven other outstanding Limerick people including internationally acclaimed author Kevin Barry; retired Garda Inspector John O’Reilly; Novas Initiatives Street Outreach volunteers; Limerick FC chairman Pat O’Sullivan; local photographer Gerry Andrews and the lead scientist on a project to develop the early detection of Alzheimer’s, Dr Syed Tofail. Helen O’Donnell, the wife of former TD and MEP Tom O’Donnell, introduced the concept of entering Limerick as a city into the Tidy Towns competition and is leading the way on improving the look of the urban landscape. Since the close of 2011, a group of 100 volunteers including business people, retailers and members of the public have been working diligently in a bid to enhance the overall appearance of the city centre. Accepting the award and speaking in front of an invited audience which included guest of honour, former winner and president of the European Parliament and current chairman of Limerick City of Culture 2014, Pat Cox, Mrs O’Donnell said she was shocked to be announced 2012 Limerick Person of the Year. Journalist and broadcaster, Vincent Browne, a native of Broadford, County Limerick paid tribute to the people of Limerick when accepting his lifetime achievement award.