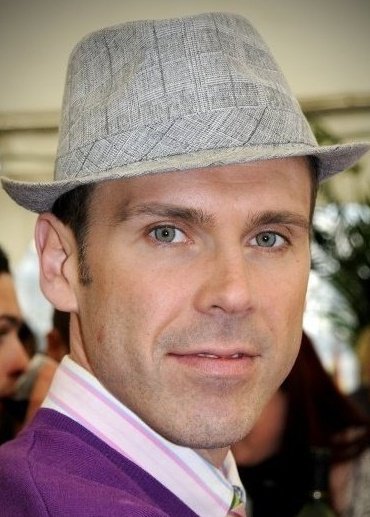 First off I want to say Happy Pride! I am honoured as Limerick Person of the Year to be the Grand Marshall of Limerick Pride. This honour has made me ask myself what it means to be gay. As Limerick LGBTQ people I feel we are accepted by the majority of Limerick to be who we want to be without judgement, so we are all really lucky. Other people throughout the world are not so lucky. 93 nations in the world still legally punish homosexuality. In 7 of these – Iran, Saudi Arabia, Yemen, United Arab Emirates, Sudan, Nigeria, Mauritania – gays and lesbians are punished with the death penalty. I am able to be myself every day thanks to my family and friends in Limerick. My parents and family accepted me from the moment I told them that I was gay. As a gay teenager I had so much shame about being gay and it was a really scary experience to come out. Now I know it’s okay to be gay. It’s okay to be who you are and be proud of it.

Other people are not so lucky and can’t come out for one reason or another and this is such a lonely place to be. That’s why we can’t take being gay for granted. Pride is about loving one another and that’s why millions celebrate Pride all over the world as an expression of that love and diversity. Pride is not just a party but a moment to reflect on who we are as a community of LGBTQ people. We have many obstacles in our way such as HIV/AIDS, depression, suicide, bullying and addiction and we have to ask ourselves what part we want to play in our own destiny as a community in a hands-on way.

The Pride Parade is not just for the LGBTQ community, but rather for everyone that supports us; and diversity in general. We are not alone, we are in every corner of the world, we have always been here and imagine what the world would be missing if there were no gay people? We would have no Sistine chapel without Michelangelo, no ‘Nutcracker Suite’ without Tchaikovsky, no ‘Dorian Gray’ without Oscar Wilde? The LGBTQ community contributes so much to society and makes the world a more beautiful place to live in. This is not just a celebration of sexuality but of Pride in our city and how we are all part of it.

Beginning in 2001, Pride began humbly when community stalwarts Paddy Doyle and Nicole Dunphy organised the first festival of celebration with their events in both Cosmo and Yum Yum Niteclub. Every year since, the festival has grown into what we have come to enjoy today.

Rainbow Support Services became involved in the organisation in 2002. This culminated in our community participating in the 2003 St. Patrick’s Day Parade. By 2004, the festival continued upwards, closing off Cecil Street and hosting the first Pride street-party and an impromptu Pride march up O’Connell Street with six individuals and a pride flag.

In 2005, Pride continued on its journey of recognition and celebration organising alternative events from film nights to party nights. All of these led up to the establishment of the first women’s only night in 2006, something which the festival is very proud of and a tradition which the organising committee continues to keep within the calendar of events.

2007 saw the first ever and now-annual Pride Parade, attracting crowds of several hundred people as we marched down O’Connell Street. This was the first year that Out in UL, the University of Limerick’s LGBT society took part who put together the first float of the festival. The parade also recognised the International Day Against Homophobia as an important date in its off-season calendar.

We continued to expand in 2008 and took it mainstream when I produced Pride and made it a weeklong festival. We had our first Mardi Gras night at Dolans when Limericks own Leanne Moore performed to a packed crowd; our first Variety show; and our first winner of the Alternative Miss Ireland competition in a number of years, Ms. Sheila Fitspatrick. Shelia along with her consort Madonna Lucia led us down O’Connell Street and back to Leamy House where we tea-danced with Myles Breen. The parade also included delegations from the leading trade unions and LGBT campaign – Marriage Equality. This was also the first year that the national 300ft Pride Flag was unfurled down O’Connell Street and carried by those who marched.

2009 was another special landmark year in the ten years of the festival. In conjunction with Limerick City Council and the Limerick Communication Office, the bridges on the approach to the city raised the pride flag over the river Shannon. Our partnership with the City Council continued in 2009, when we moved the festival parade to begin at City Hall which continued to draw the crowds into the city. Our series of firsts continued, with the first official peaceful protests being recorded at the 2009 pride parade. On a more solemn note, the first remembrance service took place recognising those who have gone before and their contributions to the lives we now live.

In 2010 the festival now in its’ ninth year, continued its’ firsts receiving letters of support from Her Excellency President Mary McAleesse. Eurovision starlet Niamh Kavanagh took to the stage and entertained the crowds with a fantastic show. In 2011 we celebrated a Decade of Pride in Limerick which was a huge milestone for our community.

In 2012, the Limerick Pride Festival will mark its eleventh year of recognising and celebrating Lesbian, Gay, Bisexual, Trans-gendered and Queer identity in Limerick City. As the festival has grown, so too has the support from the civic authorities, the public and our regional LGBTQ community. Our community is deeply grateful for this support from everybody locally, nationally and internationally.

Limerick Pride 2012 will be running from Saturday September 1-9 and the festival has become an annual highlight on the Limerick & Mid-West Festival calendars with a mix of celebration, entertainment, education and awareness and the calendar of events certainly reflects this.

“The Beginning of My Girl Life” is an art exhibition with a difference. It is a collection of 18 photographs documenting the life of the artist in the early 90s in New York. All photographs will be presented in black and white and the work will be available to buy and limited prints can be obtainable. The subjects are of past LGBT friends and lovers of the photographer. This exhibition will launch on Saturday September 1 at 7pm in the Red Ribbon Project, Cecil Street.

The Pride Launch Party will take place afterwards as Cirque hosts an exclusive party at The Bailey, Patrick Street. The show kicks off from 8.30pm with entertainment from the lovely Chrisie Edkins, a transgendered talented popular music artist and model from the South of the United Kingdom. She will be followed by the fabulous Audio Angels with DJ Elle Michelle and Lady Sax supplying the sexiest tunes to the back drop of the hottest fire breathers to set foot in Limerick! The Bailey Bar will be flying the flag for Cirque, which will be an open FREE admission event to all communities. Bring your PRIDE and enjoy complimentary Limerick Cupcakes and Absolut vodka madness!

Monday September 3 sees Political Pride as the highlight of the day. This will be an open forum on Marriage Equality in Ireland and this will take place at the Absolute Hotel at 8pm.

Out in UL will be hosting a Secrets Party on Tuesday Sept 4 at 8pm at Home @ Baker Place. You can send in your secrets on postcards. They can be anything you want, whether it’s that you wet the bed, or that you’re afraid of the dark. You can design the postcards yourself, or you can get one at the shop. You can leave the secrets in an envelope into the Local Heroes Hub in Arthurs Quay. On the night, all the secrets we collect over the next few weeks will be displayed on the walls of Baker Place. You can come, have a drink, read other people’s secrets, and put your own secrets on display. All secrets will be anonymous – It doesn’t matter who you are, what you do, or who you love. We are all connected by our secrets.

One of the highlights of the entire festival is Mr & Ms Gay Limerick which will take place on Thursday Sept 6 in Bentleys Bar and will be hosted by Paul Ryder. This is the first year both competitions have been combined to form a double competition where the winners will go forward to represent Limerick at their respective National Finals later in the year. Email [email protected] for an application form if you want to enter.

The annual Pride Women’s Night takes place on Friday September 7 at Bentleys at 8.30pm and will be a night full of music, laughter and entertainment. This will be followed by the Naughty 90’s where the music will be cheesy 90’s pop and cabaret provided by some amazing Drag Queens – a night not to be missed.

The Pride piece de resistance will be the annual Pride Parade which will depart City Hall from 1.30 on Saturday September 8. The Parade has grown in numbers and this year it will be the best parade Limerick Pride has ever put on. Come along and join in the festival fun and show your support for this fun filled event. Following the parade everyone is invited to come along to the Pop Up Playhouse in the grounds of the Hunt Museum for the Pride Block Party hosted by the flawless and divine Celine, with some amazing talented performers entertaining the crowds. The fun and music doesn’t stop there as there will be live music in the Locke Bar and this will definitely get everyone in the party spirit for the Pride Climax Party in Dolan’s Warehouse that evening. The event will be hosted by Sheila Fits-Patrick & Madonna Lucia will be headlined by X Factor Star Johnny Robinson who impressed The X Factor judges right from the start, with his chirpy personality and his great vocals he became what was described by Gary Barlow as “One of the nicest people in the competition”.

The third Annual Recovery Day run by Red Ribbon Project will kick off our final day on Sunday September 9 inviting you to come for free complementary therapies with full and half Reiki sessions available, couples head massage, laughter yoga, angel readings, angel card readings and meditation. Closing the celebrations will be the Pride Ceili – an event which celebrates traditional arts in all its glory. From Irish music to dance and story telling the event will close the festival in true local style.

Speaking about the festival, Chairperson Billie said “Each year it feels as though we have ages to get the festival together and each year it comes around before we feel ready! This year we have been working tirelessly since October 2011 to write grants and raise funds to put this festival on. Pride remains a controversial issue, and with the debate around Marriage Equality getting louder, Pride becomes more remarkable and even more important for our community.”

Love and thanks
Richard Lynch

For more information about this year’s Limerick Pride visit www.limerickpride.ie