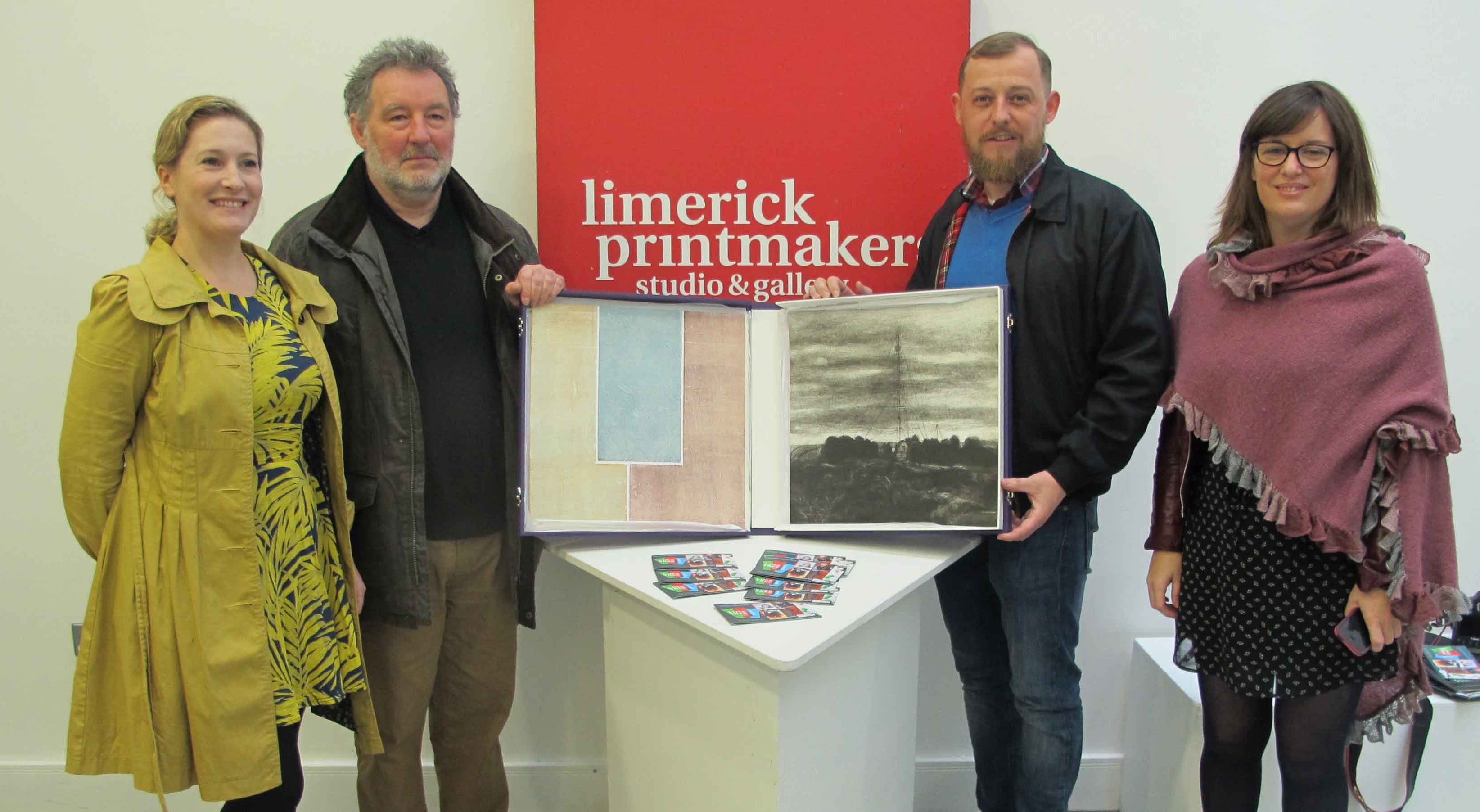 Limerick Printmakers announces curation of 69 O Connell St, which has commenced this October 2015 and run until the end of March 2016.

This collaboration with the Lime Tree Theatre team, based at Mary Immaculate College (MIC), will allow Limerick Printmakers to deliver a varied selection of exhibitions in a dynamic space located in the heart of Limerick city centre.

The location at 69 O’ Connell street (formerly the Belltable Arts Centre) has long been a part of the cultural fabric of the city and Limerick Printmakers are proud to play a part in its legacy during this period.

Limerick Printmakers looks forward to showcasing a selection of artists working within the fields of contemporary printmaking and across other disciplines such as photography, painting and multimedia.

The programme of events will include an exhibition by Martina Gleeson, winner of the Tom Fox Painting Award 2014/2015; an accolade given to an outstanding final year painting student from Limerick School of Art and Design (LSAD) each year by the Fox family and Limerick Printmakers.

This award commemorates the life and work of Tom Fox, a talented artist and former student of LSAD who passed away in 2010.

Martina’s interests lie in observing the mannerisms of human beings. She enjoys producing images of her observations in a humorous and exaggerated manner and aims to highlight overlooked scenarios within a satirical narrative.

Martina Gleeson’s exhibition will open on Thursday October 15th at 6pm and will run until Monday 2nd November.

Other scheduled exhibitions include the popular Open Submission; a group show selected from an open application process and one that consistently showcases the breath of techniques and talents employed by artist and printmakers working locally, nationally and internationally.

The Limerick Printmakers Open Submission exhibition will run from November 12 to 30, inclusive.

Dawn West will exhibit a collection of her latest work from Wednesday 9 December at 6pm; which will run until on Monday 21 December. Dawn West is a 2014 graduate of LSAD and the recipient of the Limerick Printmakers Printmaking Bursary for her Honours degree exhibition.

Work made for this exhibition will centre on explorations of some of the main writings in the Upanishads – ancient Sanskrit texts which explore truth, reality, and the nature of ourselves and the Universe – expressed via printmaking, photography, video and 3D works.

Limerick Printmakers exhibition programme for 69 O’ Connell street for the period of January to the end of March 2016 will feature two vibrant group exhibitions and a collection of new work from emerging local artist Eoin Barry.

Limerick Printmakers welcomes this unique and hugely positive opportunity to bring both its own studio members work and the work of other artists to the attention of the people of Limerick from such a suitable, lively exhibition space.