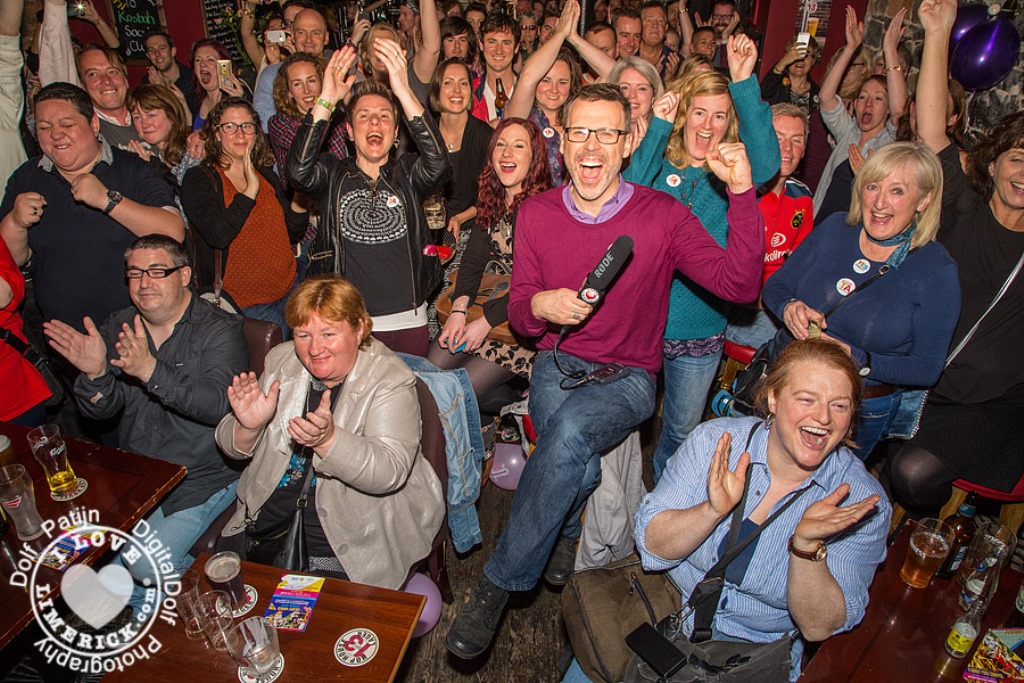 Last Saturday, The Yes Equality campaign team was out in force at the count in the UL Arena, conducting tallies as boxes were opened and votes were counted. I spent the day with my crew filming and photographing a very emotional day that will be remembered forever in Irish history as Irish voters decisively voted in favour of marriage equality, making Ireland the first country to do so through the ballot box.

The people of Ireland backed same-sex marriage by a landslide in a referendum that marked a dramatic social shift in a traditionally Catholic country that only decriminalized homosexuality two decades ago. After one of the largest turnouts in a referendum there, 62 percent of voters said ‘Yes’, making Ireland the first country to adopt same-sex marriage via a popular vote. It is a social revolution and it’s very clear that this referendum is an affirmation of the views of young people.

One member of the Yes Equality team, who goes by the name of Billie, got down on one knee to propose to her long-term girlfriend Kate Stoica after the result became clear. “Kate we make a great team. I love you inside and out, head to toe, I don’t want to waste another minute of my life without you as my wife,” said Billie. “I’m very overwhelmed right now,” said Katie, who was surrounded by friends and well-wishers including her mum Jacinta.

Afterwards, we all went to the Kasbah Club at Dolans for the announcement of the National vote. It was like New Years Eve in 1999 as people cried, laughed and held each other. I was in shock. I couldn’t believe it was happening and I burst into tears at the final announcement. I am so incredibly proud of Limerick, of Ireland and of all the people involved in the campaign. What is more important is the key message of equality and inclusion for the LGBT section of our community in Limerick and Ireland, who have gained equality, inclusion and respect. In that regard we all have won as it has brought us forward on a global platform in the fight for equal human rights for all. This campaign energised and brought a whole new generation of our young people onto the electoral register and into politics and voting for the first time. It’s proof that we can change things. Here is to a brighter future and a new vision of love. One huge step for Ireland, another small step for the world.

A Whole New World with the ICO ‘Sing Out With Strings’