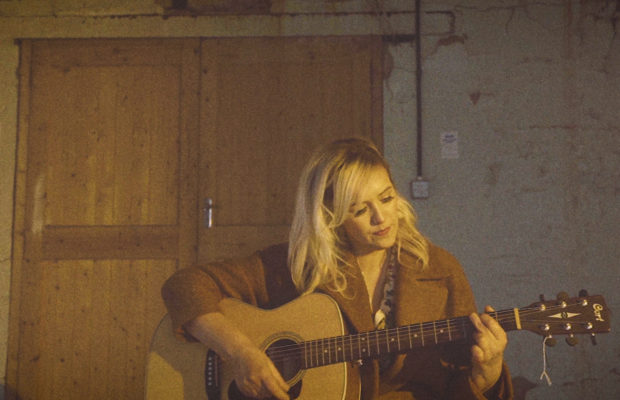 Limerick singer songwriter Jenni has released her debut single ‘Roses’ and will perform at Dolan’s on May 24, with the band DeLorean Suite.

Limerick singer-songwriter Jenni, who is also known as Jenny McMahon and is a member of the electronica outfit DeLorean Suite, has released her debut single ‘Roses’. Jenní has attracted critical acclaim for her authentic, unadulterated and soulful voice. Jenní is set to play Dolans Warehouse Upstairs, on Friday, May 24, with a full band.

The song has a rich, warm and mesmerising tone and is dedicated to reconnecting with lost friendships. She makes a return to her folk roots with a distinctly pared back sound.

The single was recorded in one day at Open Door Studios, Limerick with well-known drummer Tony Roche (DeLorean Suite), guitarist Kealan Kenny (Toucan) and bass player Brian O’ Grady (Kilfenora Céilí Band). The song has a rich, warm and mesmerising tone and the accompanying video was shot in the iconic Cleeves factory by Shane Serrano, and the team at Crude Media, and is visually stunning.

Having launched the ‘Roses’ at a sold-out gig in the legendary Maries Cheese Shop, Jenní is excited to play the single and a host of original material written over the last year with her live band which also includes guitarist/pianist Mark O’ Connor (Tooth) and Shane Storan (Randolph and the Crokers).

Jenní said, “Roses marks a turning point for me musically. I wanted to write songs from a very authentic place that would connect with people on a visceral level. I spent time reflecting and really drilling down into events, people and places from throughout my life. As a result, I’ve written songs that expose a very different side to me that people won’t have seen before.”

Tickets for her event at Dolans on May 24, can be bought here.

Listen to more of her music on Soundcloud, here.