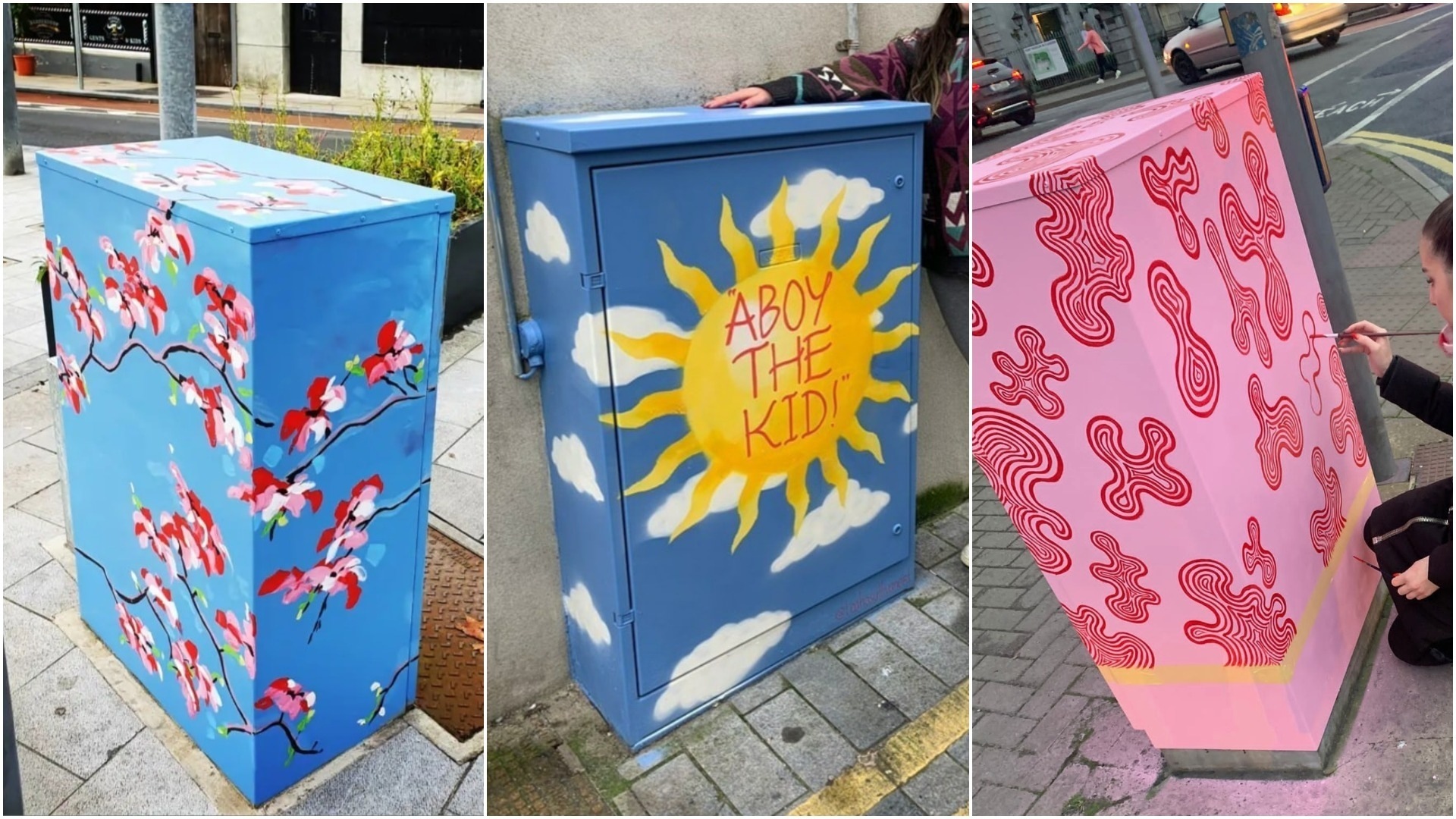 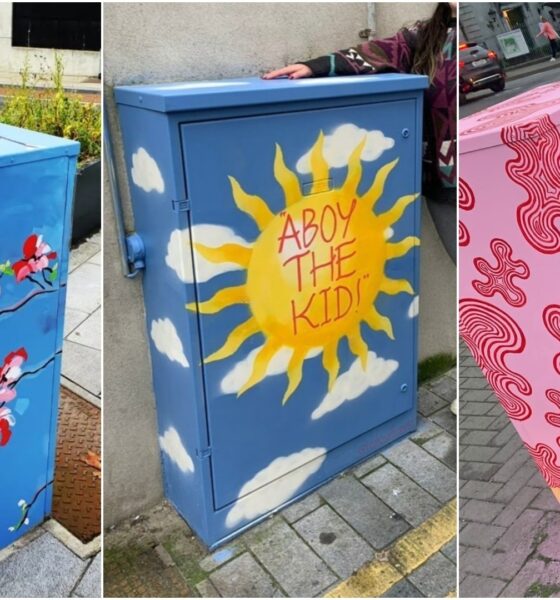 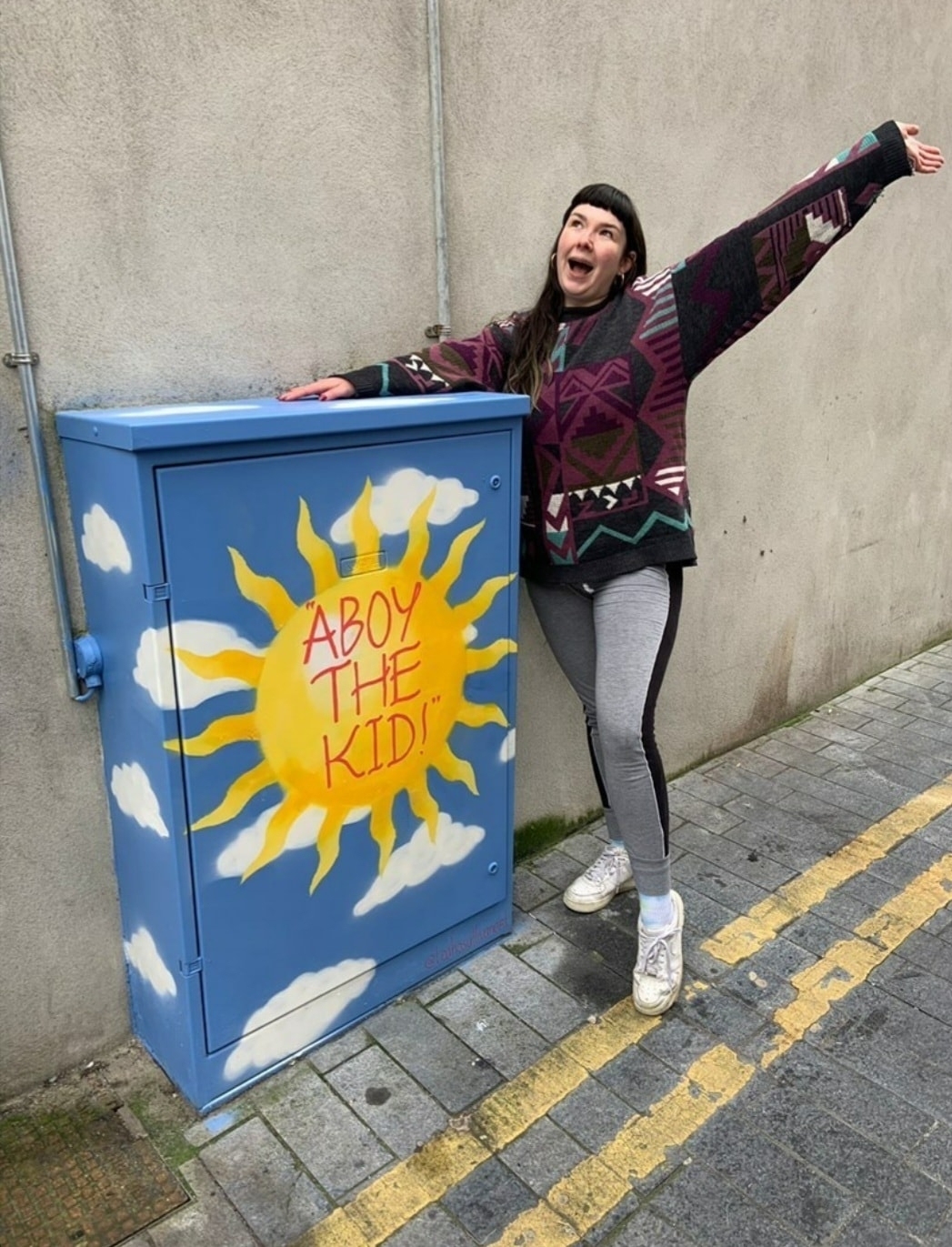 Leah O’Sullivan with her creation.

A number of colourful art displays have appeared on utility boxes across Limerick City.

The idea to spice up the city’s utility boxes, which are typically coloured a dull green or grey, first came about in 2019.

“We pitched the idea to Limerick City and County Council,” Draw Out founder Catherine O’Halloran told I Love Limerick.

“We were certain this project should represent Limerick’s identity, while also communicating the diversity that exists within the city’s art scene.”

Under this theme of ‘Limerick’s Identity’, three artists recently got to work injecting a pop of colour into the city streets.

In the coming weeks and months, more works of urban box art will continue to emerge.

While the project is open to all Limerick-based artists, the Draw Out team hope to give traditional and fine artists a chance to engage with an urban campus, applying their work to the cityscape.

“We have an amazing bunch of creators signed up, and the evolution is really exciting to see,” says Ms O’ Halloran.

“We hope the exhibition shows unique perspectives on culture here in Limerick. We wanted to see how the city was imagined through the eyes of its artists.”

The streets could do with more pink imo pic.twitter.com/uZMEZldHB7

Since 2014, Draw Out Limerick have been bringing forgotten areas of Limerick City back to life through stunning displays of urban art. The group have adorned city walls with stunning murals of Limerick icons such as Delores O’Riordan, Dodo Reddan and Constance Smith.

Keep an eye on your local utility box – it could be next!

For more stories about Draw Out Limerick, go HERE

For more information on Draw Out Limerick, go HERE

Related Topics:draw out limerickLimerick City and County Council
Up Next