By Richard Lynch on November 8, 2017@richanthon 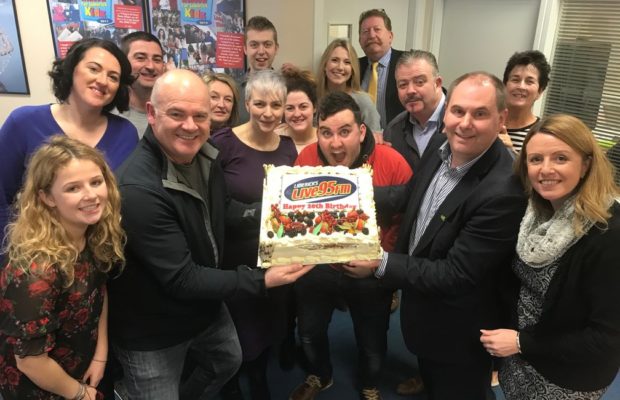 Limerick’s Live 95FM celebrated its 20th birthday on the 6th of November this year. The radio station aired for the first time in November of 1997, under its first name ‘New 95FM’.  Since airing its first song – Dreams by the Cranberries, Live 95FM has strived to provide top class news, sport, entertainment and music for its listeners.

In 2000 the station changed its name from “New 95fm” to “Limerick’s Live 95FM”. The start of the new decade also saw the station move out of its first property in O’Connell Street and move to Radio House on the Dock Road in Limerick.

Speaking on Limerick Today yesterday, former Breakfast Presenter, Ruth Scott said “Live 95FM was my first big radio job and I kept some very good friends from there. There was such good energy, enthusiasm and hope there.”

Over the last twenty years the station has gone from strength to strength, moving with the changing times of technology and the development of social media. Live 95 FM is now a staple part of the Limerick Community through on-air discussions and the station’s presence at many local events.

Station Director, Joe Nash says “It’s a moment of great pride for us all to celebrate the 20th birthday of Limerick’s Live 95FM. The radio station has developed and grown since it’s opening on the 6th of November 1997 but it’s aim has remained the same; to provide a high quality and informative radio service for all those in Limerick city and county.”

“I want to sincerely thank the team, both on the air and behind the scenes, many of whom have stood beside us since day 1, their commitment, hard work and friendship is constant. I would also like to thank all the businesses who has advertised with us over the last 2 decades and finally, I would like to thank our listeners for their loyal support and company on air over the last 20 years, it is a great occasion for us to celebrate Limerick’s Live 95FM’s 20th birthday with them.”