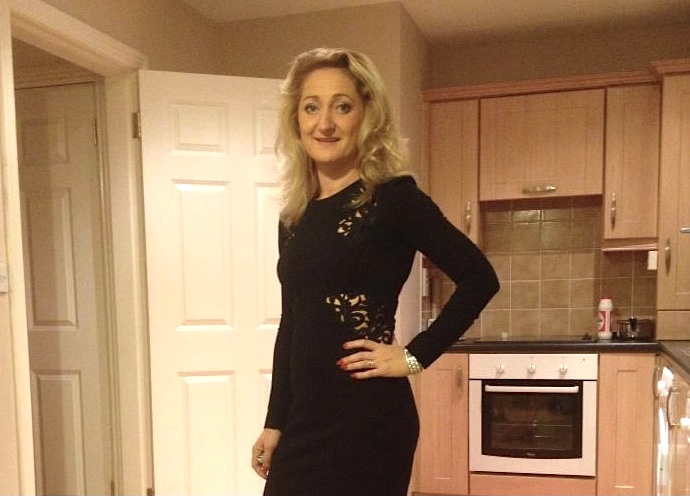 Marion McGuane pictured above will shave her head live on Facebook, Saturday, March 27 at 5 pm

Marion McGuane, from Lee Estate, will be going live on Facebook this Saturday, March 27, to shave off her blonde hair with the help of her children to raise funds for her friend Ger Tracey who is battling stage four cancer.

Marion will say goodbye to her locks once the GoFundMe page hits €50,000. So far, an incredible €42,746 has been raised of the €50,000 target and things are looking positive for Ger and his family to reach their goal. Marion believes that the huge amount of donations is reflective of how loved Ger is by the citizens of Limerick.

Ger is both family and a friend to Marion. When she found out about Ger’s financial struggle to pay for his treatment, she was devastated. She said, “I was absolutely devastated to think that money can stand in somebody’s way to fight to live, to get better or even to give time. That really struck me.”

Marion decided to shave her head to stand in solidarity with Ger and with every person battling cancer. She said, “I stand with all those strong women that had to lose their hair, whether it be through cancer, alopecia or medical reasons. I feel that hair doesn’t define who a human being is. I want to stand in solidarity with every cancer fighter because it has been in my own family as well and I don’t think there’s a family that hasn’t been affected by it.”

Kind-hearted Marion who also works as a volunteer for Limerick Treaty Suicide Prevention added, “I’m very passionate about other human beings. I’m passionate about inspiring other human beings and if I can shave my hair, maybe someone out there that is sick and has beautiful hair will get the courage to say, “look it’s going to fall out anyway, take the plunge and go for it”. You defy your beauty yourself, it’s from within.”

Marion decided that for the head shave she will wear a t-shirt with the quote “where there is love there is always hope”, a message Marion strongly believes in. She is very optimistic that the GoFundMe page will reach its goal. She is ready to shave her hair and is not at all nervous. Her family and friends are supporting her. When her kids heard the news that their mam would be shaving her hair, at first they were shocked, but when they heard how it could help Ger they were blown away. Marion said, “They were so on board, the other day they asked, “can we do it now?” I said no, we have to hit the target first. They would have done it there and then in the kitchen!”

Marion was amazed at the generosity from the community, “the people of Limerick have been so generous that I can’t even thank them enough. I just think Limerick people are amazing when it comes to things like this.” By standing in solidarity with Ger, Marion is letting him know that everyone in Limerick, people he has known all his life, are standing with him. Marion said, “This has shown that through solidarity or doing something like this, we can show that love will conquer all. Where there is love there is always hope.”

Ger’s family needs all the help they can get to pay for his medical treatment. Ger had to take a colonoscopy where the doctors found a very bad tumour that was 6.5cm in size. Ger and his wife Laura found out that their health insurance would not cover the procedures he needed such as radiofrequency and genetic testing of the tumours which are crucial to Ger’s fight against cancer. Ger’s upcoming surgeries will cost over 50k and that’s only medical expenses. This is adding to the huge amount that Ger has already had to pay without any help from his health insurance.

To donate to Ger Tracey’s cause you can donate using the link below. Ger and his family would appreciate any donations people can give through this tough time.

You can watch Marion shave her head for Ger this Saturday, March 27, on her Facebook page.

To donate to Ger’s Go Fund Me Page go HERE