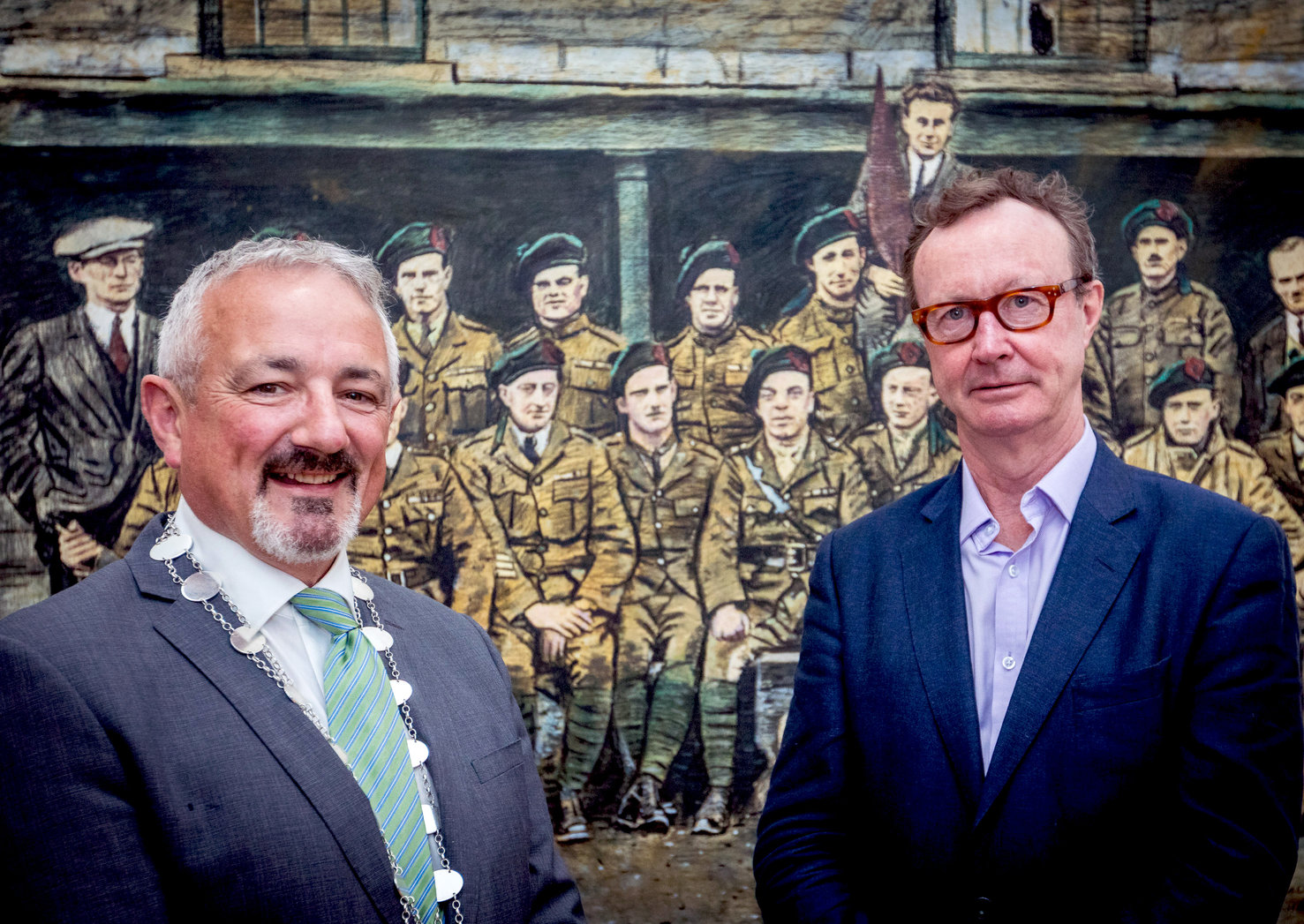 Mick O’Dea , born in Co. Clare in 1958 studied at the National College of Art and Design, Ireland and the University of Massachusetts from 1976 to 1981. He later completed an MFA at Winchester School of Art Barcelona and Winchester in European Fine Art (1997).

Mick was appointed as the first School Principal of the recently reopened Royal Hibernian Academy (RHA) School and Studios (2006-2011) He was elected ARHA in 1993, and in 1996 RHA and a member of Aosdána. In 2014 he was elected President of the RHA and was appointed to the Board of the National Gallery of Ireland. In 2014 he was made an honorary member of the Royal Scottish Academy and in 2015 he was elected an Honorary Fellow of the Anatomical Society in Magdalene College Cambridge. In 2016 he was appointed the chair of the Stamp Design Advisory Committee and a member of the Philatelic Advisory Committee of An Post.

Thank you so much to RHA for the invite to your 188th exhibition this evening. Superb event. So proud of fellow Ennis man Artist Mick O’Dea. @MickODeaArtist @RHAGallery @SteinAmelia pic.twitter.com/sULG0YBBQb

Mick O Dea has exhibited and participated in residencies in Ireland and abroad. His most recent awards include The Ireland US Council/Irish Arts Review Portraiture Award and the Royal Ulster Academy Portraiture Award (2013).

This exhibition is part of Limerick’s programme of events for the Decade of Centenaries. In it, Mick O Dea showcases some of his most interesting work dealing with what many historians now call the Irish Revolution from 1916 to 1923. Indeed, Mick O’Dea is the ideal person to depict these events. Of this period, he said, “History is never over, history is always present.”

For him, it is a journey back to childhood in Ennis, where as a boy he played toy soldiers in the family bar with both Old IRA veterans and former British soldiers who had fought in the Second World War. The artist remembers that “in my father’s pub, the ex-British army men were rank and file rather than commanders, though when it came to giving me advice about how to lay out my plastic soldiers they took on the role of commanders. ”

In Tans, it is remarkable to see how O’Dea transformed Irish historical photographs (nicknamed “the mirror with a memory”) into something more life-like and real. Throughout the exhibition previously inanimate faces are lit up by living warmth and personality.

Both Limerick Museum and its partner institution Limerick City Gallery of Art are committed to the support and the exhibiting of both Irish historical and contemporary art. We must never forget that today’s contemporary art is tomorrow’s historic art.  To this end, last April, Limerick Museum, with the invaluable help of Maurice Quillinan, commenced a series of temporary exhibitions of contemporary art. So far, our series has consisted of works by Sam Walsh, Maurice Quillinan and now Mick O’Dea. After Mick, we will welcome Cindy Fogarty in September and Trish Taylor-Thompson in November.

Now it is over half-way through the Decade of Centenaries. The period from 1912 to 1922 was one of the most eventful in Ireland’s history. From the campaign for Home Rule, through World War One and the Easter Rising of 1916 to the foundation of the Free State, this was a decade of great change. Campaigns for social reforms — highlighted by the suffrage movement and the 1913 Lockout, for example — also went hand in hand with political events. The Decade of Centenaries programme aims to commemorate each step that Ireland took between 1912 and 1922 in a tolerant, inclusive and respectful way.

This exhibition is part of Limerick’s programme of events for the Decade of Centenaries. In it, Mick O’Dea brings to bear all his wealth of experience as a painter of both portraits and landscapes. Over the past few years, he has produced a large body of work on the Irish revolutionary period. Indeed, Tans is one of the outputs of Mick O’Dea’s own personal research “project.”  He has read countless books, trawled through official and unofficial records, collected historical photographs and created numerous canvases and sketches. His paintings epitomise the difference between painting and photography where the paintbrush can plumb the depths of the subject in a manner that the camera cannot. In Tans, it is remarkable to see how he transformed Irish historical photographs into something more life-like and real.

Throughout Tans previously inanimate faces are lit up by living warmth and personality.

Both the IRA and British veterans would be very proud to see how their influence had borne fruit on this wonderful exhibition.

Congratulations to Mick O’Dea for this major contribution to the decade of centenaries in Limerick and to Dr Matthew Potter, Curator of Limerick Museum and his team for hosting it.