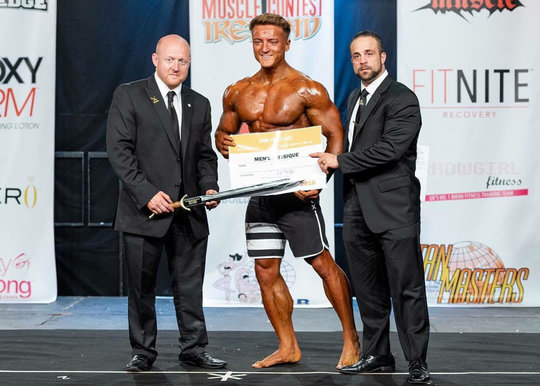 Gormley picks up title at Muscle Contest Ireland 2018 in Limerick

Gormley picks up title at Muscle Contest Ireland 2018 in Limerick

Limerick is also one of the only cities in the entire world with a weightlifting memorial, commemorating John O’Grady, a multi-world champion from the nineteenth century, that has been standing for almost one hundred years.

The event was hosted by multi-USA champion Tamer El Guindy and Limerick’s very own multi-Irish National and World Champion Brian Bullman at the South Court Hotel and Convention Centre. Almost two hundred athletes from more than twenty countries came to Limerick to compete for the six IFBB pro league cards.

One professional bodybuilding champion walked away with an invitation to Joe Weider’s Mr. Olympia contest in Las Vegas later this year. David Henry, a former Olympia champion of the United States earned his spot on the road to the Olympia once again.

Over one thousand spectators witnessed the top amateur and professional physique athletes competing in various categories.

Brian Bullman was very excited to announce that this is now an annual event to be held in Limerick, bringing athletes and fans from around the world to Limerick and giving the local economy and Limerick’s reputation as the international city of sport some more muscle.

For more stories on events in the South Court Hotel go here.