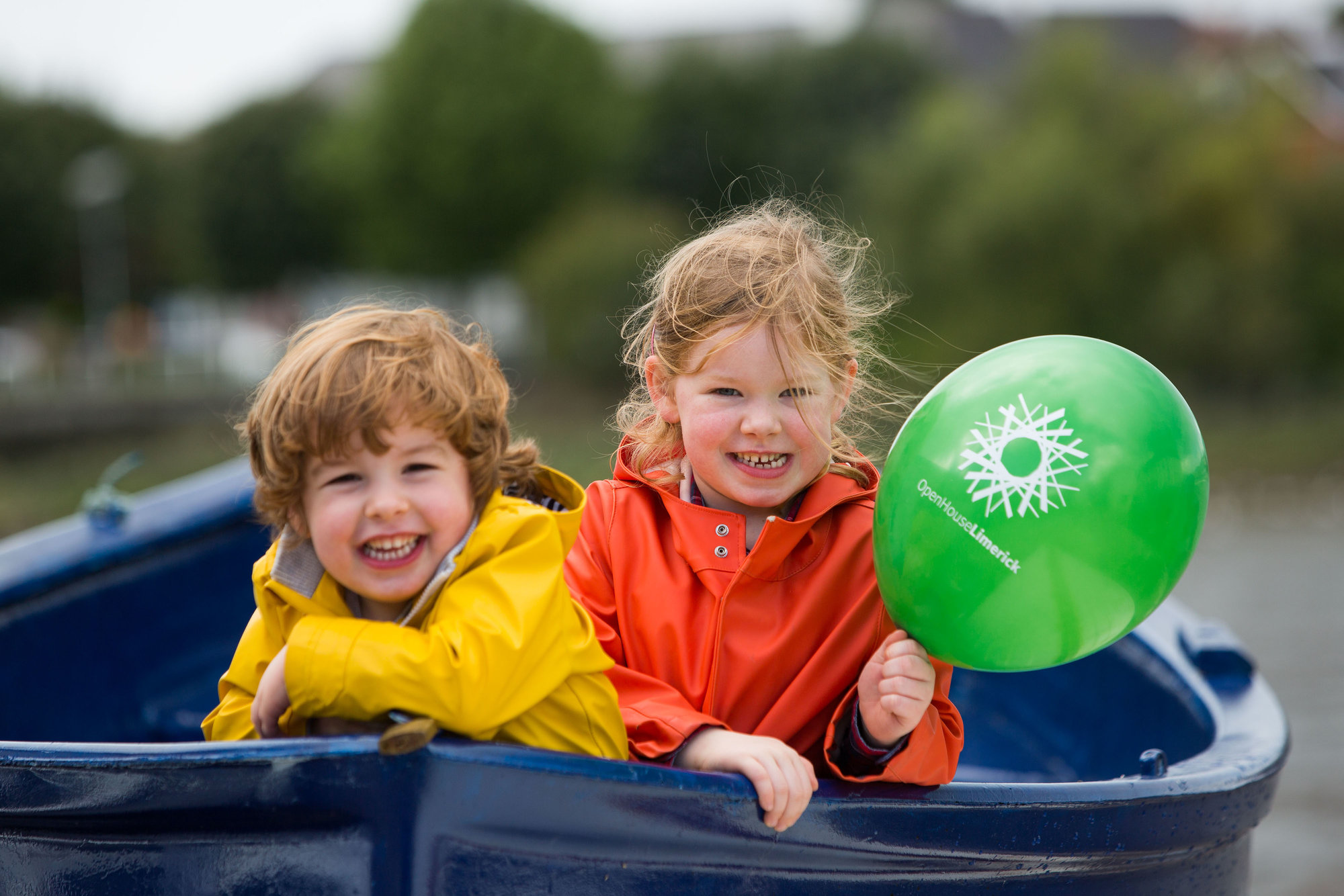 In advance of this year’s Open House Limerick 2017 event, Alexandra and Benjamin Donoghue Corbett are testing the boats in the Curraghgour Boatclub, one of the venues open to the public over Open House Limerick Weekend. Picture: Oisin McHugh/ True Media.

The Gardens International site, part of one of the flagship Limerick Twenty Thirty developments in Limerick city centre will be open to the public as part of this year’s Open House Limerick 2017.

Visitors will get an insight into the work that is being undertaken to construct a modern office space while retaining the architecture and spirit of the past.

The Gardens International site is just one of a number of homes and buildings that will be available for viewing during Open House Limerick, a festival which celebrates architecture.

Now in its sixth year, it takes place this weekend from Friday, October 6 to Sunday, October 8, 2017, across Limerick city and county.

Among the other locations open to the public include the Passive House in Priory Park, An Cora in Castleconnell, Cahernorry Church and Gardens, the Bishop’s Palace, Curraghgour Boat Club, Cleeves Factory Grounds, Limerick Sailor’s Home as well as a fascinating tour of the Docks including the Ranks Silo and Bannatyne Mill.

New additions to the programme include Courtyard House, Newport, the Convent of Mercy, O’Connell Avenue and a series of tours, walks and children’s events.

All events are free of charge but some do require pre-booking.

All buildings in the festival will be staffed by volunteers and tours will be guided by professional architects and historians.  Many of the buildings are not normally open to the public, such as private residences and workplaces and this is a rare opportunity for the public to gain access.

A special launch takes place in Ormston House on Patrick Street in the city on Friday, October 6.  It will focus on two-period homes and the very diverse approaches taken to refurbish and reoccupy them.

The first house, Cahernorry Church and Gardens is the home of the recent winner of RTE’s ‘Supergarden’, Des Kingston and he will be in conversation with Tom Shortt, owner of Walnut House, which has featured in previous Open House Limerick programmes.

Maria Donoghue, Architect with Limerick City and County Council and Chairperson of Open House Limerick said: “The theme of this year’s event is ‘Architecture is Story’.  It examines the buildings and spaces that contain the lives and stories of Limerick’s urban and rural citizens.”

“People are always fascinated with what other people have done with their homes and Open House is an ideal opportunity for people to have a sneak peek.”

“We are delighted that so many homeowners and businesses are willing to open up their properties over the weekend.  The whole event wouldn’t happen if they weren’t willing to make the sacrifice.”

“This is the sixth year of Open House Limerick and we are calling on all the people of Limerick to check out at least one of the properties over the weekend.”

Open House was established in London in 1992 as an initiative to open up first-rate architecture to the public stirring an interest for urban built heritage.

Limerick has been a member of Open House Worldwide Family since 2012 alongside Helsinki, New York, Melbourne, Rome, Belfast, Dublin, and Cork.

To find out more about Open House Limerick 2017 click here

To get involved with Open House Limerick 2017 click here