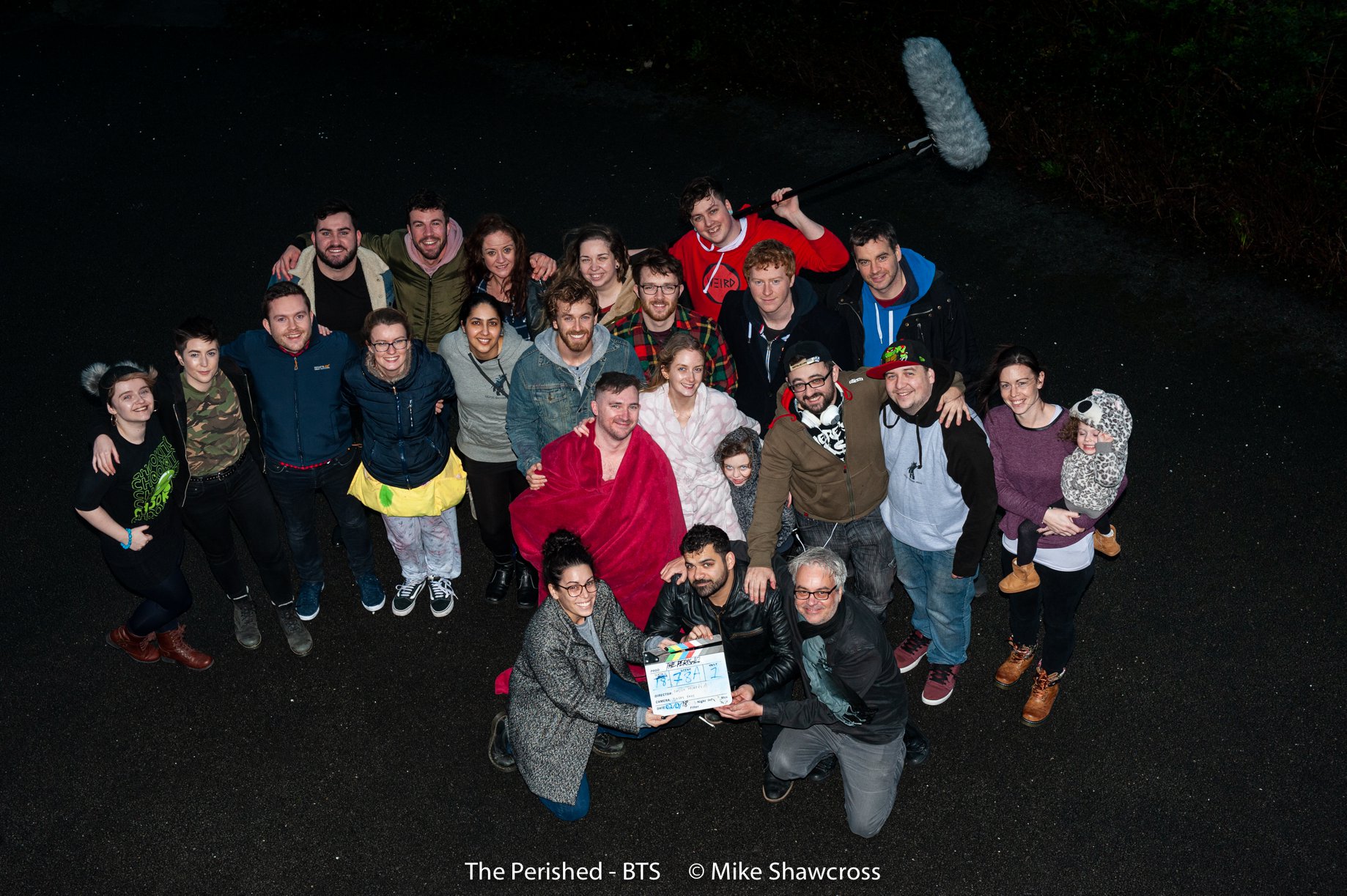 Perished Hometown Premiere:…The Perished is a drama/horror film which tells the story of a young Irish woman named Sarah Dekker (award-winning actress, Courtney McKeon) who finds herself dealing with an unwanted pregnancy, her subsequent abortion, and the consequences of a judgmental society.

Following an impressive festival run, the Irish supernatural horror/thriller The Perished, the second feature film from Irish writer/director Paddy Murphy (The Three Don’ts), will be released in North America through US distribution company The Horror Collective.

Paddy Murphy is an Irish film-maker based in the Limerick/Clare region. Paddy came to film from a background in video game development.

The Perished Hometown Premiere will take place at the Odeon, Castletroy, Limerick at 9.20 pm on Friday, March 13.

This will be the last time for Irish audiences to see the film before it’s US release until a distributor is locked in for the territories of Ireland and the UK.

The Perished is a drama/horror film which tells the story of a young Irish woman named Sarah Dekker (award-winning actress, Courtney McKeon) who finds herself dealing with an unwanted pregnancy, her subsequent abortion, and the consequences of a judgmental society. While recovering from the abortion, a young woman is tormented by the spirits of the unborn…who seek a mother.

The film was written and directed by Paddy Murphy, who produced alongside Barry Fahy and Vachn Gill. It stars Courtney McKeon (The Three Don’ts), Fiach Kunz (Game of Thrones), Paul Fitzgerald (The Sleep Experiment), and Lisa Tyrrell (Urban Traffik).

The Perished is coming to the end of its festival run, having world premiered at FrightFest UK, the largest horror and genre-specific festival in Europe, in August 2019.

Perished Hometown Premiere in Limerick will cost €6 for tickets and includes a small popcorn at reception. Tickets available via Eventbrite

The film had its Irish premiere at the Irish Film Institute as part of Horrorthon in October 2019 before playing several locations in the UK (garnering a number of awards), Italy and most recently having its US premiere at Panic Fest in Kansas City, Missouri.

At Panic Fest, the film was introduced by Joe Lynch – director of ‘Wrong Turn 2’ and, most recently, Netflix’s ‘Point Blank’, which starred Frank Grillo and Anthony Mackie.

Joe Lynch not only did the introduction but also went on to moderate the Q&A and championed the film online, stating, “It’s like Ken Loach remade ‘Don’t Look Now’!”

The poster was designed by acclaimed artist Christopher Shy, who created posters for ‘Godzilla: King of the Monsters’ and ‘Pet Sematary’, and more.

Post-production and sound were handled by Massimiliano Borghesi (Book of Monsters). A limited number of exclusive posters will be available at The Perished hometown Premiere at a cost of €5 per poster.

The Perished Hometown Premiere in Limerick will cost €6 for tickets and includes a small popcorn at reception. Tickets available via Eventbrite at the following link:

Critical praise for THE PERISHED:

“Like something straight out of Clive Barker’s mind.”
–Kat Hughes, The Hollywood News

“It looks like Irish genre films have got a rising star to keep an eye on!”
–Pip Ellwood-Hughes, Entertainment Focus