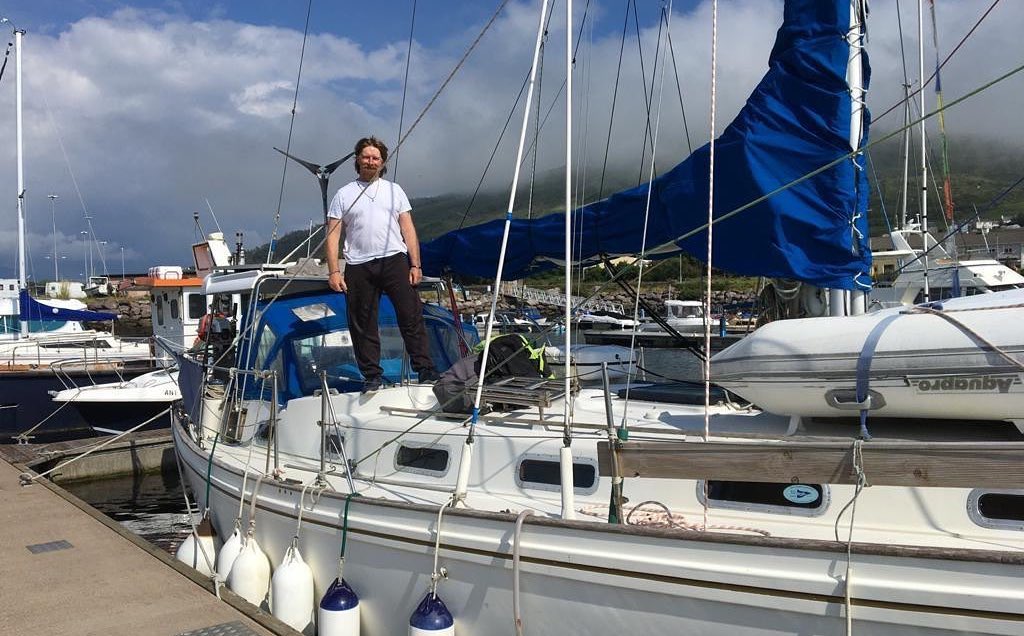 UPDATE: Limerick’s Peter Lawless will be the First Irish Person to Sail Solo, Non-Stop, Unassisted around the World

UPDATE: Limerick’s Peter Lawless will be the First Irish Person to Sail Solo, Non-Stop, Unassisted around the World

Limerick yachtsman Peter Lawless will set sail from Kilrush Marina, Co. Clare on Saturday, August 21, in the hope of being the first Irish person to sail solo, non-stop, unassisted around the world.

Peter’s daughter Rachel Benson told I Love Limerick, “Emotions amongst family and friends are crazy right now, it’s a mixture of excitement and nerves. We’re nervous that anything could happen and we wouldn’t know, but we are still excited for him.”

Peter’s father Pat Lawless also circumnavigated the world at the age of 70, returning in 1996 after three years at sea.

“I wasn’t there when my grandfather left as I was quite young, but I’ve seen pictures. The excitement that day was crazy. I can’t wait to have that experience for my dad and for him to enjoy it, it’s his life’s dream to do this,” tells Ms Benson.

Just two weeks from setting sail, Peter has been sponsored by the Irish Whale and Dolphin Group. The group contributed to the purchase of Peters wind vein, which will help keep his yacht ‘Waxwing’ on course. In return, Peter will test out the IWDG’s new reporting app, which he will use to log sightings of wildlife while at sea.

“The work that The Irish Whale and Dolphin Group do is amazing, it’s a big thing for him to be helping them. He loves nature and everything to do with it, so this is just another step for him, to incorporate nature into his trip,” said Ms Benson.

Members of the public are welcome to come and watch Peter set off on his trip around the world. Peter Lawless t-shirts are a plus if worn – they are available to purchase on Peter’s website, with proceeds going towards the trip. A draw is also running on the website to win a painting by a local West Clare artist. All donations or sponsorships can be arranged on the website.

All the team at I Love Limerick wish Peter the very best of luck!

To purchase a t-shirt or make a donation, go HERE

Update: Limerick’s Peter Lawless will be the first Irish person to sail solo non stop unassisted around the world (6 August 2020)

Limerick man Peter Lawless plans to be the first Irish person to sail solo non-stop unassisted around the world via the great capes.

The yachtsman is hoping to emulate his late father Pat Lawless who previously sailed solo for 3 years in 1996 at the age of 70.

In August 2021, the 52-year-old and father of three is hoping to set a world record on his trip from Co Clare, down the Atlantic around the five great capes, and from South Africa to Australia, from Tasmania to New Zealand, and back to Kilrush.

Lawless who is a carpenter by trade, will be fighting the odds on his eight-month adventure on his 41ft yacht ‘Waxwing’, which is renowned especially for long-distance.

The brave yachtsman Peter Lawless speaking about his upcoming adventure said, “Since I was a child, I have always loved survival movies, stories and books. Solo sailing for me is the ultimate survival challenge. You have to be everything, sailor, navigator, Mechanic, cook and keep everything working perfectly as well as sailing safely across the oceans. I have always wanted to sail around the world, every aspect of the challenge is exciting for me.”

Peter spoke fondly of his father saying, “In 1996 my Father came back after a 3-year solo circumnavigation at the age of 70, sailing into Kilrush Marina. He was a huge inspiration for me and we were all so proud of him.”

He concluded, “I have had to take courses and exams over the years and one of them was my Yacht master ocean course, this is where I learned Celestial navigation and the use of the sextant. There is something lovely about looking at a paper chart and marking your position along a route. This solo circumnavigation is a big challenge and not a decision I made overnight, but I have a great boat, fantastic family and friends behind me and with good preparation and equipment it will be incredible.”

All of us at I Love Limerick wish Peter the best of luck in his upcoming adventure traveling solo around the world!